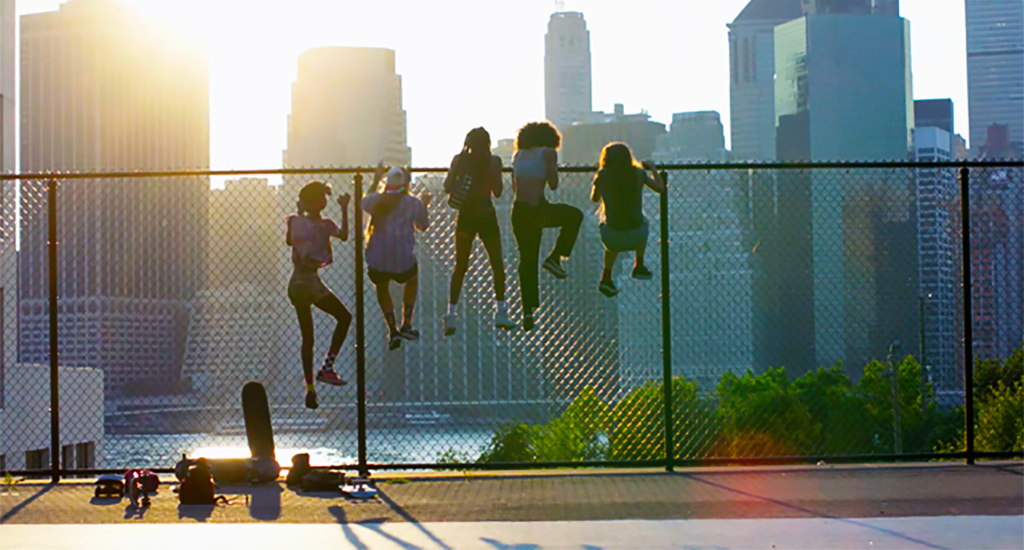 When director Crystal Moselle met the New York-based group of young female skateboarders known as Skate Kitchen, her first instinct was that they would be fascinating subjects for a documentary. Having made the surprisingly joyous 2015 doc The Wolfpack — about a family of homeschooled kids who lived mostly in confinement in their Manhattan apartment — she would have been the perfect candidate to do so.

Instead, Moselle decided to cast the real girls in a loosely plotted film based around their real personas. The gamble paid off, and Skate Kitchen as a coming-of-age fictional film works beautifully. It turns out that the group’s friendship and camaraderie translates naturally to the screen, even after adding one bonafide Hollywood movie star (Jaden Smith, who blends in nicely) to the cast.

Shy New Jersey-based Camille (Rachelle Vinberg) finally feels like she’s found her pack when she gets in a fight with her mom (Orange is the New Black’s Elizabeth Rodriguez), ends up in New York, and is taken in by a group of girls. This is the rare movie that’s actually about female friendship, and it allows its characters to express their individuality as they’re also trying to define their identity. At least partially because female skateboarders have to carve their own niche in a male-dominated subculture, these girls have each others’ backs. 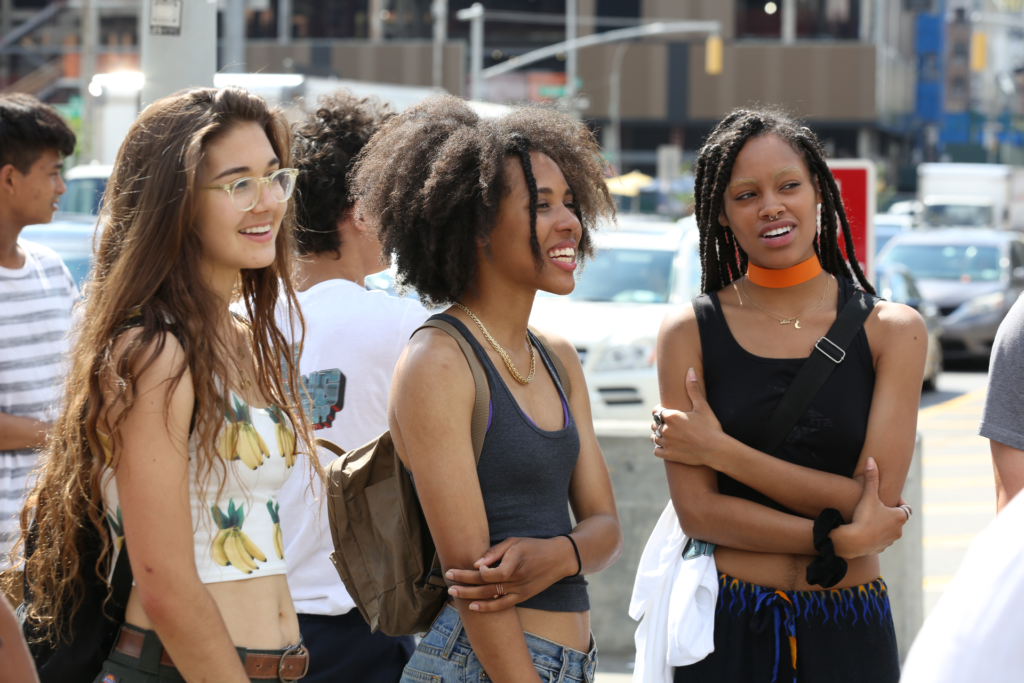 The plotting is loose, and it unfolds slowly and unpretentiously, with improvised and overlapping dialogue. Skate Kitchen might have seemed slow had the underlying characterization not been as rich as it is. Moselle coaches some amazingly real performances out of these first-time actresses. Two more MVPs are director of photography Shabier Kirchner, whose unobtrusive handheld camerawork contributes to the film’s naturalistic style, and skateboard cinematographer Joey Dwyer, whose roving camerawork gives the movie a kinetic energy that matches it freewheeling subjects. Skate Kitchen doesn’t reinvent the wheel, but it is a rare strain for a coming-of-age flick.