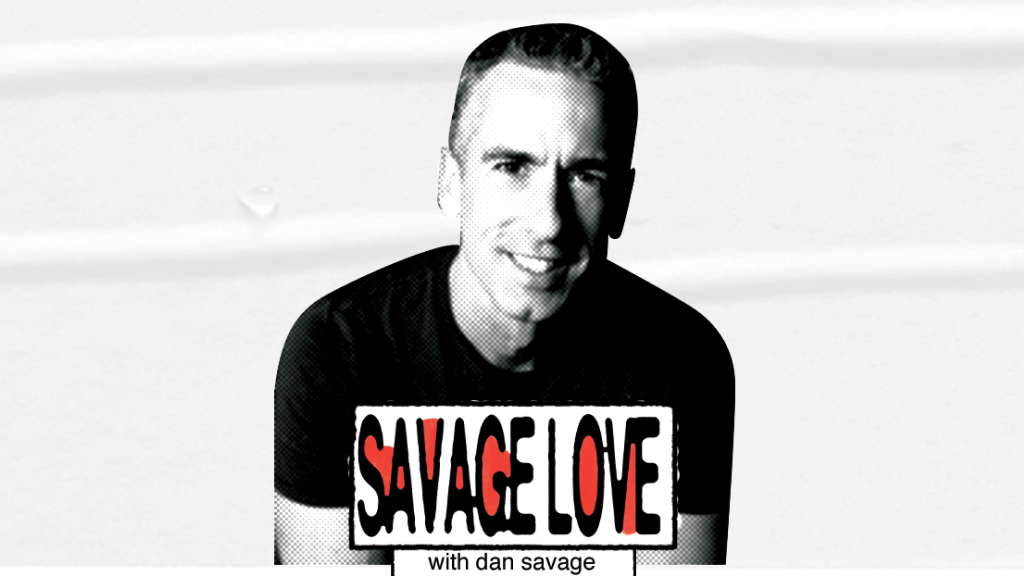 Dear Dan: I’m a 35-year-old woman. I recently discovered I’m a size queen. (Is it OK for me to use this term?) This has been brewing for a while as I have dabbled with purchasing larger and larger cucumbers and fucking myself with them after a good wash. I use a condom and tons of lube, and it’s been amazing. Are there any safety or health concerns I should be aware of? I’m moving away from fucking produce and purchased my first sizeable toy. I see safety tips online for men who like large toys in their butts, but I wanted to know if there is anything I should be aware of as a vagina-haver. I mainly partner with men, but am expanding to date women and I’ve been fisted only once by a woman and absolutely loved it.

Dear FILLED: So long as you’re taking it slow, FILLED, so long as you’re using lots of lube, so long as you’re playing with toys that have flared bases and were designed for insertion play, and so long as those toys are made of body-safe materials like silicone, then you’re doing everything right. And yes, FILLED, you may use the term “size queen” to describe yourself!

Dear WETONES: Does fucking someone who’s wearing a dog collar count as bestiality? Of course not, WETONES, because dog collars no more turn consenting adults into dogs than diapers turn consenting adults into infants. And the disapproval of strangers on the Internet not only won’t stop an adult who wants to wear diapers from wearing diapers, WETONES, that disapproval makes wearing diapers all the more arousing because the transgression and “wrongness” of wearing diapers makes wearing diapers arousing—not for everyone, of course, but for most people who are into wearing diapers. Which means your disapproving friends are playing right into the pervy hands/crinkly rubber shorts of all the diaper lovers out there. And while it’s true that some people who are into age play are also into diapers, WETONES, it’s not true that everyone into diapers is into age play. For most people who get off on diapers it’s the humiliation of being a diapered *adult* that turns them on, not the fantasy of being a child.

Dear Dan: Here’s a quickie: If a woman is attracted to cis men and non-binary humans (who can have either a penis or vagina) but that woman is not attracted to cis women… would that woman be bi or pan? Labels are not super important to me, Dan, but I’m calling on my friendly neighborhood sex advice columnist for help just the same!

Loves All Bodies Except Ladies

Dear LABEL: While bisexual was once commonly understood to mean, “attracted to both sexes,” the Human Rights Campaign’s online glossary now defines bisexual as, “emotionally, romantically, or sexually attracted to more than one sex, gender or gender identity.” That same online glossary defines pansexual as, “the potential for emotional, romantic, or sexual attraction to people of any gender.” While on the first read there doesn’t seem to be much daylight between those two definitions, LABEL, there actually is some difference between being attracted to “more than one [gender]” and being attracted to “people of any gender.” And while a lot of people use bi and pan pretty much interchangeably these days, the bi label is probably a slightly better fit for you, LABEL, seeing as your libido disqualifies all members of one gender—your own—from emotional, romantic, or sexual consideration.

Dear Dan: I’m a queer man who’s starting to bottom again after ten years of being on top. I have a butt plug that my anus keeps pushing out, even though I’ve tried relaxing and lots of lube. It feels great when it’s in, and then there it goes! I need tips! But not just the tip please.

Dear Dan: I am an avid reader, and I incorporate much of your advice in caring for my patients. I have tremendous respect for you and your column. Nonetheless, I must raise a concern about a small comment on in your response to COVET, the woman who was wondering about getting together with a new partner for sex despite social distancing: “Life is short,” you wrote, “and this pandemic is going to be long.” The lockdown is indeed difficult, Dan, but the concept that “this pandemic is going to be long” leads too many of us to feel as if the pandemic will never end. Impatience is driving some people to risky behavior that can be otherwise avoided. With attention to safety measures, we can reduce our risk of infection, as well as emotionally survive until a vaccine is available. Patience with the pandemic is analogous to the perseverance that Londoners used to get through the bombings of WWII.

Dear Dan: I got into my Lyft at 6 a.m. this morning to go to the airport. My driver was an older man with a southern drawl. The Savage Lovecast was playing on the radio when I entered his car and I thought he was going to turn it off when he realized it was still on, and I was already planning to ask him to turn it back on if he did. I’ve had some heartfelt beautiful and rich conversations with my Lyft drivers and I thought we would bond over our shared love of your show. I was literally sitting in the backseat thinking, “This is so great, we are so different but we have at least one thing in common, I wonder how long has he been a listener, and could he be a Magnum subscriber too?” Then I realized the episode playing was the one I was listening to the previous night as I fell asleep… and then I realized my phone was connected to his car’s Bluetooth. Oops. Love you, Dan!

Dear SIT: Thank you for sharing, SIT, and thanks for turning a new listener on to the Savage Lovecast!