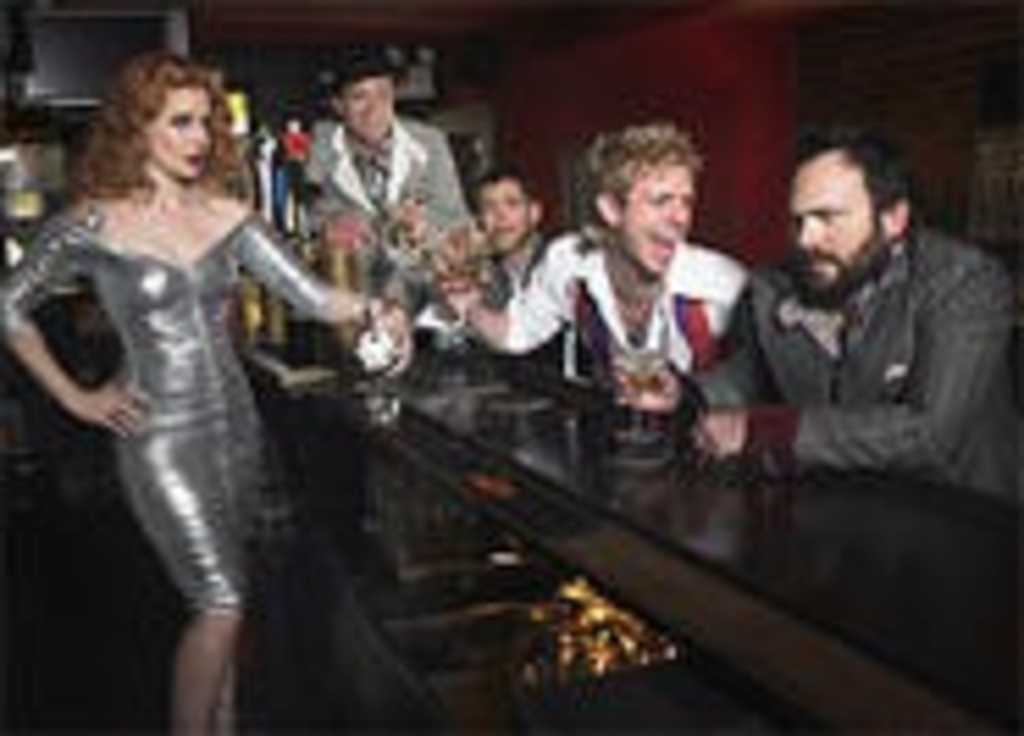 When Oliver Stumm of the New York label A Touch of Class Recordings first saw the Scissor Sisters perform in 2000, he saw something special. This isn’t a surprise now — over-the-top shows have helped the quintet become pals with Elton John and fill arenas in Australia — but back then, a Scissor Sisters gig wasn’t exactly the flamboyant spectacle it is today. In fact, that night in Brooklyn, Stumm witnessed an embryonic band: Jason Sellards (aka “Jake Shears”) and Scott “Babydaddy” Hoffman, performing with a CD player and a microphone. The pair had yet to add glamorous vocalist Ana Matronic to the lineup (Shears met her at a 2000 Halloween party); neither guitarist Del Marquis nor drummer Paddy Boom, who was the last to join the band, were in the picture.

Stumm eventually signed Scissor Sisters to A Touch of Class, which released a trio of songs that helped the band snag a licensing deal with Polydor/Universal: the new-wave-synth-pop swerve “Electrobix”; a warm, digi-funk cover of Pink Floyd’s “Comfortably Numb”; and the hi-NRG discotheque scream “Filthy/Gorgeous.” But what he remembers from those early days illuminates quite a bit about the band’s success.

“They were talented insofar that the singer, Jason, has a very good singing voice, a lot of energy,” Stumm says today. “Scott has a lot of talent in creating music and accompanying Jason. We could feel the chemistry between the two. We also liked that they were not coming too much out of clubland. It was more pop music than just another DJ act or something. They were writing real pop songs, and we liked that about them.”

The Scissor Sisters video for “I Don’t Feel Like Dancing” from their album Ta-Dah.

That sense of craft powers last year’s Ta-Dah, the Sisters’ sophomore effort, especially the galloping piano frolic “I Don’t Feel Like Dancin'” — a song co-written by John, whose 1970s catalog has clearly influenced the band. The single made some noise in the United States, but Ta-Dah lacks anything destined to become as ubiquitous as “Take Your Mama,” the bar-band semi-hit from the Sisters’ 2004 self-titled debut. Because it’s not an immediately poppy record and isn’t really danceable overall, consumers and critics alike greeted Ta-Dah with shrugs and scratches of the head. It didn’t fit the mold of what Scissor Sisters music should sound like. But Ta-Dah does sound like an album created by musicians who are completely on the same wavelength — something that drummer Boom confirms.

“The first time around was more of a Lennon-McCartney thing with Jake and Babydaddy,” he says by phone from the UK on a recent Saturday afternoon. “The first record was written generally in pieces. Some of it was written without certain members. We went from two to three to four to five [members], and now we tour as a six-, sometimes eight-piece, band. The second record was written with everybody in and out of the studio, presenting different ideas, bringing different songs.”

Diversity is certainly evident on Ta-Dah, if not its strongest asset. Shears does his best Rufus Wainwright impression on the lushly orchestrated Broadway vamp “Intermission” (also featuring contributions from Sir Elton). “Kiss You Off” is a Technicolor romp that sounds like it could break into “Knock on Wood” at any moment. The bustling “Ooh,” with its percolating percussion and bass, conjures the polyrhythmic moments on Talking Heads’ Remain in Light. And “Paul McCartney” is the sonic equivalent of a raging party, full of peppy horns and manic-panic beats.

The best song on the album, though, is “The Other Side,” a slow, moody number with muted synths and a throbbing pulse. Shears ditches his falsetto for a creepier style, and the result is as sleek as any Roxy Music track, with a dramatic, blazing guitar solo that seems plucked from an episode of Miami Vice.

“That’s so funny you say that — that’s one of my favorites, too,” Boom says about the song. “That was one that sort of came out of left field. That’s an example of another direction that the band can go in — sort of the moody and melancholy instead of upbeat and fun.”

Indeed, Scissor Sisters doesn’t get enough credit (in America especially) for being a band of proper musicians with aspirations for longevity and a desire to transcend the pop realm.

“People have to come see the show,” Boom says. “Then you get sort of the full picture. There’s a lot of razzle-dazzle appeal that people think is just some sort of pop thing that doesn’t have much substance. But the heart of it, it’s a band — now more so than ever because we’ve toured so much and spent about three years on the road in the last four years.”