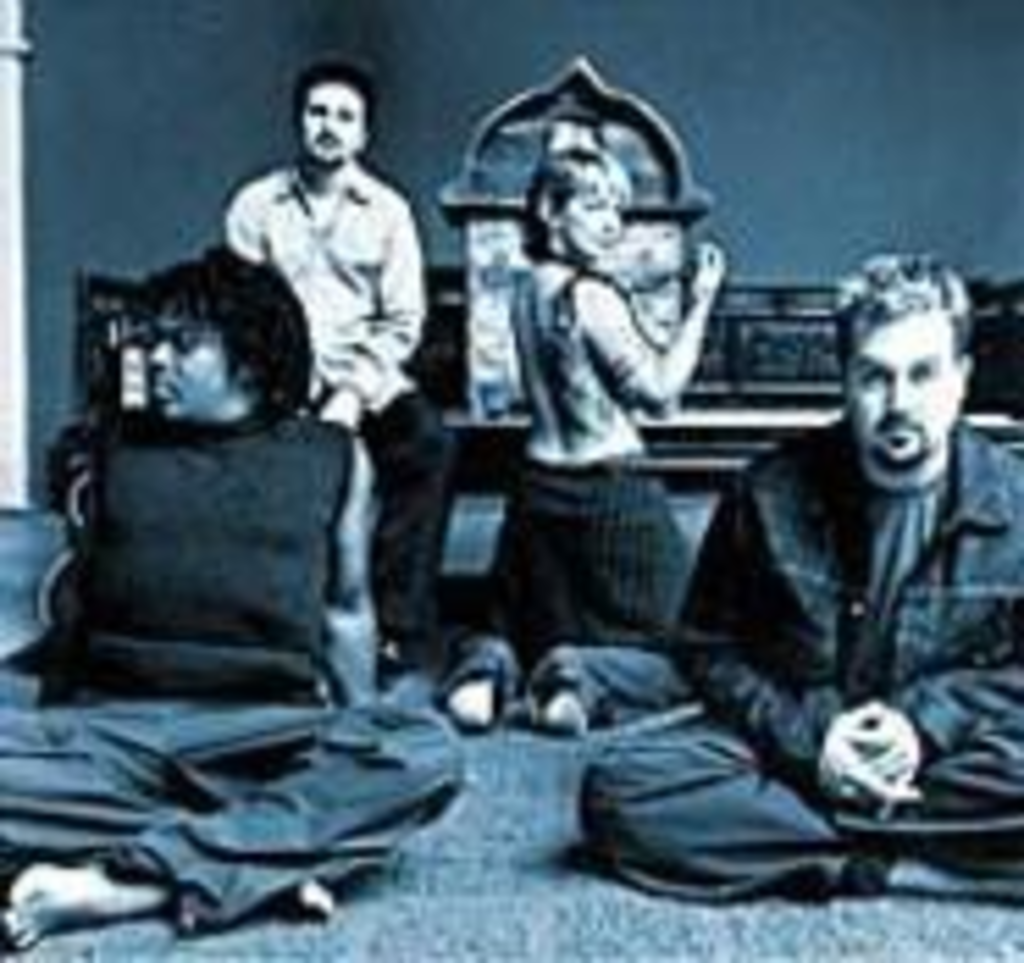 If Arista Records had better promoted Sister 7, the live album that singer Patrice Pike has been mixing in the studio for a week would be the band’s contract-fulfilling kiss-off. Instead, what Pike describes as a “valentine for our fans” (which will be released on April 10, a couple of months after Sister 7’s Valentine’s Day show at The Hurricane) is a spring cleaning, clearing the path for the group’s second decade and new label.

“This fulfills a lot of wishes,” Pike says from her Austin, Texas, home. “Our fans have been asking for a live album a long time, and we get to make good on those requests.” The disc, which culls the pre-Arista highlights of Sister 7’s hometown New Year’s Eve 2000 show with three studio outtakes, is the celebration of a band glad to be untethered.

“We were signed to Arista Austin, then shuffled to Arista Nashville,” Pike says. “If we had been offered a deal originally with Arista New York, which is where we ended up, I probably wouldn’t have signed us. [Arista New York] is known not to be a good place for a rock band. But we ended up not having a choice.”

At least Arista’s Nashville division, which had folded by the time Sister 7’s shot at Y2K glory, Wrestling Over Tiny Matters, came out, gave Pike two important contacts. “Scott Robinson and Dan Herrington were part of Arista, but now that they’ve fulfilled their contracts, they’ve started a label,” Pike says. That label, Dualtone, is the likely launch pad for Sister 7’s live album. “It’s a great deal. The artists get to maintain control of their masters, and the profits will be 50-50. Scott’s vision matches the philosophy we’ve always had about how we should put our music out.”

Like many artists, burned or not, Pike hopes to eventually release music on the band’s own label. Having aligned herself with Austin guru Charlie Jones, who made Pike vice president of his concert promotion company, Middle Man Music, she is firm in her desire to control her career without too many steering hands. “I don’t want to go to another management company now that we’re off the road and off Arista,” Pike says. “The Sister 7 accountant who has been booking us is going to come in and be the business manager.” And as Jones’ office expands — he will soon hire a public relations director — Pike’s role seems likely to change from its “organic” origins as an adviser to what amounts to, in the insular Austin market, a made woman. But Pike knows from recent experience that even a made man can be ousted.

After Arista’s patriarchal goodfella, Clive Davis, was deposed from the label in December 2000, Sister 7 expected the worst. After expressing initial enthusiasm for the band, the new regime, under L.A. Reid, couldn’t connect with Wrestling Over Tiny Matters.

“The new team had a budget to defend and new artists,” Pike says. “They didn’t want to spend money on a project that had already been going on. Davis shelled out the bucks, believed in us, and let us make a record exactly the way we wanted to. I think Reid was in over his head.” She and the band remain upbeat about their relationship with Davis and those who worked under him. “Even after we got the news, there were lots of people who were really good to us. I prefer not to think of Arista as a big bad monster who ruined our record. I look at the micro and see that we still managed to get a top-ten AAA hit in the middle of that whole nightmare.”

It was also in December that Pike, unnerved by the presidential election, began to participate in benefit concerts to raise funds for issues she worries will be forgotten in the Bush administration. “Everyone down here was cranking up, getting ready before we even had the final results. Gay and environmental rights especially,” she says. “We had to resolve ourselves to the likelihood that we would end up with a president who, up until the debates, was a joke.”

Pike watched the election returns in Minneapolis after a Sister 7 show. As fellow Texan Dan Rather slowly melted down and polling veered like a semi with a sleepy driver, the band’s Republican drummer, Sean Phillips, was cast away to his room. “I’m pissed off. I’m angry,” Pike says of the election’s results. “But in a way, I feel like it will be good for us to let things get as bad as they can so that everyone will see how fucked up it all is. We’re in the dark ages again politically. Middle America has no idea how totally and diabolically dishonest the Republicans in power are.”

Pike, wary of spending too much time discussing Arista or the political right while the band has work to do, pauses. And the fact is, Sister 7’s late-winter junket to favorite haunts likely will contain the group’s last appearances until the midterm elections in 2002 that Pike is already hoping will turn the tide.

“It’s important to let our fans know that this will be the last chance to see Sister 7 for the rest of the year,” Pike says. The group will play a few dates in Texas before a hiatus that will result in solo albums from at least three of the band members.

“I’ve had a lot of freedom in this band because I put it out there a long time ago that I didn’t want to sing songs that I didn’t write the lyrics for unless they really resonated with me,” Pike says. “The guys [drummer Sean Phillips, guitarist Wayne Sutton and bass player Darrell Phillips] give me the respect to write my own lyrics, and I return the respect by not turning our band into my pulpit. I don’t make Sister 7 a place to rage about my political beliefs. But I definitely let my freak flag fly for the solo shows.”

Pike is referring to the local gigs she’s played for several years, sometimes accompanied by frequent cowriter Sutton. Pike considers one of her duties as Sister 7’s frontperson to “keep the focus on the band and the music,” but she will enter the studio with Emmylou Harris’ engineer late this spring to begin recording a solo disc. “We all have big catalogs of songs that we don’t take to Sister 7. I’ve been focused on, devoted to the band, and I never wanted to spread myself too thin.

“I would love to make another studio album with Sister 7,” Pike continues. “I don’t know that we will. When you write and conceptualize and record an album, it ends up being a couple of years. So it would be that long before we could do another one, and I’m not one to say what we’ll be doing in two years.”