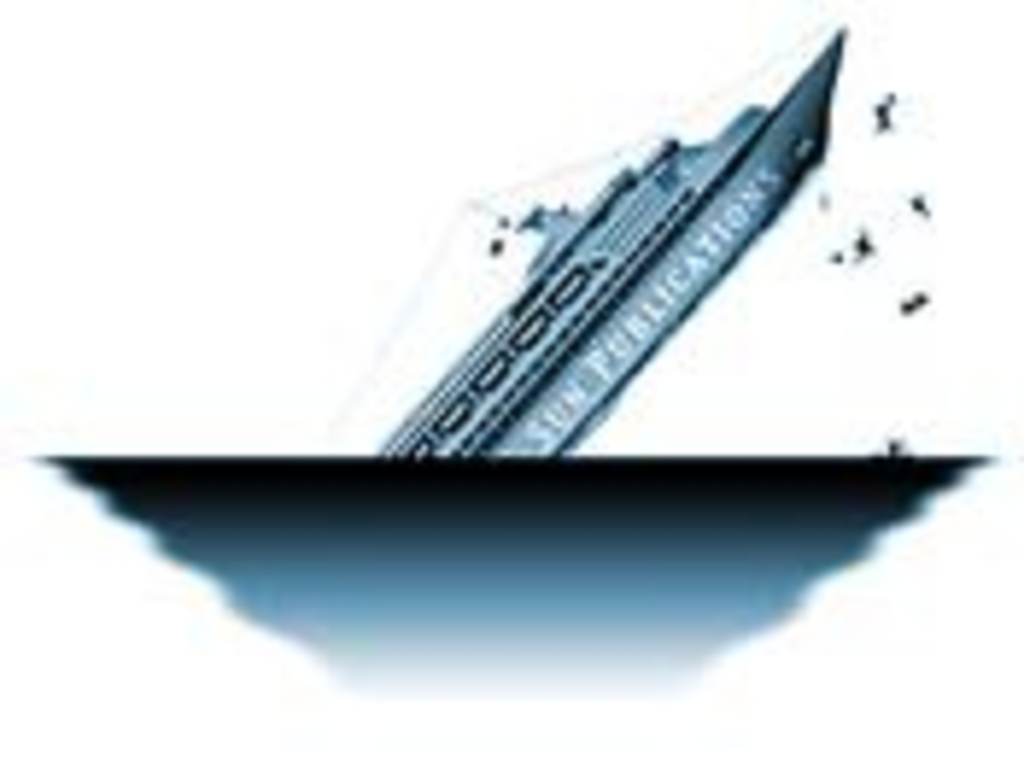 Considering all the turmoil caused during Jim Gray’s reign as publisher at Sun Publications, one might find the announcement of his firing, as printed in the Johnson County Sun, to be anticlimactic.

“Jim Gray, publisher of Sun Publications since June, has left the company. His last day was Tuesday,” read the lead of the brief article, which appeared in the March 3 issue of the paper.

The article included the news that officials at Lionheart Newspapers, which purchased the group of community newspapers in 1998 from former owner/publisher Steve Rose, announced that Sun publications had its best year ever in 1999.

That assessment, however, is up for interpretation.

Since Gray replaced Rose (who continues to write his front-page “Memo” column for the Johnson County Sun), the company has experienced the most turbulent period of its 50-year history. During Gray’s stint as publisher, several editors, the chief financial officer, the chief photographer, the circulation manager, and an advertising manager — just to name a few — all left.

Many of the departures stem from Gray’s decision to eliminate Sun Publications’ creative services department, which produced special “advertorial” sections of the paper, in which advertisers pay for copy to be written about their businesses.

According to former creative services section coordinator Matt Derrick, the department produced an estimated 300 special sections a year for the company’s Johnson County and Northland community newspapers, as well as The Jewish Chronicle, The College Boulevard News, Johnson County Business Times, and Kansas City Nursing News. And although the department was cut, the special sections, which had proven to be quite profitable for the company in the past, were not.

“When Lionheart first purchased the Sun they had made it clear that none of their other newspapers had a department like ours,” says Derrick, who now works for the Homebuilders Association. “When they made the change, Jim Gray told us that it had been decided that all of our duties could be folded in with the editorial department and that they could handle it, which we found kind of curious. We had six people working 50 hours a week … to produce our special sections, and they were just going to dump it on other people.”

The combination of a heavier workload and the use of editorial staff to produce copy paid for by advertisers took its toll and led to the exodus, which included Jewish Chronicle editor Rick Hellman, who had been with Sun Publications for 14 years.

“I didn’t like the erasing of the distinction between the editorial and advertising functions that (the decision to cut creative services) represented,” says Hellman, who is now an editor at online publisher BizSpace. “One day, on behalf of the ad staff, you would be calling the head of the local Jewish day school, who bought an ad, and you’d be writing a story to their specifications, giving them final editing of the thing, which was fine as far as it went as a marketing function. But then the next day you’d be calling them as the journalistic editor of the newspaper and having to ask them some uncomfortable questions.” Not only did it cause confusion among such sources, he says, but also “It went against my journalistic ethical training.”

Former Sun editorial staffer Charles Ferruzza, who is now a staff writer at PitchWeekly, says, “I felt, and I think the other reporters felt, we were just cogs in a machine, cranking out copy to crank it out. And our voices were not important since they essentially said, ‘In addition to everything else you do, you will be writing advertorial copy too.’ The underlying message was — and it wasn’t so subtle — ‘You either do it our way or get out. If you’re not happy here, get out.’ In fact, Jim Gray told me when I asked him about people leaving: ‘I don’t want people who are unhappy here to be here. They can get out.'”

Current Sun employees aren’t talking, but many former staffers say they weren’t surprised to hear that Lionheart fired Gray, who reportedly clashed with many staffers and has been described as “terse” and “unpleasant.” Gray could not be reached for this column but has declined comment in other media reports of his firing.

“It was the best thing they could have done,” Derrick says about Lionheart’s decision to fire Gray. “He was a businessman; he wasn’t a newspaperman. He had been in newspapers for a long time, but he was a money man, and he had told us in September — and this stuck with me and still sticks with me — he told us that a lot of people in the Sun thought we were in the newspaper business. ‘We’re not,’ he said. ‘We’re in the moneymaking business.’

“There were a lot of good people who worked at the Sun, and there still are…. I have no doubt that if he had continued there, a lot of people would have eventually left, and 50 years of hard work would basically be down the drain.”

Lionheart publisher Bruce Raben, who is overseeing the three-person publishing team now running Sun Publications during the search for a new publisher, directs questions about Gray’s firing to the statement that appeared in the Johnson County Sun. But he explains the loss of several key staff members during Gray’s reign in this way: “New people come in, and some of the people who are already there decide it’s not their future…. It’s just a different atmosphere and a different work environment.”

According to Raben, in 1999 Sun Publications financially performed three times as well as its best year before the sale of the company. “And sometimes to achieve those results you go through some turmoil and chaos, and hopefully we’ve got it going in the right direction and we’ll get a publisher in here who will continue to do that.”