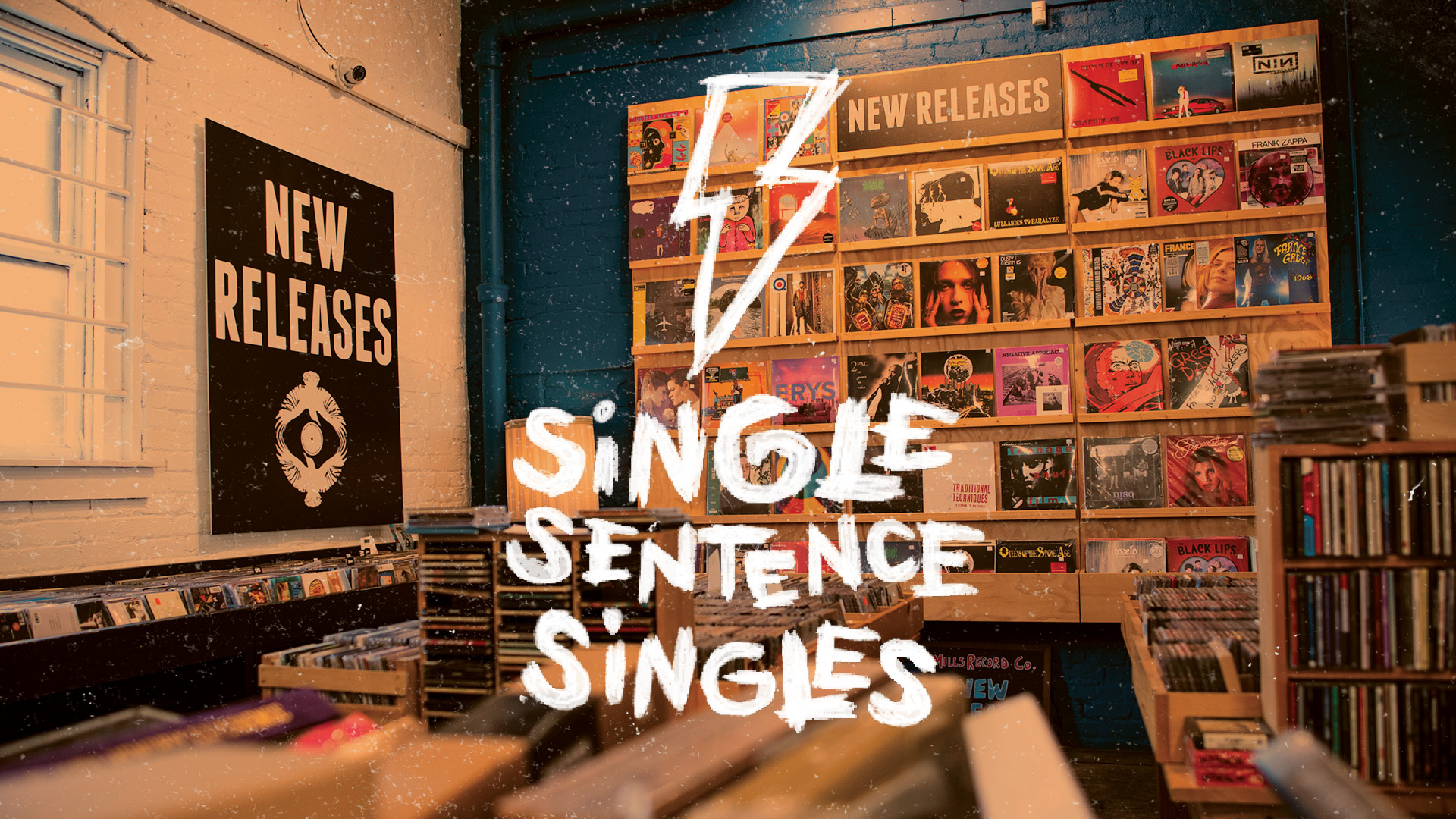 Mike Tuley, “A Life-Giver is Released from All Pain and Mortal Suffering”

Former Ad Astra Per Aspera and Bloodbirds frontman Mike Tuley puts together not only his first piece of music together in a year, but as a tribute to his mother on the one-year anniversary of her passing, complete with an introduction that explains how the song came together, before completely obliterating you emotionally.

Formerly of La Guerre, now of Cheery, Conroy put together this song for a recent episode of the Taco the Town podcast on which she appeared, and it is the sweetest, prettiest ode to the greatest food in the world which I’ve ever heard and will now play in my head on a loop every time I go for tacos.

“Wave” is the first single from the upcoming Solohawk album, The Radio Waves And Your Movies, and the way it leans into the surfy nature of that title with just a little waviness in the guitar work is an excellent counterbalance to the straightforward vocal delivery from Steve Faceman and Til Willis.

The credits Lee Walter Redding’s new single read “Vocals and raw emotion on Elephant Man by Stephonne,” and there’s really no better way to describe the way in which this track–”inspired by young, black men diagnosed with schizophrenia and the issues they face”–just razor-blades away any lingering hope you had that you were going to get through this roundup without crying at least once.

Midwest December, “I Tried Making Ramen in the Coffee Pot and I Broke Everything”

While the vocals might be a little high in the mix on this new single from the KC emo rockers, hearing a sample of Family Guy‘s Peter Griffin randomly yelling “Fuck!” in the background is great, as is the fact that, because the track got 1000 streams in its first week, vocalist Nic Westerfield had to shave his beard into muttonchops.

Megan Luttrell, “Hold On (Not Too Long)”

Megan Luttrell’s voice is always great, but hearing it doubled here is an even bigger treat, especially when paired with some fantastic fiddling by Josephine Michener and walking bass from recording engineer Matthew Mulnix, making for a two-stepping burst of positivity.

Go celebrate Luttrell’s birthday when she plays a show at Kaw Valley Public House on Friday, May 28. Details on that show here.

The debut release from Kansas City metal quartet, Emerald Eye, leans heavily into Iron Maiden basslines, Mercyful Fate vocals, some double kick drumming, and we are 100% here for an ’80s metal revival for big singalongs, headbanging, and the hope that now someone will finally do a cover of Grim Reaper’s “See You In Hell.”

The way Treanne mixes sweetly-simple guitar picking with a quiet vocal delivery makes it feel like the singer-songwriter is performing her latest single sitting next to you on the couch, and it’s just the warmest-sounding track I’ve heard in a minute, right in line with her three other singles released earlier this year.

Cory Phillips & the Band of Light, “Fit You”

The Lawrence singer/songwriter and his group, the Band of Light, are releasing his second studio album, SEXTHIRSTYLOVEHUNGER, on Friday, May 21, packed with 15 tracks for “dying to groove and be sexual again,” and this first track grooves like yacht rock mixed with disco, suitable for all your post-vaccination dancefloor grinding.

The album release for SEXTHIRSTYLOVEHUNGER is also on Friday, May 21, at the Replay Lounge. Details on that show here.

Are you a local musician with a new single to share? Email nicholas.spacek@gmail.com.