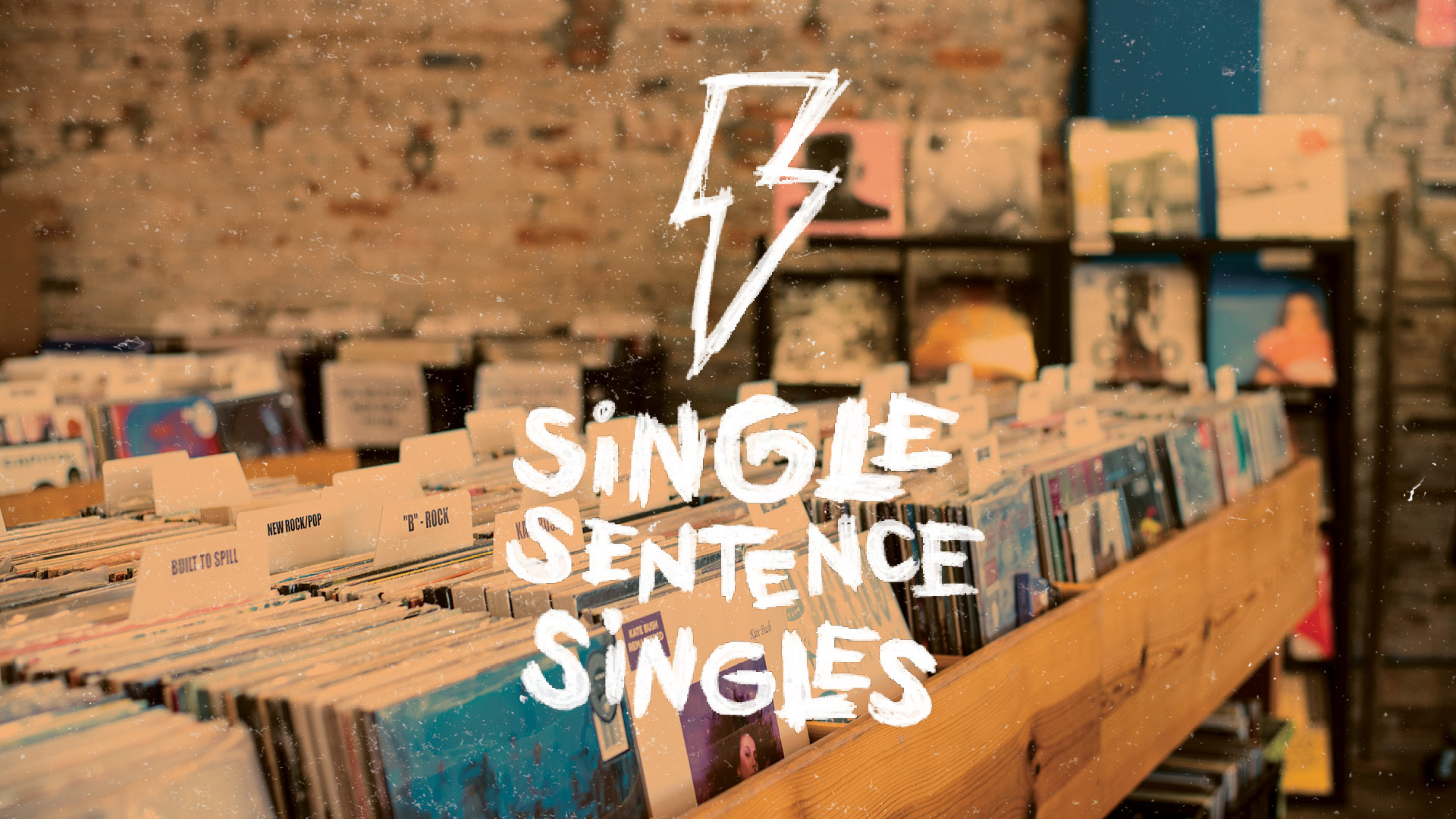 Christena Graves, “Give Me A Minute”

Graves’ last single ahead of her full-length, Finding My Footing, is the kind of song perfectly-suited to dancing in the living room with that special person, as it’s just boppy enough to move around, but mellow enough that you could probably hold each other tight while you sway to that excellent guitar work.

The last release from the Lawrence pop/rock/electronica act was 2006’s Lovebomb LP, but thanks to the events of the last four years, the band is back with this new song, which editor-in-chief Brock Wilbur describes as “our favorite Blur song not done by Blur this year, reminding someone from politics they’re about to wander aimlessly into the wasteland,” because yes, it is “about a certain shallow soul.”

Originally written in 1999, but updated with new lyrics, this piece of campfire folk is short, sweet, and painful in its emotional resonance, and I think I listened to it something like three or four times in a row, trying to absorb everything it had to say.

The duo of Andrew Morris and Julie Bates’ new EP, Sawdust Boys Sweet!, is a suite of five instrumental numbers, each featuring an instrument owned or made by the person named in the song’s title, with the barnburning “Jake Smash!” containing a mandolin made by the titular personage.

The first single off Violentiam Vulgares, the new album from “Kansas City’s own explosive quintet of saloon dwelling, sharp-dressed rock n’ roll junkies” is a dark bluesy number which flirts with the very edge of stoner rock, especially on that mid-song bridge.

Digging through the depths of YouTube, I discovered this a capella freestyle from Akeem and his friend Malik, and what it lacks in polish it absolutely makes up for in pure fun and enthusiasm, thanks to some amazing asides as the short track comes to a close.

Jason Beers, “I Can’t Leave It Behind”

With the assistance of Chris Hudson on lead electric guitar and acoustic guitar, Jason Beers crafted a song “about 2020 and those that made it worse,” and in the month since it hit Bandcamp, it seems like 2021 isn’t looking to be a whole lot better because “truth be told, I don’t have the nerve just to leave it behind.”

Amber Wilson, “Need You, Miss You”

For her sophomore single and follow-up to “Timeless Love,” Wilson crafts a slow-burning grinder which absolutely aches with want and need, with her voice hanging back until it positively soars in the song’s final moments.

Are you a local musician with a new track to share? Email nicholas.spacek@gmail.com.