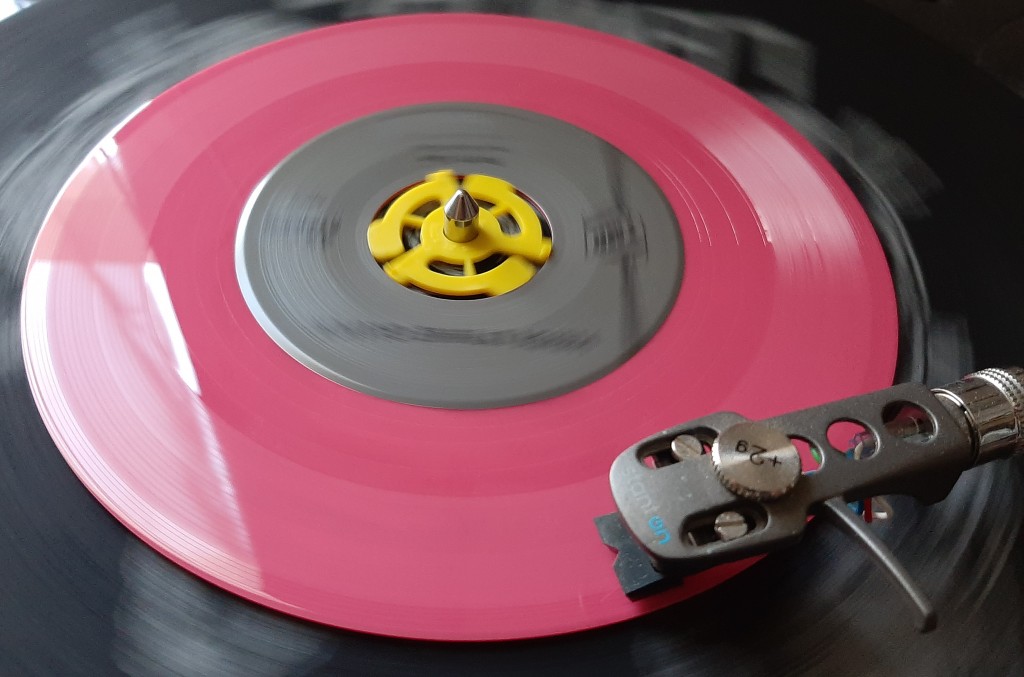 Milkdrop returns from a 14-month hiatus with a new EP, entitled Act One + Still Life, but this remix by Aikido Bray (aka Approach aka Sean Hunt) of the album’s first single strips the glide and stride of the original track and replaces it with rumbling slices of darkness to great effect.

I haven’t heard a song that melded punky grit with ’50s pop this well since Tilt’s “Berkeley Pier,” almost 25 years ago, and it certainly helps that Zoe Roarz’s vocals are 100% sympatico with that band’s Cinder Block, while moving the lyrical content into some real 21st century self-introspection territory.

The Broken Arrows, “The Worst of the Rest” b/w “When I Was A Boy”

This Byrds-ian pair of tunes marks the farewell of the Kansas City/Lawrence roots rock act, which is a goddamn shame, as they were one of the most dependably entertaining live acts going during their roughly four years together, but if a band has to go out, at least they left us with a new cut on this Big Stir digital single.

Burbling and bubbling under a gently strummed guitar line, this new single from Jesse Pringle—produced in conjunction with Cash Clay Beats—is a slow jam so goddamn smooth, it could “have a gangster go legit.”

Since the last entry of this column, we’ve discovered that Bootkrieg is the one-man recording project of Inner Altar’s Neal Dyrkacz, and that there’s a new demo, which ends up being this swaggering piece of boogie pop which—despite its low fidelity—really has us hoping that we get a full-length by the time this whole thing is said and done.

Torn the Fuck Apart, “I Can’t Believe She Got in the Van With Me”

Long-running KC “fucking death metal” band TTFA return with their first new tune in over 2 years, and this first track off of what we assume will be their next LP—entitled Sexually Transmitted Torture—is a fucking gruesome collection of blast beats, angular riffs, murderous vocals, and a set of lyrics which make the plot of A Serbian Film seem quaint by comparison.