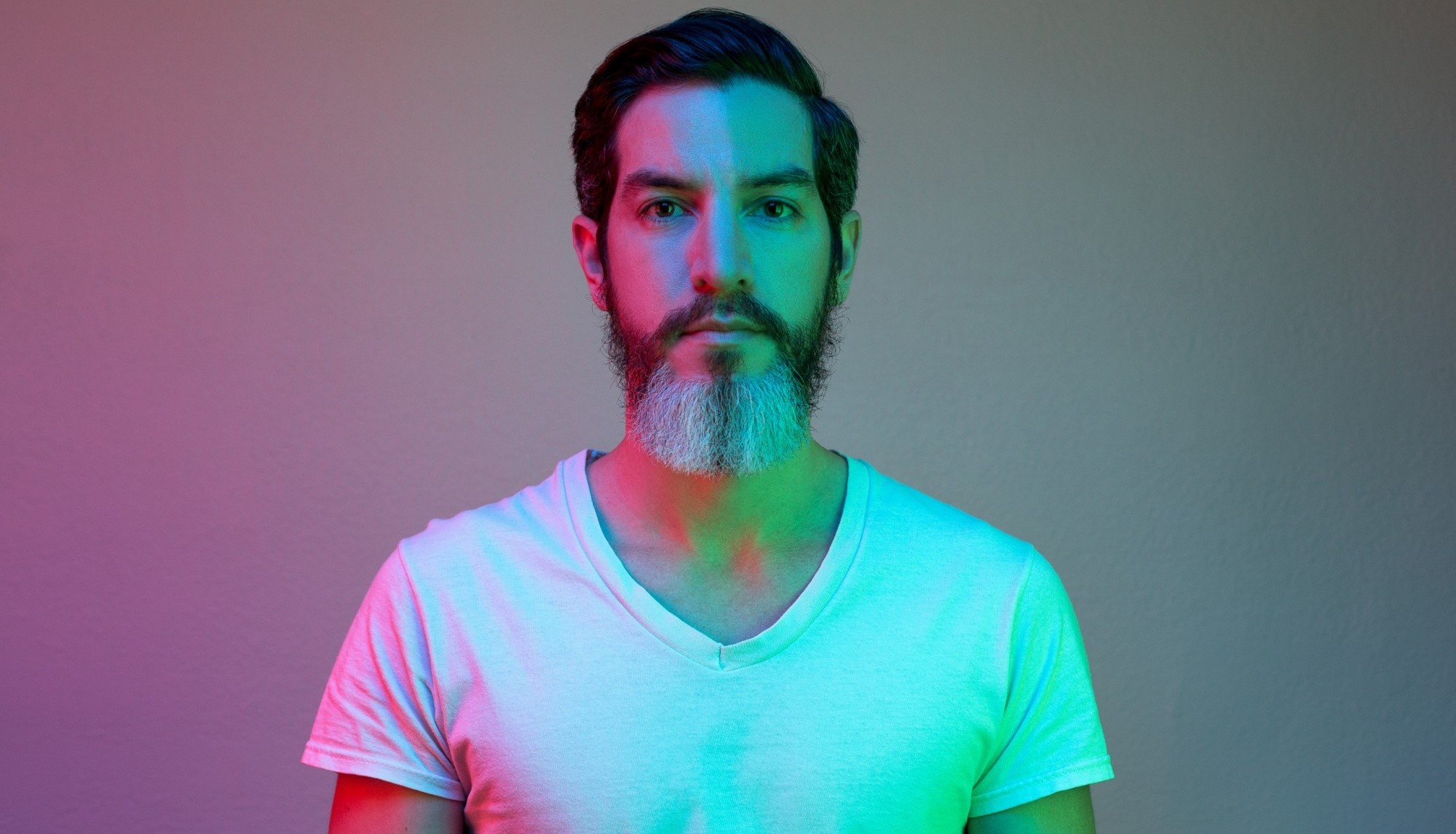 We spoke with Rice by phone about the process of putting together such an ambitious project.

The Pitch: The concept of this: was it just an idea where you were just like, “I wanna work with all these people and I’m gonna figure out a way to make it happen”?

Rob Rice: That’s pretty much it. I mean, a lot of these musicians like people that I look up to and love to go to shows to and see perform live and I would say I’m acquaintances with most, I’m friends with some, and I convinced everybody to play a part in it, which was kind of cool. It all kind of spawned just from me playing a show with Coleen Dieker and Landon Hambright at the Rino–just an open mic night–and they joined me and it just made my songs sound so much better and you could just tell by the energy of the people that were listening that it was special to me and to them to hear.

I’ve always just done solo shows and solo open mic nights for the longest time. It was really nice to open myself up to that kind of collaboration and open the songs up to that kind of collaboration and see where that could go. It was kind of an idea to make a funny band name–Rob Rice and the Devil’s Threesome–back then but it wasn’t something that anybody could kind of have the bandwidth for at the time. I wanted to record these songs anyways and started out just by doing the acoustic guitar and vocals on my own. Slowly but surely, it was like, “I think I want other people on these songs to kind of recreate like what happened that night,” and so I just started mapping out my preferred ‘A’ team and the people that I wanted to include in this and it’s taken shape, which is cool because it’s a way for me to talk about these musicians that I love.

I’m getting to talk about each of them every day until the release happens so it’s pretty special. I’m excited about it, especially in this trying time where I know that a lot of them are struggling. I want to highlight some of these people that are my favorites and hope that they see the other end of this pandemic.

That answers the next question I had, which was how collaborative this was. If I understand correctly, you provided the bare bones to these songs and then invited folks to filigree them, for lack of a better term?

I started with five songs that I was planning just to do, just myself–vocals and guitar, singer-songwriter style–and I added about four more but took away three just because I didn’t feel right and they weren’t very complete and I wanted to just get what flowed well with this collection of songs and these six were the ones that made the final cut.

As far as the collaboration went: some of it was pre-pandemic that we recorded this and so there would be Calvin [Arsenia] and Ezgi [Karakus] over at the same time to record “Tiny Window.” My parts were already done, so the song is already completed on my end, which is kind of nice because I can step away and just be engineer and producer and talk with them about what their ideas were for the song and things like that. Calvin had a great role in “Tiny Window” and helped with his parts and even Ezgi’s parts, as well and so, that was a nice collaboration for that song.

So, some of those first ones were already done before the pandemic hit, which was nice, because we could actually get face-to-face with people to be able to talk about ideas and play out ideas live. Post-pandemic, it got a bit harder and we all wanted to stay as safe as we could, so part of that went into just sending Logic files of what I currently had and kind of doing a Postal Service-style project, as well as encouraging people who have never really recorded with Logic and things like that to instructing them how to do things and how to make things sound better–which is kind of a fun project.

Just to Zoom for a second and be like, “Move the mic here. Make sure like you have this track record-enabled. It’s a little too hot: turn it down a little bit so it’s not clipping” and different things like that was super fun and kind of helped spark them to play a bit more in Logic, as well. Now they’re working on their own projects: Blob Castle put out an electric EP last month, which is pretty sweet to see.

For the most part, pre-pandemic was definitely more collaborative and more of “We get in the same room and write harmonies together” and things like that but I would say the last half of the songs were post-pandemic and it was just me sending a session and trusting that they were going to do something great with it. I was just in awe, especially Miki P and Clint Ashlock and Mark Lowrey–they took the last two tracks and just did really cool things to them and it was super-special.

When you were picking people, were you thinking something like, “I bet Miki P can do some amazing vocals on ‘Down the Road’”?

She kind of stunned me, man. I was just expecting a simple, cool, fun guy-and-girl harmony thing going on and she went full-on Freddie Mercury with it and added these really cool layered vocals that I was really impressed with. It still is her quality of voice but sounded different enough from her music, added on top of mine, it was just kind of a crazy thing to hear. I was really pleasantly surprised by that. Same with Clint: he just did a whole trumpet arrangement for the last song [“Swipe Right”] and it sounds so good. I think people had fun with it.

I just made a list of a dream team that would be able to collaborate on this and record on this and then, after that, I tried to start to find unique pairings that would be nice. The idea was, a devil’s threesome–in sexual terms–is a guy and a girl and a guy, but in these terms, it’s more of just a passionate experience in music with myself and a guy and a girl and that was how I had to choose those other two people. I was trying to do it based on that, as well as the different pairings of the instruments that they excel at.

This is your debut EP, and this is not typically what someone does for their first musical outing. I think it shows a remarkable amount of confidence not only in your collaborators but in yourself to introduce six songs with a dozen other collaborators as opposed to just being you.

I haven’t released anything on Spotify and Apple Music in the past. I have some older solo EPs and things hidden on a Bandcamp page from 10 years ago, but those weren’t ones that I was super-proud of, but these are my favorite songs even though I’ve heard it way too many times. I still love them and they get stuck in my head—my own songs do that!—but also, half of the people that I reached out to to collaborate didn’t know I really played music or wrote songs or things like that.

Even though he specifies in jazz and blues stuff, I played a wedding with Mark and Calvin a while back and [Mark] mentioned that he’d always be happy to collaborate on something like this: a singer-songwriter/rock/folk thing to branch out and have fun with. He did such a cool job on “Down the Road” and had this honky-tonky, bluesy piano going on with it that just gave it a really sweet vibe.

These musicians don’t necessarily do this type of stuff. Half these musicians are more classically trained or jazz-trained and they don’t get to do more mainstream music, and so Ezgi is super-psyched and was super-happy to be a part of it so, yeah–it’s really cool.