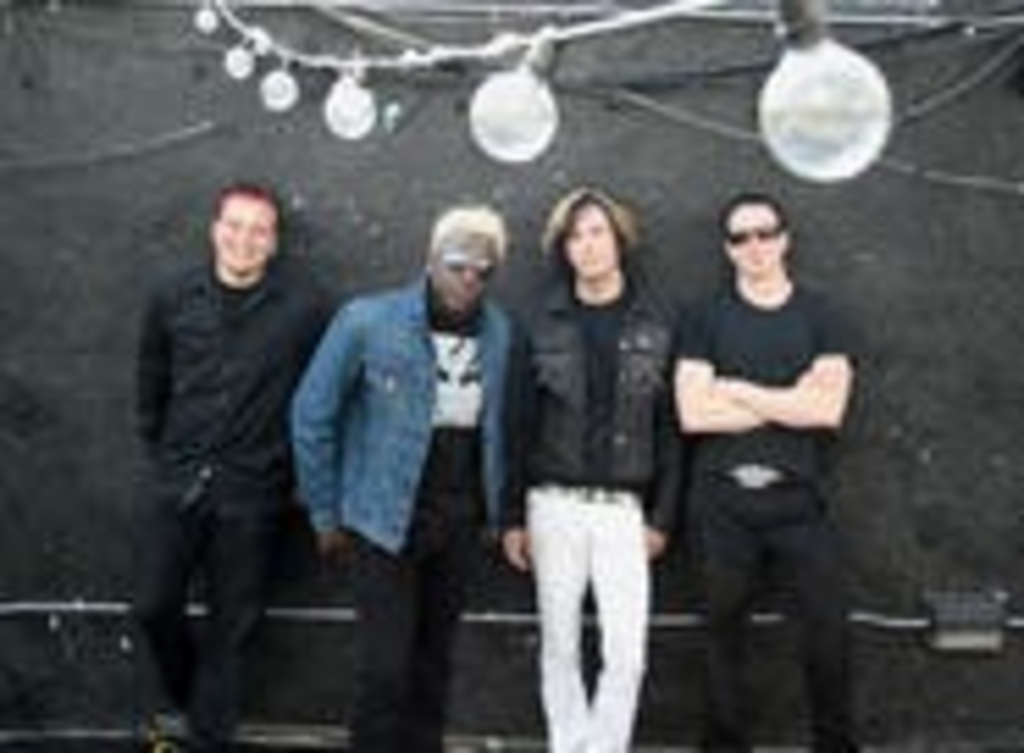 The Dictators’ “Haircut and Attitude” remains an effective prescription for rock fame: You gotta look good! You gotta act tough! Nowhere in the song does singer Handsome Dick Manitoba shout, You gotta be self-effacing! Nevertheless, the appearance of modesty has become a matter of punk etiquette — one that the black-clad foursome Love Equals Death doesn’t seem to believe in. “There’s no time for that,” singer Chon Travis says. “We have to be somewhat confident — you have to have something that the others don’t.”

For example, most other bands don’t claim to be “like a wraith returning from the dead to claim revenge” or to “tear through all boundaries and genres,” as does Love Equals Death in its official bio. Then again, too many bands make up for their personal modesty with music that’s overblown or confoundingly artsy. By comparison, Love Equals Death, which also includes guitarist Duffs, bassist Dominic Davi, and drummer Tonio Garcia-Romero, is almost earthy. The musicians play highly strung California hardcore — charging guitars and melodic vocals — with bare hints of other influences, such as Travis’ touch of rockabilly croon on “The Outsiders,” from the band’s 2003 debut, or the thrash-metal lining of “Sonora,” from the band’s new debut full-length Nightmerica.

Often likened to AFI, whose guitarist, Jade Puget, played with Travis in the defunct Loose Change, Love Equals Death is less gothy and grandiose. And the Ukiah-raised Travis, whose lyrics bear as much anger as they do gloom, comes by both honestly.

“I draw on my drug-addicted parents and my growing up too fast and taking care of myself when I should have been in school,” he says. “I have basically lived this darkness. Some people glorify these types of situations but have never lived them.”

Travis and his bandmates, who look good and act tough, have played the Vans Warped Tour and opened for such major-league punk acts as the Misfits and the Distillers. The band has signed with the hefty indie label Fat Wreck Chords. Honest angst, sheer power or wraithlike vengefulness, something’s working.

Love Equals Death, with the Mad Caddies, Sicker Than Others and Outlaws. Friday, November 17, at the Grand Emporium.

Feb 26 all-day Waldo Neighborhood
Shop, dine and discover everything that Waldo has to offer at the 5th Annual Waldo Week celebration, February 21 – 27! Get 25% off at participating businesses from restaurants to coffee shops, retail and unique services at your favorite Waldo spotsFacebookPinterestTwitterLinkedin
Tickets
Amplify Culture Presents: Emo VS Pop Punk w/ DJ’s KC and Jojo

Feb 27 @ 6:00 pm Goethe Pop Up Kansas City
Step away from the English-speaking world and join the German Conversation Group. We invite you to the Goethe Pop Up Kansas City to speak German every other Thursday. Join us in offering a platform for German speakers of all proficiency levels to meet new people, work on their conversation skills, and share ideas. The facilitator will start us off with...
February 2020 Feb 2020
Subscribe