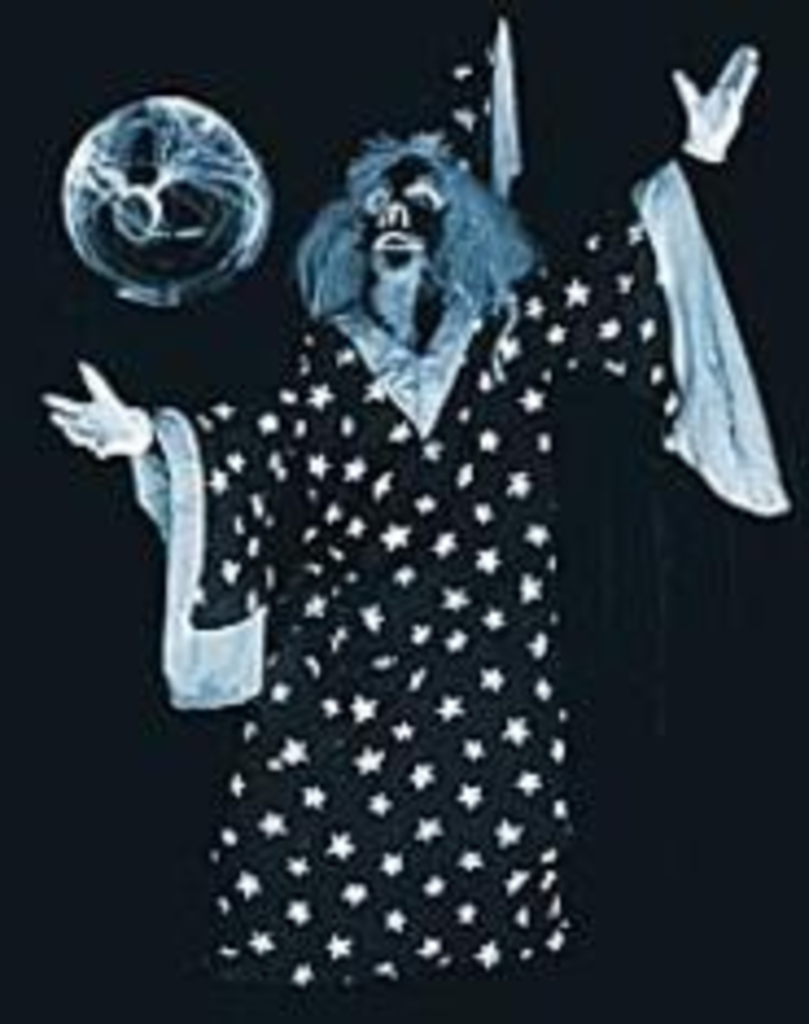 The very word “vaudeville” conjures up images of grand old theaters, nickel matinee shows, and a bevy of oddball and animal acts that would make Broadway Danny Rose proud. The modern perception of this lost style of entertainment is one of smoke-filled halls where borscht-belt comedians ran patter-shtick routines while parades of plaid-suited hucksters pleaded with stubholders to “take my wife, please!” Although the glory days of vaudeville certainly had their share of rubber chicken-waving, cigar-chompin’ comedians, they weren’t the only ones on the bill. Typical vaudeville reviews were equal mixes of physical performance, humor, and magic, with the occasional Ukulele Ike thrown in for good measure.

However, as the new medium of radio developed, comic acts were the most successful in parlaying circuit fame first into airwave stardom and then into Hollywood clout. Thus, the acts of George Burns, Gracie Allen, Bob Hope, and even Milton Berle (master of the comedic version of the ever-popular transvestite act) would become part of the public vernacular while most of the dancers, jugglers, illusionists, and freak acts of old-time vaudeville would fade into obscurity. Now into this mix comes Carter Brown’s troupe, Lazer Vaudeville.

Seeking to update classic vaudeville tradition through technology, Lazer Vaudeville is best described as Cirque du Soleil meets Bronco Billy with more fog machines than The Cure on a bad day. Featuring a stunning combination of lasers, black light, and high-tech gadgetry, the troupe’s performance offers a visually stunning, kinetic, and frenetic show with an emphasis on the sort of physical performing arts that were a staple of early vaudeville. Set to Jesse Manno’s accessible avant-garde soundtrack, Lazer Vaudeville’s act is a tightly choreographed two-hour excursion into acrobatics, magic, and extreme juggling, with a liberal dose of family-friendly humor. Although they were strongly influenced by movement-art giants Mummenschantz and The Blue Man Group, Brown and his cohorts — international award-winning juggler Cindy Marvell and juggler/comedian Jeffrey Daymont — have pieced together a show that is as entertaining and challenging as those of their performance-art mentors, yet with none of the black-turtleneck pretensions of the “touch my monkey” crowd.

Brown founded Lazer Vaudeville in 1987 after working with the Ringling Brothers and Carden international circuses and completing a stint as a standup comedian in Chicago. Tired of the conformity of modern-day showbiz, Brown established the troupe as a way to explore the physical performance arts in ways that fell outside the narrowly defined norm. “When you’re in the variety arts, everyone wants to squeeze you into a box. It’s either Vegas or the circus, with no room for anything different. Everything is prepackaged and homogenous; it’s a box within a box within a box. I was fed up.” Since its inception, Brown’s group has toured extensively throughout the United States, Asia, and Europe and has featured some of the most accomplished jugglers and physical arts performers in the business.

Highlights of Lazer Vaudeville’s current incarnation include: audience participation in tag-team machete twirling; giant hoop juggling; a black-lighted rope-twirling act Brown describes both as “John Wayne meets George Jetson” and “the ’60s without the flashbacks”; and the kids’ favorite, a 7-feet-tall fire- and invective-spouting dragon that is equal parts flame-thrower and Don Rickles.

Lazer Vaudeville’s tightly choreographed feel is due, in large part, to troupe member Marvell. A veteran of San Francisco’s Pickles Family Theater, Marvell studied dance at the Limon Institute and the Isadora Duncan Foundation in New York before becoming more actively involved in the variety arts. “One of my goals has been to combine juggling and movement into a new kinetic art form.” No slouch in her vaudeville history, Marvell is quick to remind listeners of old-time circuit veterans whose background varied from the usual gag acts: “Most people don’t realize that Buster Keaton and W.C. Fields started in vaudeville as jugglers, not comedians.” Indeed, rumor has it that renowned lush and pedophobe Fields gradually shifted his emphasis to comedy only after discovering that audiences responded better to his juggling when he dropped things (whether this was a calculated move or merely hooch-induced is a topic still hotly debated among vaudeville historians). Comedically gifted jester/juggler Daymont and Marvell complement Brown’s frenetic energy and help imbue the production with an overriding sense of humor that’s bound to “knock ’em bowlegged.”

Trying to revive the long-lost art form of vaudeville in the satellite-dish age may sound like a pipe dream, but Brown seems to relish impossible challenges. “Life is short. I don’t know how long I’ll be doing this, but right now all I want is more bookings, more cool stuff in the show, and more coffee.”