Shorty and the Boyz are putting out their own Vibe now 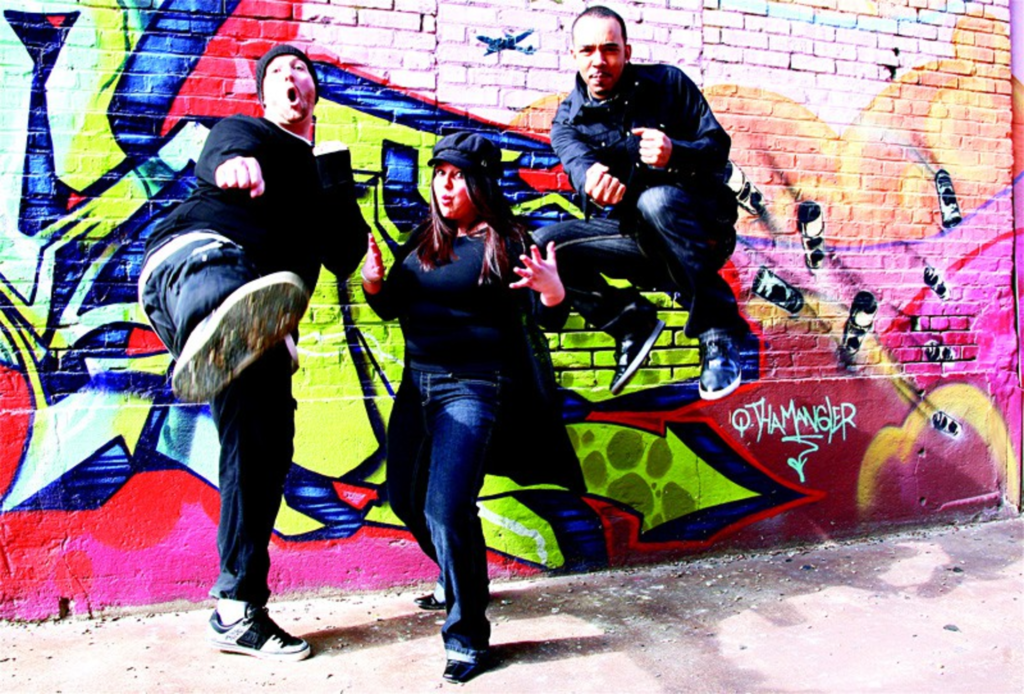 Months after losing their jobs at KCHZ 95.7 (the Vibe), Mike and Chantal Savage still aren’t sure who fired them.

During their four years as morning hosts at the local radio station, much of it in conflict with management, the Savages say they asked several times for a formal meeting with someone at the corporate level. (KCHZ is owned by Cumulus Media, an Atlanta radio and marketing goliath that’s second only to Clear Channel in station holdings.) When a sit-down with the suits was finally scheduled last fall, Mike and Chantal instead ended up alone with the station’s general manager, Donna Baker.

Several minutes later, the husband-and-wife duo found themselves in the car, laughing and unemployed.

“We were relieved,” Mike says. “It was like a breakup with somebody you’ve been in a bad relationship with.”

Mike and Chantal, hosts of the show Shorty and the Boyz, often butted heads with their employer. Whether it was the choice of music, the ironic skits or the on-air support of American Idol contestant Adam Lambert, the show ran into trouble at nearly every turn.

“It started to feel like Groundhog Day,” Mike says of the daily back-and-forth with management.

The Savages and the other Shorty and the Boyz orphan, DJ Cameron Morgan, sit down for a coffee-shop chat, and they talk about their experiences with equal measures of frustration and optimism.

Chantal, an energy drink disguised as a woman, looks at her dismissal as an opportunity. “It’s like a rebirth,” she says.

Since their show’s cancellation in October 2009, the Savages and Morgan have endured the recession along with the rest of the nation. But they’ve also been busy plotting a new path to reach area listeners: a new Internet radio station that the crew has dubbed Shorty and the Boyz Radio. It launched February 10. But there are a few lingering issues with their former place of employment that they’d like to address before they say goodbye to terrestrial radio for good.

Mike claims that the root of their problems with Vibe management was simple: “They were scared for us to be too black.”

Though Mike admits that no one ever expressly mentioned race, he says management frequently invoked a handful of thinly veiled synonyms. “They would tell us that certain phrases were ‘too street’ or ‘too urban,'” he explains. Such bland expressions as “roll out,” for example, made it onto an informal list of terms prohibited from reaching the station’s listeners.

Chantal says she felt daily pressure to tone down her on-air personality. “They wanted me to be Barbara Walters,” she says. “It really did a number on my head.”

Morgan, the only black member of the show, felt pressure, too. “I was scared to talk,” he says. All three say they felt obligated to speak with their best suburban elocution while playing music that was slowly bleeding over from Billboard‘s Top 40 chart. Starting in January 2009, the morning crew began to notice what Mike called a “soft flip” in program formatting: a slow, methodical change from rhythmic jams to more popular music. (Think of replacing Jay-Z with Chris Daughtry, or Kid Cudi with Kris Allen.)

The first sign of more focused change came with the firing of EZ, the station’s afternoon DJ, in March 2009. Then the station cut down the morning crew’s show by moving Morgan to the promotions department. (He still helped out but was no longer a formal partner.) The station blamed the cuts on the faltering economy. The morning crew wasn’t buying it.

According to them, the station wasn’t just shying away from rap trends in its playlists. They remember a recent disappointment surrounding Snoop Dogg’s arrival in Kansas City. Snoop’s promotional people had rolled out the red carpet for the Vibe’s morning crew — ticket giveaways, potential sponsorships, and other offers that would showcase a partnership between the station and Snoop.

According to the crew, the station passed.

Now, after their divorce from the station, the Savages and Morgan say there was simply a difference in perspective. “They wanted to appeal to the 18- to 34-year-old female in Overland Park who likes rap music,” Mike says.

Mike and Chantal always envisioned Shorty and the Boyz as “progressive.” They wanted to provide a filter for dance music playing in local clubs. When it came to contemporary popular music, they say the station was simply too far behind the curve. While Jay-Z’s ode to New York City, “Empire State of Mind,” climbed the charts, the Vibe never played it. To the Savages and Morgan, such an absence is a small illustration of a radio station that is more concerned with being conservative than being relevant.

The vision for Shorty and the Boyz Radio is simple: “It’s what the Vibe should have been,” Mike says. Whereas they weren’t permitted to play local music on the Vibe, they’ve now recruited local rapper Reach to scout KC talent and help with promotions. Also joining the Savages and Morgan are DJs Sku and Overpour, hosts of weekly mix shows. And Reach will hold court with his monthly podcast, Good Butta Radio. And finally — free of commercials and liberated from corporate meddling — the Savages hope to give listeners access to the uncensored version of Shorty and the Boyz.

If the first few days of the new site offer any indication, Shorty and the Boyz are going after the chart-topping hits that they say they were forced to wait on, or not play at all, on the Vibe. The home page features Rihanna and, yes, Jay-Z’s “Empire State of Mind,” along with a Twitter feed. A new incarnation of Shorty and the Boyz broadcasts live over the site from 11 a.m. to 2 p.m. each weekday (and then is available as a podcast). The financial gamble is clear. Chantal and Mike launched the site with their own savings and the help of eager friends. They’re still brainstorming ways to generate revenue online to supplement a small collection of ads and sponsors.

The plan is to move early on popular songs and not worry about the listening tastes of the 18- to 34-year-old female from Overland Park. “We’re going to do it right,” Mike says.