Shop Girl: Relaxing for two: bellying up to my first prenatal massage 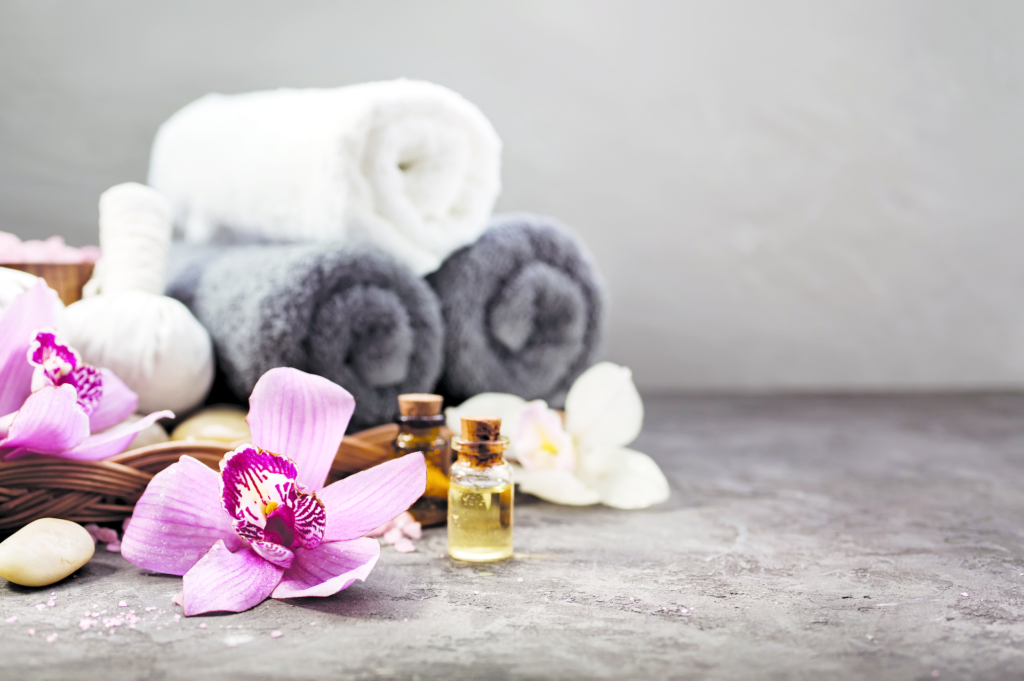 I park a few blocks from the well-manicured building and walk to the door in the sweltering heat. Just outside my destination — Spa on Penn, a sleek Westport establishment on the same block as trendy spots Port Fonda and Ça Va — a man is using a green watering can to cool a bed of flowers. In this age of automated sprinklers, I find this sight oddly charming. Then I open the door and I feel my shoulders tense. I’ve come for a 60-minute massage, but first I have to face down a familiar nemesis: spa anxiety.

Despite the calming ambient music and the refreshing aromatherapy, my brain still finds a way to work itself into a frenzy. I’m a bit neurotic, you see. And not for the first time lately, I hope that I haven’t passed this trait down to my son.

I’m expecting my first baby in mid-July, and truthfully, I’m more than a bit neurotic. So, while it’s been exciting to focus on someone other than myself for a change, I’m upset that no one told me just how weird pregnancy was going to be.

Among the unwelcome developments: In my first trimester, I developed a strong aversion to Greek yogurt. I couldn’t even look at the stuff without wanting to run out of the room. Then, during the second trimester, I felt the first gentle kicks from the avocado-sized being that was growing in my body — an alien sensation that drove me to exile my skinny jeans in favor of maternity pants and leggings. I haven’t worn anything without a broad elastic waistband since January. Actually, that’s not unwelcome at all.

Now I’m just weeks away from giving birth, and pregnancy has become not only strange but also uncomfortable. My son’s movements are more recognizably human. That is, they’re antagonistic. He’ll jab me with, I imagine, one tiny elbow in response to some motion of mine he doesn’t like, or he’ll get the hiccups while I’m lying in bed at night. As he has gained mass, I’ve picked up new back and hip pain — I grunt like a linebacker every time I get up off the couch.

Like I said, nobody told me it was all going to feel quite so odd. No one warned me that there would come a time when I wouldn’t recognize myself — not just physically but emotionally and spiritually as well.

Maybe a prenatal massage will help?

At first, I worry that the employees at Spa on Penn have made me as an impostor. Maybe it’s the way I cringe at the word pamper, which reminds me too much of the hundreds of diapers I’ll start changing next month. Then I worry that, rather than judging me for being reluctant to spoil myself, they’re appalled by my having booked this massage on a Monday afternoon. Shouldn’t I be at work, earning health insurance or something?

Clearly I need this massage more urgently than I thought. The French parenting book I’ve been reading clearly states that a zen maman pops out a zen bebe, but throughout this pregnancy I’ve been anything but zen. If the book’s logic holds, my child is going to have the temperament of George Costanza.

In a compact dressing room, I strip off my clothes and slip on a white bathrobe, which barely closes around my ample belly. Down the hall, the massage therapist directs me toward a dimly illuminated room and instructs me to lie on my side. After she steps out, I hang up my robe, climb under the sheets, and wrap my arms and legs around a body pillow, willing the heated massage table to melt away my anxiety.

When my massage therapist returns, she warns me that she wields “very firm pressure” and says I should let her know if her touch becomes too much. I assure her this is a good thing. Indeed, as she starts on my neck and upper back, her fingers do seem superhumanly strong, as though they’ve been reinforced with steel. The sensation is so smooth and continuous that I can’t focus on anything else, and I finally begin to relax. I feel the baby wiggle. I imagine he’s enjoying this sudden influx of endorphins as much as I am.

I’m impressed that this side-lying variation effectively covers all of the sweet spots a normal facedown massage would hit, including my thighs and lower back. Anyone who’s experienced the dull repetitiveness of a mediocre massage can really appreciate the varying pressures and techniques of a good one. This is most definitely a good one.

Soon my hour is up, and I have to step out into the bright heat again. Dazed and blinking, I’m not sure where I parked my car. Would a zen maman forget such a thing? Maybe a zen maman wouldn’t care. I don’t know, but at least the massage allowed me to pretend otherwise for a little while.