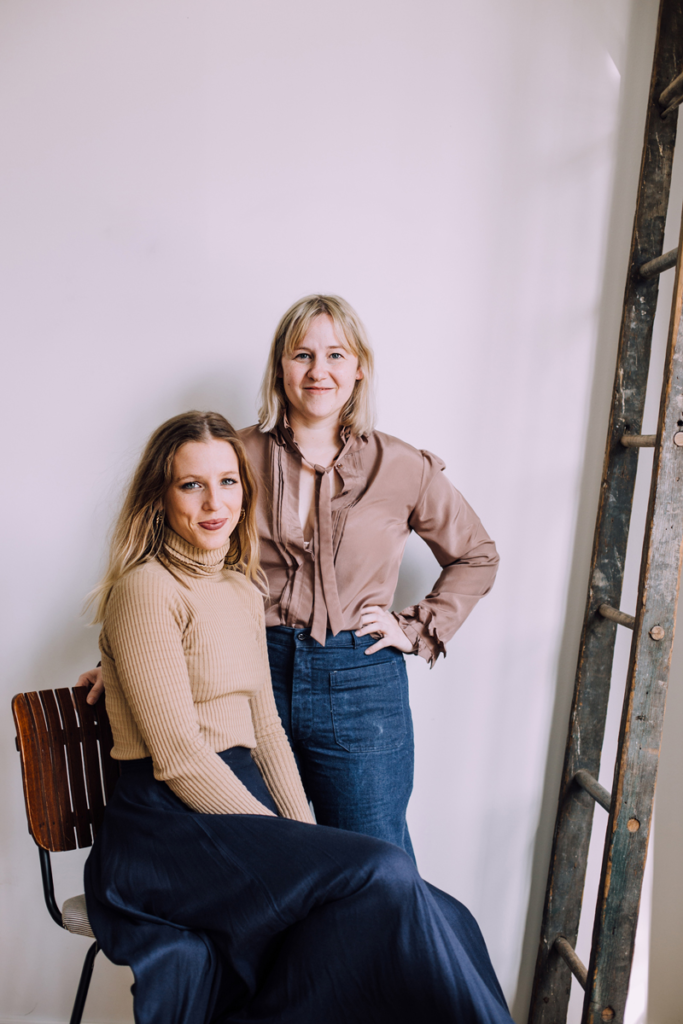 Chanel Jezek and Maria Casteel are ready for jacket weather. As co-owners of Dear Society, a seven-month-old modern and vintage clothing and home goods shop located along that burgeoning strip of Broadway near the Uptown Theater, Jezek and Casteel have an eye for classic, timeless fashion that’s still a little funky. And, like all of us, they sometimes wish the weather would get along with their wardrobes.

When I stopped by the shop on a warm fall afternoon, Jezek was rocking a 1970s-inspired outfit, complete with bellbottom jeans and a wide-brimmed wool hat. As I browsed the racks, I felt compelled to stock up on jackets, as I always do this time of year. Dear Society had some appealing options: a powder-blue suede trench coat that would have looked right at home in my closet, a vintage corduroy parka with faux fur around the cuffs and collar that made me feel all the right kinds of covetous.

“When you see one you like, you’ve gotta grab it, even if it’s still warm outside,” Jezek said, somewhat wistfully. “I have so many good ones, but I haven’t been able to wear them yet.”

Lucky for those of us who kept reluctantly wearing T-shirts and sandals in November, Dear Society is an all-seasons store. If I hadn’t had jackets on the brain, I could as easily have zeroed in on lightweight blouses or black lace tops or silk pants or suede skirts with breezy fringes. And the place adds new inventory each week.

Jezek and Casteel met at Bella Patina in the West Bottoms, where Jezek sold mostly new items, and Casteel vintage. Each hoped to open her own shop — and simultaneously eyeing the same location in Columbus Park.

“We were both dreaming the same dream at the same time,” Jezek said. “But we both knew we couldn’t do it on our own. We needed a partner.”

When the Columbus Park location fell through, Jezek and Casteel decided to combine their fashionable forces and move south, to midtown. Their space, just north of Valentine and Broadway, needed a lot of work, but it spoke to them immediately. Designed by Nelle Peters, one of Kansas City’s most prominent architects, the space had a “tremendous amount of potential,” Jezek said. When she and Casteel remodeled it, they left some of the original elements exposed — a stone column provided a nice backdrop to the crisp racks of clothing, and the artfully distressed ceiling looked charmingly rustic.

Like the new and old elements of interior design at Dear Society, Jezek and Casteel’s blend of styles seems effortless. Modern and vintage items hang side by side on the racks, encouraging shoppers to mix and match. For Jezek, fashion is like music — “it changes on a day-to-day basis with my mood,” she said. True to her word, the second time I visited Dear Society, she wore loose-fitting overalls that had more of a ’90s vibe.

“I don’t like to put style in a box,” she said. “It’s more timeless and not trendy or kitschy — and I like to blend new and vintage. There’s something special about wearing something that was made 40 years ago that still looks great. That’s quality.”

Casteel described her style as “simple and casual,” adding that she wants to encourage more people to incorporate vintage items into their everyday wardrobes.

“Vintage is often seen as a costume,” Casteel said. “I’m big on people wearing it as regular clothes.”

In addition to its lovingly assembled racks of classically stylish clothing, Dear Society also features a number of up-and-coming local makers whose goods can’t be found anywhere else. Jezek told me they love sharing their makers’ stories with customers — for instance, Crafted Element, a woodworker from Adrian, Missouri, who cuts down his own trees and creates everything by hand, or jeweler Christina Hoskins, who is passionate about crystals and energy. Casteel said sharing these stories helps customers form a connection with makers.

“We both know how it feels to want to share what you do but lack the platform,” Casteel said.

“And it helps when people care about your work,” Jezek added. “That boosts any artist.”

Contributing to that boost, no doubt, is the revitalization of the Uptown neighborhood, which has seen considerable growth in the past couple of years: Hamburger Mary’s, the Gym KC, Karma Tribe Yoga, Krokstrom Klubb & Market, Shio Ramen Shop and Uptown Arts Bar, to name a few, now call the area home. Jezek and Casteel say they’re excited to be a part of the resurgence.

“We’re both risk takers, and we wanted to be in a spot where no one was yet,” Casteel said. “This can be another hub in Kansas City like Westport or 39th Street. It’s nice to see the area being revitalized.”

Jezek and Casteel have enjoyed getting to know their neighbors, too. The second night I visited, they planned to grab some carryout from Krokstrom while they rearranged the shop and added some new stock. It still somehow wasn’t jacket season yet, but at least it was warm enough for a nice walk down the street. And I’ll probably be back to snag that suede coat, whatever the weather. •