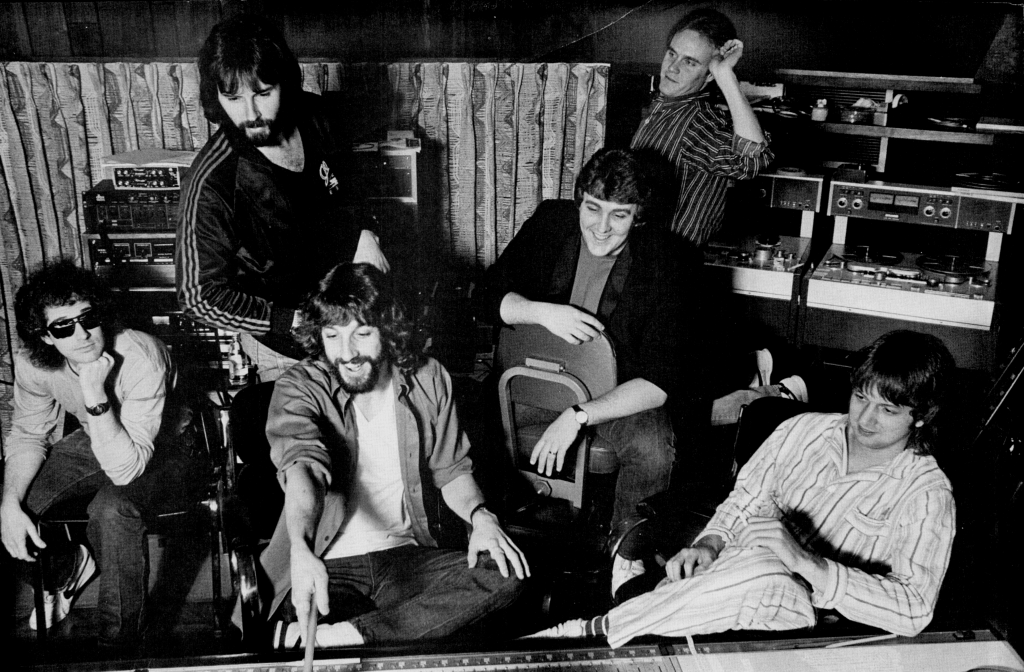 Longtime Kansas City rockers Shooting Star have seen a number of lineup changes since their formation in the late ‘70s, but the band’s consistently interesting blend of ballads, pop songwriting, and progressive rock, replete with keyboards and accented with violin means that while the names may change, the songs are always worth hearing. It’s a fact borne out by listening to the 20 songs which comprise the recent best-of collection and marvelling at how many were staples on area radio for decades: “Last Chance,” “You Got What I Need,” and “Touch Me Tonight,” to name but a handful.

The 40th anniversary double vinyl edition of Shooting Star’s Anthology collection is a reissue of the 2007 Renaissance Records double compact disc, but it marks a return for the band’s music to its original format after over three decades. Over a phone call right before the new year, Shooting Star’s longtime drummer, Steve Thomas, pointed out a few other facts.

“I grew up in the vinyl era, and I just always loved having the actual album,” recalls Thomas. “You know: the size of it, being able to look at it, read all the liner notes. It kind of takes me back to all of our original albums which were all just vinyl-only. It wasn’t until the best-of [Touch Me Tonight – The Best Of Shooting Star] that we had anything on compact disc.”

In addition to the fact that the long-running area rock ‘n’ rollers have returned to vinyl for the first time since 1985, the double LP offers up some deluxe swag in the form of band trading cards and a bumper sticker. That said, though, it is a bit bittersweet for the band’s 40th anniversary to fall in the middle of a pandemic. I asked Thomas how he and the rest of Shooting Star view their current situation, given the pandemic and the loss of original vocalist Van McLain to West Nile in 2018. 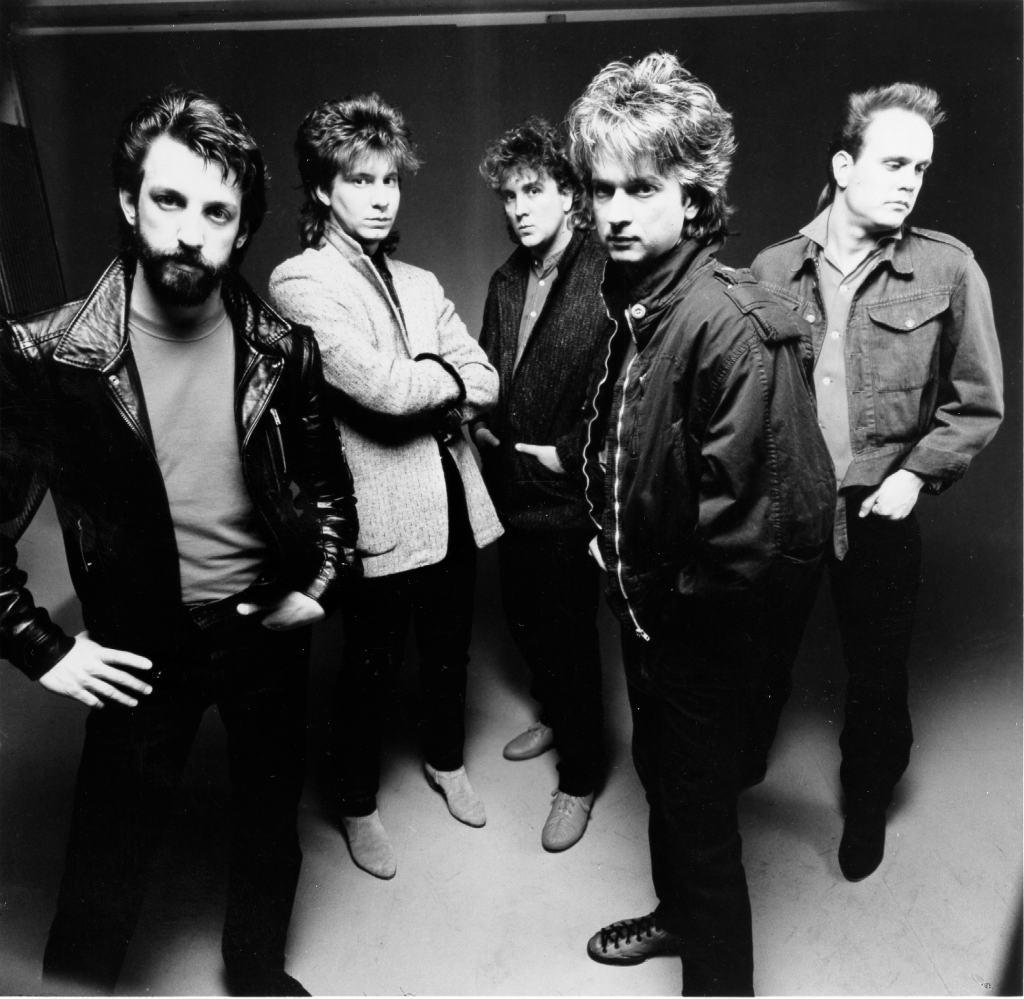 “It is a little odd not being able to play,” Thomas states. “We’ve had our personnel changes over the years, but originally, I was thinking, ‘Do we still go out and do these shows?’ And you know, our fans have been so wonderful and gracious and accepting of us—no matter what changes we’ve gone through—that when I talk to the fans and hear from them, I was like, ‘I can’t not do it as long as they’re still enjoying it.’ I love getting out there and playing.”

Shooting Star’s long career is due in no small part to the fans they’ve cultivated here in Kansas City, but also due to the support of radio. The band formed during the heyday of AOR and Shooting Star’s recording career would parallel the success of Kansas City’s AOR powerhouse, KYYS, better known as KY102. Thomas credits the station to being instrumental for Shooting Star.

“They were hugely responsible for our huge success in Kansas City, for sure,” Thomas says. “I mean, they jumped on it from the second they got the record in the station and they were always so wonderful to us.” 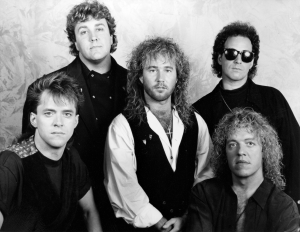 Thomas relates a story of being called up one evening by Randy Raley, one of KYYS’ DJs, as an example of just how wonderful the station was. “I was just sitting at home and he called me up and said, ‘Steve, what are you doing?’ I said, ‘Well, I’m just sitting here at home.’ He said, ‘Come down to the station: I have an idea.’ So, I go down and he has this idea to make it sound like I broke into the station and took over the controls. He was sitting there in the background running the dials and playing and stuff, but he had me on for at least an hour and it was a lot of fun, but back in those days, you could get away with stuff like that.”

Thomas points out that radio was the test back then for a band’s ability to find new fans, but sometimes, the ability of on-air personalities to dig deep and play bands who sparked their interest could be a bit of a double-edged sword. Even though Shooting Star got enormous amounts of airplay all over the country, as well as in Europe, “In the States, radio was so different back then. It’s crazy. We got enormous amounts of airplay, but during that time, DJs would play 20 songs in a row, back-to-back, and they might introduce the first song, the last song of the 20, but not necessarily those.”

Thomas says that it’s funny and that the band got to be kind of a joke: “Shooting Star’s the biggest band that nobody knows,’ because after all of our shows, it always happens: people come up and go, ‘I had no idea you guys did all those songs. I knew just about every song you played,’ and that’s because back in those AOR days, they played five cuts deep sometimes, and albums they liked. And you get played, but if you didn’t have that one hit single to associate the name with the band, people didn’t always remember who did what song without that number one single to kind of lock it in. We had enormous amounts of airplay over years and years, but they didn’t know who we were.” 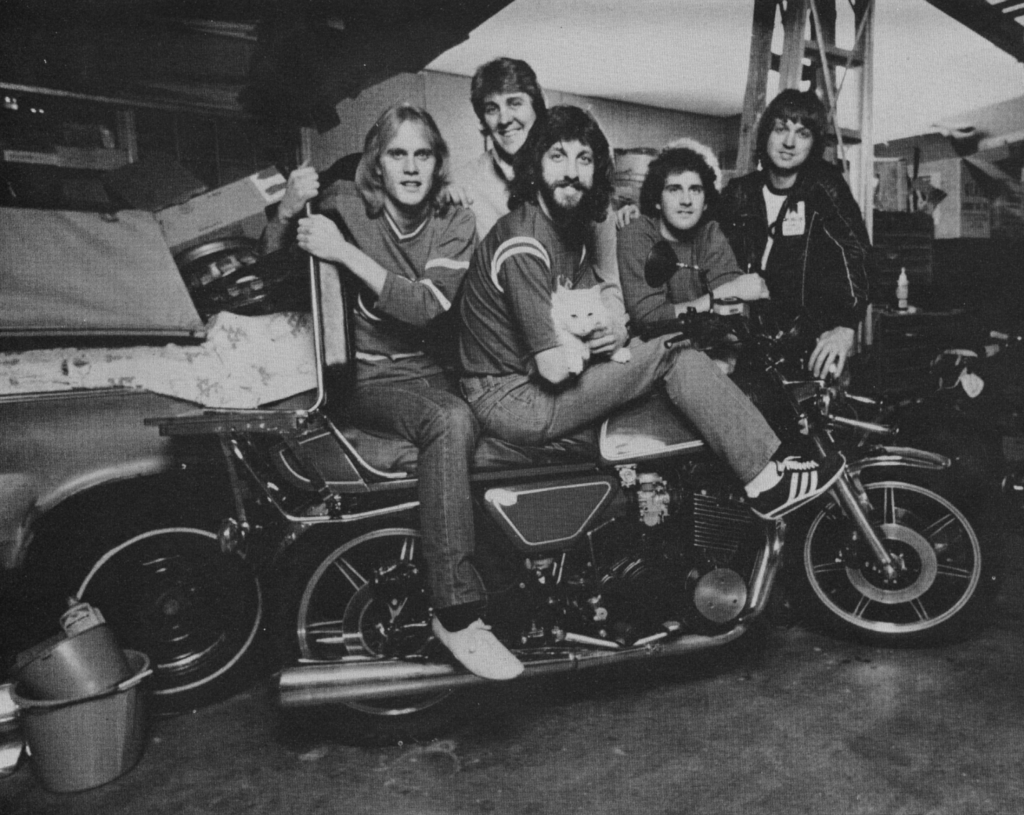 Thankfully, after decades together, the fans have always recognized Shooting Star. Whether it’s the prog-rocking “Last Chance” from their self-titled debut, or 1989’s pop-rocking “Touch Me Tonight,” the band’s sound has managed to weather myriad changes in the industry. I ask Thomas to what he attributes Shooting Star’s ability to keep going for all these years.

“It’s kind of what I feel as well as what I hear from our fans: the melodies,” Thomas says with conviction. “Gary [West] and Van pretty much wrote everything. I mean, just the melodies that they came up with! Gary was awesome at writing lyrics—just really heartfelt lyrics—but having a soft edge and a hard edge—which I kind of enjoy–in the band, too. I’m a fan of music. I like all kinds of music, so I do enjoy both the rockin’ stuff and the ballads and all of it in between.”

Going back to where Thomas and I started talking, with our discussion about vinyl releases, it seems that’s what’s kept the drummer doing it all these years: “Just being a fan of music. That was my big passion, growing up—music and listening to albums on headphones, just crawling inside the songs and listening to all the sounds and how they were recorded and reading the liner notes. Just a passion for music.”

Knowing what it did for him, Thomas says that he has no regrets.

“I feel so fortunate to have been able to live out some of my childhood dreams by getting out and playing,” states Thomas. “It’s still the same. I get the same charge going onstage today as I did back then. Also, I love the creative side of that: going in the studio and just creating.”