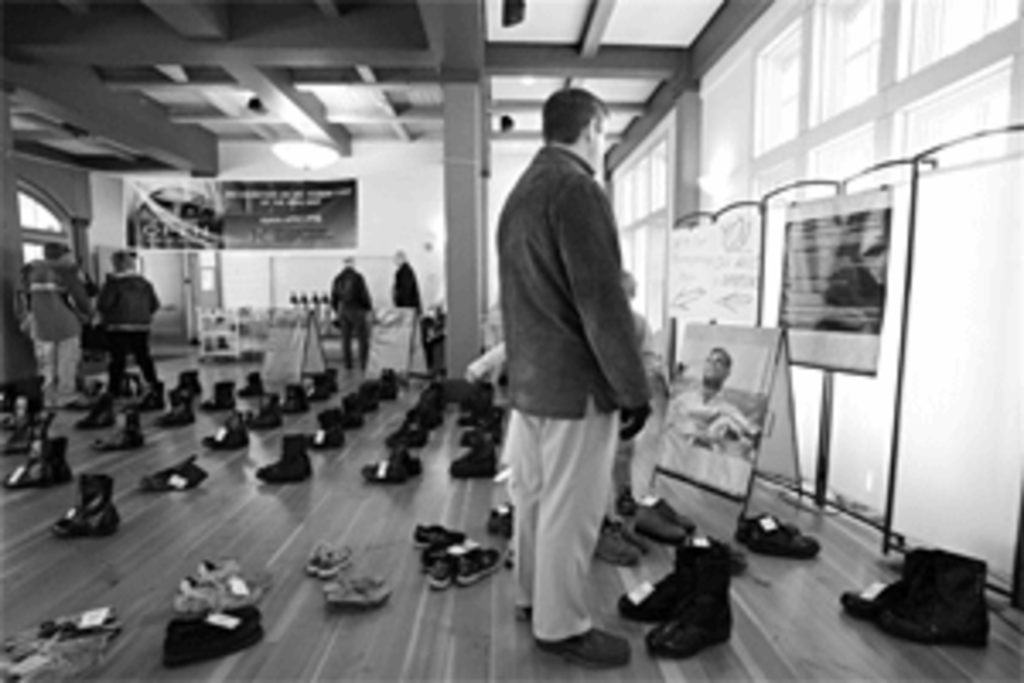 In the 1,820 days since the United States invaded Iraq, taxpayers have shelled out nearly $500 billion to allegedly disarm the evil-doers and build democracy in the Middle East. So what do we have to show for the massive expense as we approach the war’s five-year anniversary? Nearly 4,000 American soldiers have been killed — more than 900 of them younger than 22 years old — and another 29,000 have been seriously wounded. At least 80,000 Iraqi civilians have lost their lives, and 4 million residents have fled and sought refugee status in other countries. President Bush wants to stay the course, but a group of Kansas City activists are urging an entirely new direction. Today, they’ll continue a week of anti-war activities with a Community Festival for Peace and Justice, featuring speakers, musicians and ways to get involved in local groups working for social change. The event runs from 1 to 5 p.m. in the quad behind the University of Missouri-Kansas City’s Royall Hall (5200 Rockhill Road). For more information, see kci kciraqtaskforce.org.