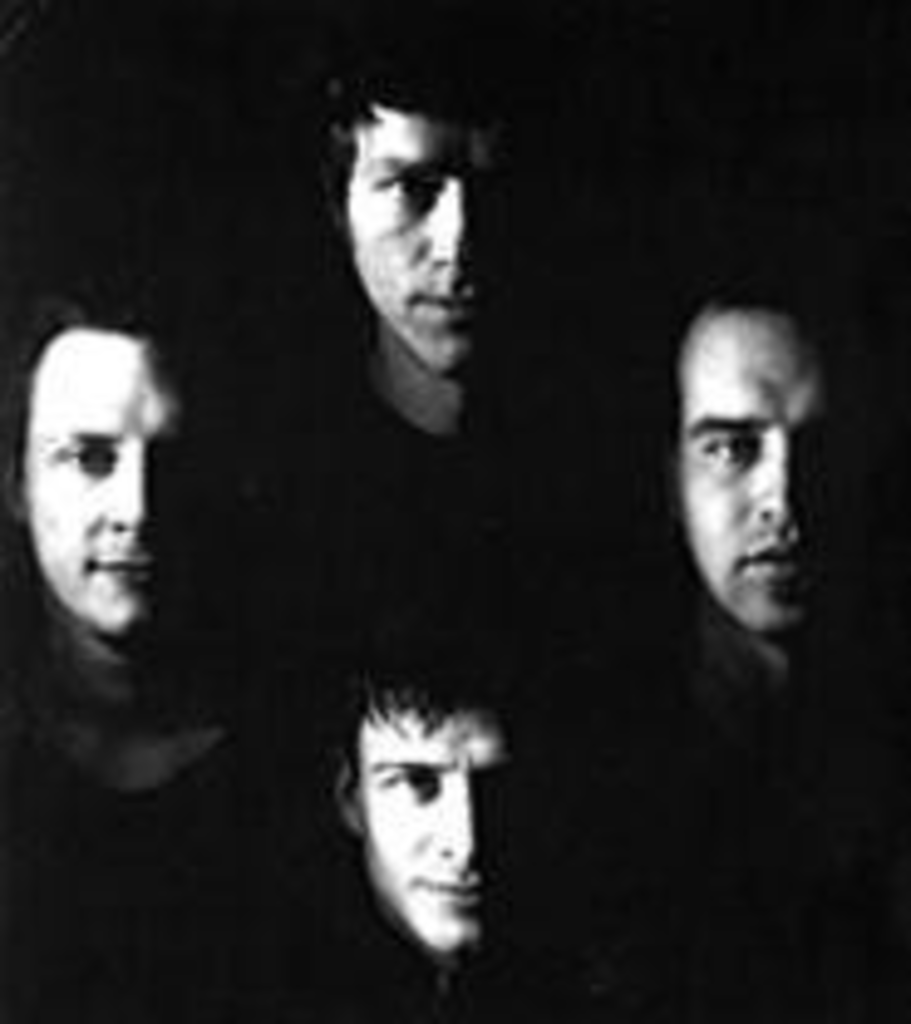 Why now? It’s a question seldom posed to retiring bands, unless it’s directly followed by “why not ten years ago?” Understandably, artists are usually reluctant to call it quits until they’ve played every card — adding new members, changing musical direction, fleecing fans with fake farewell tours. But occasionally, a band in its creative and popular prime will simply walk away, leaving a legacy free of awkward transitional experiments and burnout byproducts.

Shiner, recognized locally and nationally as the standard-bearer for Kansas City’s progressive post-punk movement, will fade to black after one last show Saturday, January 25, at the Madrid Theatre. By most indications, the quartet recently reached the zenith of its decade-long run, touring Japan and filling American clubs in support of its masterful fifth album, The Egg. But beneath the shell, its members felt the pressures that accompany a signature sound.

“Any band that’s been together that long feels the restrictions of its own style,” singer Allen Epley explains. “You’ve already carved out your path. You can’t put out a ska record if you’re a metal band.”

Similarly, you can’t put out a breezy pop album if you’re a challenging, atmospheric rock act. Shiner’s influence far exceeded its sales status, but musicians can’t live on liner-note mentions and affectionate instrumental appropriation. After issuing 1997’s turbocharged, trigonometric Lula Divinia, a brainteaser that garnered a cult following but boggled casual listeners, the group pondered commercial viability. The disc that resulted, 2000’s Starless, contained plenty of melodic entry points but remained too celestial for radio consideration. Even at its most accessible, Shiner couldn’t let a hook pass without running it through a rhythmic gauntlet or shrouding it in space-cadet static.

Shiner’s refusal to compromise its complexity might have doomed its platinum prospects, but it cemented the band’s fanbase. When the group takes the stage for the final time, its following will have no reason to fear any dated documentation of a dead trend. Shiner grew as much as it could without losing its identity. It evolved, but it never became a different species.

And unlike endangered acts of the recent past, whose members’ incompatible personalities eliminated any hope of a decent farewell, Shiner will receive a formal send-off. This concert, held at the classy Madrid instead of one of the less festive clubs in which Shiner built its reputation, provides closure for fans. Equally important, it enables the musicians to wring the remaining vitality out of this formula.

For three-fourths of Shiner’s lineup, musical reincarnation starts immediately. Guitarist Josh Newton and bassist Paul Malinowski are already exploring more intense territory with Fire of 1666, and Epley and former To Conquer backbone Mike Myers are pairing desert-sludge production with early-alt-rock urgency in the freshly christened Satchel Page. (Drummer Jason Gerken plans to move to Los Angeles this summer in search of the right project.) Before the end of the year, area crowds will see these outfits in action — and because their deceased parent group will receive a proper burial, its members won’t be haunted by fans interrupting their sets by calling out for Shiner songs.

So the Shiner saga concludes with no loose ends, no hard feelings and two esteemed area outfits (the People and Dirt Nap) on hand to receive the torch. But some stubborn fans, refusing to be satisfied by rational explanations and the promise of twice the music from the same talent pool, might still ask “Why?”

For fans, that’s the most frightening thing about a seemingly successful group pulling its own plug. It’s completely disconcerting, like a middle-aged, marathon-toned jogger collapsing dead or a spotless car sputtering to a stop on the side of the road. Completists can buy every bootleg and scour the Web for every available kernel of trivia, but they still can’t check the band’s heart or look under its hood. At least Shiner has given fans fair warning, allowing them to escort the band as it moves gracefully — and permanently — into the past tense.