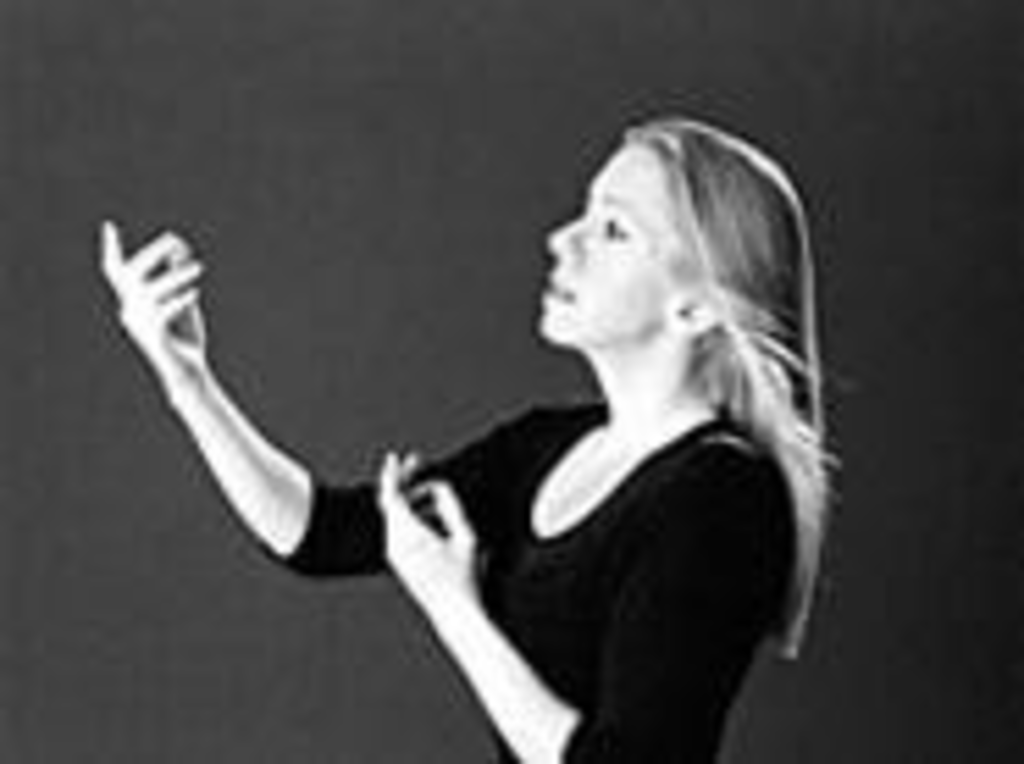 Last fall, we ran a story about a postmodern mime troupe from Chicago (“These Clowns …,” October 9, 2003). “Mimes: Who needs them?” we asked. “Well, maybe you do and you don’t even know it yet.” This was meant to be playful. Although we had interviewed the touring mimes and were impressed by what they had to say, we still associated them with clowns. And as longtime readers know, we make no secret of our fear of clowns. As we’ve said before: Clowns freak our shit out.

But months later, local mime Beth Byrd sent us a note of thanks. “I practically jumped up and down in public (Muddy’s on 39th),” she wrote. “Thank you x’s 3 for ‘getting it.'”

What had we “gotten”? Wanting to educate ourselves, we met with Byrd expecting to find out what it’s like to be trapped in an invisible box, to climb invisible stairs and to be alternately very happy and very sad.

Observation No. 1: Mimes are not necessarily quiet. That whole not-speaking thing? It’s not just a weird way of compensating for having little to say in the first place. Byrd talks quite a bit, and her comments are accompanied by gestures that for most people would emerge only during a game of charades. When she’s describing the difficulty she had finding the Division of Motor Vehicles office in Olathe, for example, her hands climb diagonally upward to represent the time she spent looking for it, then collapse back down across her body in a gesture that evokes throwing away that time.

Byrd’s particular style of pantomime falls into the genre of “movement theater,” and it’s geared toward adults. In an upcoming show, she will portray a plant that climbs up trees and strangles them. The “tree” is a man she meets in a bar.

“People think we just sit around practicing walls and windows and stairs, but we don’t,” she says. “We learn those things because we want to put them in a story.”

Byrd understands that mimes get a bad rap. “You gotta take some punches,” she acknowledges. And yes, Byrd got into miming through clowning. “Clowns offer themselves up to be laughed at. People take themselves so seriously,” she says. “Even some clowns I know. Serious clowns crack me up. I’m like, ‘Come on, you’re a clown.’

“I knew I wanted to be a clown when I was seven,” she continues. “I kept trying to deny it. I was a music major for a while. I took English classes and wrote poetry.” But she finally came out of her big-shoe-filled closet. One weekend, back when Byrd was still working several restaurant jobs, Red Skelton was in town, and Byrd couldn’t find anyone to cover her shift so she could see him. At that time, Byrd ate dinner at Gates every Friday night. When she walked into the restaurant that night, she saw clowns everywhere, but she thought she was so tired that she was hallucinating. When her friend asked if she saw all the clowns, her response was, “You see them, too?”

Red Skelton was eating dinner there, as were all of the visiting Ringling Bros. and Barnum & Bailey Circus clowns.

The experience must have been hallucinatory, indeed. In her shoes, we would have joined them, too.