She’s Got the Look 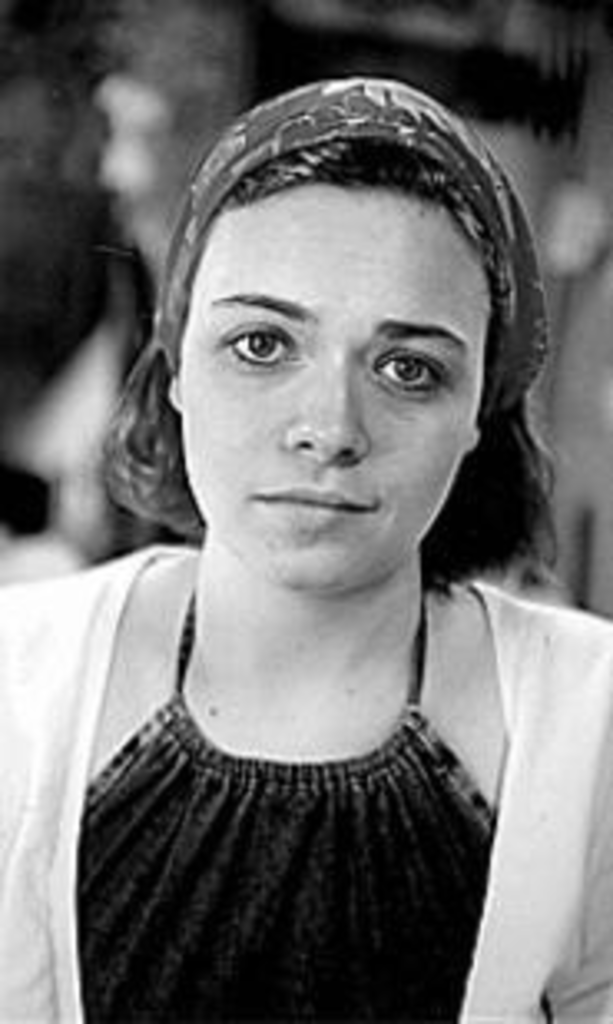 Jessalyn Kincaid is a white girl. A white girl with a round face, ruddy cheeks, shiny eyes and big ol’ knockers. A year ago, she was wearing a fat bunny suit with long ears and drawn-on whiskers to play the sweet, innocent Velveteen Rabbit in the Theatre for Young America’s play of the same name. Now she humps the stage for hours on end in a long, lavender cloak, performing as Prince in Late Night Theatre’s quirky, all-female homage to Purple Rain.

To the audience, Kincaid is Prince. Not for every second of the play, admittedly. But especially during the musical numbers (which Kincaid performs with alarming accuracy) the performer approximates Prince’s physical likeness well enough that if you want to suspend your disbelief and get caught up in the illusion for a little while, you can.

But Kincaid was still pretty overwhelmed when, out promoting the show one evening at Tootsie’s, she danced with a woman who swooned, bragging to her friend that she’d just danced with Prince. Now, this woman was probably — hopefully — not really confused about whether Purple Rain-era Prince was out dancing at Tootsie’s in 2005. If she was, she was probably — hopefully — also quite drunk. Nonetheless, she was moved enough by the eerily Prince-like features Kincaid had drawn onto her round, white-girl face that she felt and acted giddy afterward — she didn’t feel like she’d just danced with a woman in a big, purple coat.

Similarly, one night after the show, some audience members stormed the dressing room to see the star of the show. You know … “Prince.” Kincaid had already removed a couple layers of makeup and unrolled the golden-brown hair that had been stuffed under a wig onstage. By now she was calmly enjoying a hard-earned beer. Unrecognizable to the rogue audience members, she didn’t register as the woman who played Prince. “I knew it!” one exclaimed. “He’s already gone!”

Though Kincaid earned a degree in theater, her training did not prepare her to transform into a singing, androgynous sex symbol — any more than it prepared her to become a giant stuffed bunny. And it certainly didn’t prepare her to do the makeup for either role.

“I was always the pretty lead, the love interest. I wore street makeup,” she says. “I took one class in makeup art … no offense to my professors, but nothing I learned in that class was very helpful.” Becoming a rabbit was hard but not terribly complex. Using the time-honored trial-and-error method, Kincaid gradually perfected a way to exaggerate the roundness of her eyes and apply whiskers and drawn-on stitching. Prince? Well, we all know he’s something else.

By the time I saw the flier for The Show Formerly Known as Purple Rain, I had already heard of Late Night’s plans to stage an all-female Purple Rain. And I already knew who was in it, so I imagined that this would be a campy production in which Prince would look like a white girl playing Prince, and not like Prince … like, for real. I assumed the troupe would play up the dissimilarities. Who would cast Jessalyn Kincaid as Prince expecting it to legitimately work? She’s a talented lady, but let’s be reasonable, people. Let’s not go crazy just yet.

Then I saw the small handbill for the show. Looking at it from a distance, I thought Prince’s face had been Photoshopped onto the body of Kincaid, who sat on a motorcycle with leading lady Apollonia (Corrie Van Ausdal) straddling the seat behind her. I was mistaken. Up close, I could tell that this was not Prince’s doctored likeness. But it wasn’t too far off, either, and gone were all traces of the woman I’d seen in Late Night’s previous production, Mother Trucker (in which Kincaid played a slew of roles ranging from a truck-stop prostitute to a Jesus-Willie Nelson hybrid called “Jesus-Willie”).

I wasn’t the only one shocked to discover that the makeup artist behind this visual transformation was the actress herself. Kincaid was floored when she showed up for the photo shoot and discovered that no professionals had been brought in to help her.

“The makeup hadn’t even crossed my mind,” she admits, now laughing at the obvious fact that makeup would be essential for transforming into a man a shade or two darker than she is. “I sort of assumed there would be someone to help, but there wasn’t. It was just us girls.”

Necessity might be the mother of invention, but it is certainly the mother of Jessalyn Kincaid’s Prince. Focusing more on changing the gender of her face than on changing its color, she set to work. And what she achieved was important not just for the fliers but for her progress with the role. You see, she’s never admitted this, but there were times when she wasn’t sure she could pull off Prince. “Fortunately,” she says now, “at that point, I knew we had nowhere to go but onward.”

She knew she could sing it, but Prince is nothing if not over-the-top confident. So somehow, this girly white woman was going to have to muster over-the-top confidence in herself as a racially ambiguous man who sings and dances to songs such as the masturbatory “Darling Nikki.” That’s asking a lot for a sweet little bunny wabbit.

When the troupe decided to try to pull off pitch-perfect renditions of the songs, that solidified it: This would not be a campy, ha-ha-I’m-so-not-Prince performance. “It’s probably the hardest thing I’ve ever done,” Kincaid says. “It was like everyone else could be perfect and hilarious, but if I don’t look like Prince, if I’m not Prince, we’re all sunk. This puppy just won’t work.”

For each show, Kincaid starts by putting her hair into pin curls so she can shove it up under that Prince wig. Then she applies base that’s about one shade darker than her normal skin color, followed by one thin coat of brown eye shadow. She coats her eyelids in black eye shadow and applies thick coats of mascara to her lashes. Smiling, she traces her cheekbones in black to hollow them out, making the shape of her face more manly. Then, because dark areas recede and light areas appear to jump out, she draws a white line right under the black line to add even more cheek definition. To create the full, pouty lips, she lines hers with dark lip pencil but uses light-colored, high-sheen lip gloss to fill them in. Finally, she applies the classic Prince mustache with a textured sponge. “He has a very specific mustache,” Kincaid notes. “It’s a flava sava.” The final touch is several layers of powder to hold the face in place. “Otherwise, it smears all over.”

It was when Kincaid looked in the mirror with the makeup on that she finally saw herself in the role. Many of the mannerisms and physical quirks she mastered — the slight sneer, the sweeping hand motions, the hip-wiggling weirdness — were mastered in that moment, made up and in front of a mirror for the first time.

Were Kincaid’s makeup applied less skillfully, the Prince disguise might come across as something perilously close to blackface. It is helpful, in this respect, that Prince himself wears makeup. Playing Prince also, conveniently, doesn’t mean acting out exaggerated racial characteristics. Prince may be weird, but in his weirdness he defies stereotyping.

“I mean, who is he? Is he a man? Is he a woman? Is he black? Is he white?” Kincaid says. Race is part of the performance but not all of it. “I’m playing him as a musician, as a performer, as a sexual entity.

“I’m already crossing strange lines, and so is everyone in the show.”