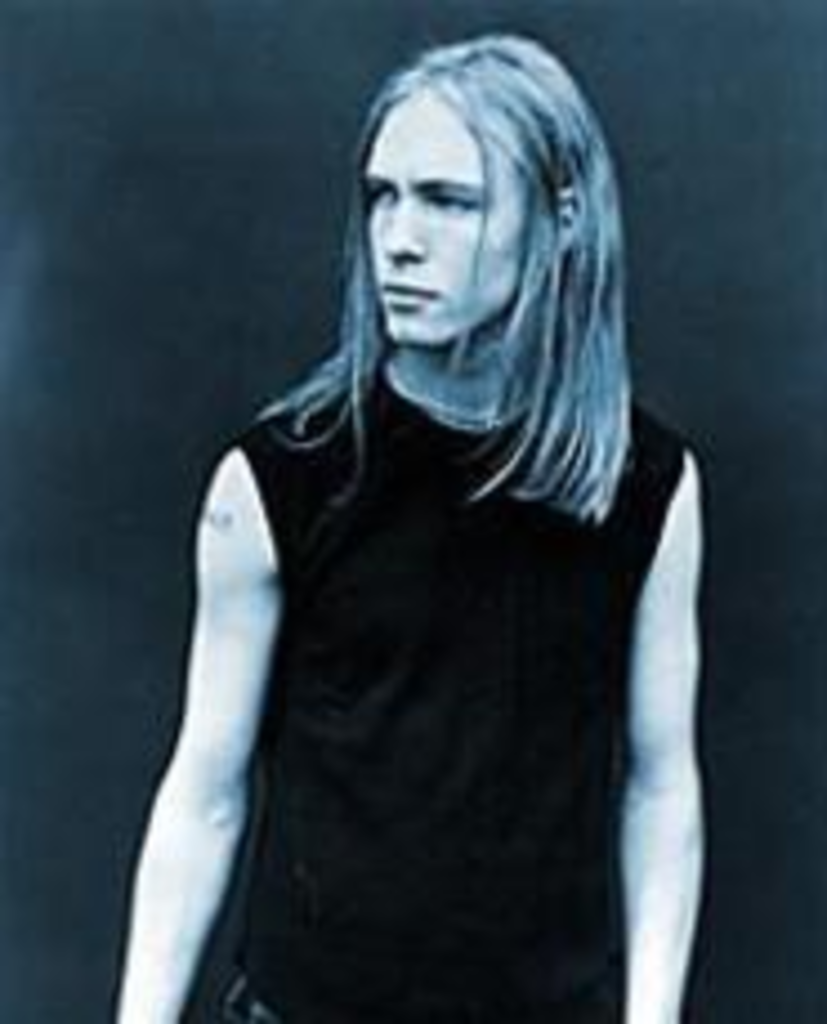 The good news is that PitchWeekly got to hear Kenny Wayne Shepherd unplugged. The bad news is that for Shepherd, “unplugged” means a cell phone.

“We just have to deal with it,” Shepherd says over the static of a connection decidedly more remote than any cellular carrier would like advertised. “The Black Crowes are doing a soundcheck, so I can’t use the pay phone outside,” he explains, sounding as though he’s talking about a flock of vengeful birds waiting to attack rather than a quintet of callous musicians. From that point forward, a 20-minute telephone interview becomes a trek over badly potholed blacktop as the signal oscillates, often disappearing completely.

Unlike his weak wireless, Shepherd hardly needs recharging. Touring in support of his eponymous band’s third disc, the barely 23-year-old guitarist has already won a Billboard Music Award, been nominated for a rock instrumental Grammy, and launched his two previous albums to the No. 1 slot on the blues chart. Often backed on record by members of Double Trouble, Shepherd has also fomented bonds with Dr. John (who plays on the new Live On), Eric Clapton, and B.B. King.

“B.B. flew me up to New York to jam with him at the opening night celebration for his new club,” Shepherd says, his voice containing all the casual swagger you’d expect from a youthful rising star. King is the only elder who still rattles Shepherd, who says he’s met “pretty much everybody” he wants to among the ranks of guitar gods and journeymen. (Shepherd’s capsule review of the new Riding with the King, which features Clapton and King trading licks on every track: “It’s pretty good.”) “But just playing with B.B. makes me nervous. You can’t help being nervous around him…. I got to play ‘The Thrill Is Gone’ on stage with him.” The irony of performing the song with the only thriller left in the game for Shepherd seems lost on him. But maybe that’s just the phone carrier failing.

Shepherd’s influences include the two dominant strains of blues rock since the ’60s: Muddy Waters, whom the Rolling Stones helped popularize late in his career, and Cream, the band of heroic hard-rock godfathers Clapton led. Waters is Shepherd’s favorite singer, but the sound he attempts to capture on disc is that of Cream, something he calls “a more ’60s kind of music, more real.”

To squeeze that out, Shepherd has twice turned to an unlikely producer, former Talking Head and Live guru Jerry Harrison. “Jerry gives me the freedom to explore and do things,” Shepherd says when discussing what the pop-bred Harrison brings to his blues bread-breaking. As for whether the relationship will remain in place, Shepherd says, “I’ve been approached by other people. It’s possible. Maybe we’ll work with Jerry again.”

Q: How has your songwriting advanced in the short time since you began making records?

A: The depth of the lyrics … (static) … there’s a lot … maturing … once the song’s written … the arranging … I’ve pretty much arranged the song from top to bottom. My co-writers … (static is harsh now) take the ideas I have … I like … with them.

Q: Being 23 yourself, the average age of an ‘N Sync-er or Backstreet Boy, how do you feel about the apparent domination of young men over the charts?

A: Every little bit helps … anytime there’s … someone doing something for the good of the music … I think that … we’ve got a lot of young fans. (Static, then the line goes dead.)

Q: We got cut off. Thanks for calling back. How did you hook up with Double Trouble and Gov’t Mule?

A: I’ve known Chris (Layton) for years. I don’t think I could go into the studio without them. … (Twenty seconds of static are followed by a laugh, as though a funny story has been told.)

Q: How do you feel about playing blues rock in a gritty tradition but having a glossy order form for Shepherd T-shirts and jackets in the disc packaging?

A: We design most of that stuff ourselves and handle the merchandise through our office. It’s a whole other aspect. (Signal cuts off again.)

A: We do a couple of … (static erupts again) … we change the set every night … (fades) … overall structure … a bunch from the new album … (fades) … from the second album … from the first album … acoustic set.

It becomes evident that even without the involuntary mad-libbing foisted on him by his tricky cell phone, Shepherd is a whippersnapper of few words. Interviews seem to goad him into a monosyllabic stoicism most twenty-somethings reserve for their parents and first dates. That may, in fact, explain the explosion of cellular technology among that demographic.

Asked whether he himself plans to eventually sing (the Kenny Wayne Shepherd Band employs vocalist Noah Hunt), Shepherd says, “I’m working my way into it. I’m happy with things the way they are. I don’t want to step up to that plate until I’m ready.”

Regarding the relatively quick ascent he’s enjoyed, Shepherd says, “The positive feedback from the audience has really helped my confidence.”

What’s his strategy? “Just one day at a time,” he says. Okay, not really. But he probably would have uttered that if he’d stayed on the phone longer.

As it is, the line cuts out again just about the time Shepherd begins to sound impatient, either with the connection or the interview — not that he sounded happy-go-lucky to begin with. He does play the blues, you know — or something like the blues as strained through the wide mesh of corporate boogie rock practitioned by Fabulous Thunderbirds et al. In the absence of more thoughtful commentary from Shepherd himself, Live On does his talking but still doesn’t say much. At its best, Shepherd’s band writes and plays a tuff-enuff facsimile of Texas chili rock. More often, the album has the derivative soupiness you’d expect from someone whose skills have matured faster than his talent. The bad news is that Shepherd may already be too convinced by his own hype to advance to master status. The good news is that there’s a lot of time ahead of him to try.