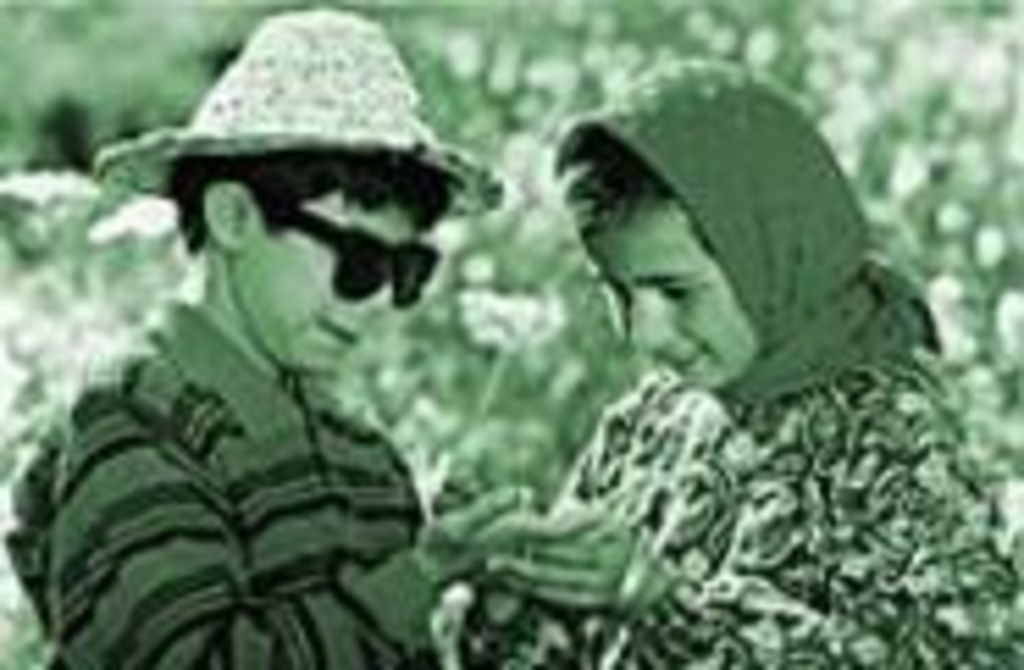 It is difficult to reconcile American perceptions of Iran, a rigidly authoritarian Islamic fundamentalist society, with the captivating and compassionate films that emanate from the country. Most of these pictures, including 1995 Cannes Film Festival Camera d’Or winner The White Balloon and 1998 best foreign-language film Oscar nominee Children of Heaven, center around children. Simple, unsentimental, yet touching, these tales are socially conscious but not overtly political; many seem to function almost as fables. That is certainly true of the latest Iranian film to hit our shores, The Color of Paradise, written and directed by Children of Heaven‘s Majid Majidi.

The Color of Paradise centers around Mohammad, a bright, sunny, 8-year-old blind child whose widowed father, Hashem (Hossein Mahjub), considers him a burden and tries to get rid of the boy, first by off-loading him at a school for the blind and then by sending him away to apprentice for a blind carpenter. Hashem’s coldness toward his son is in marked contrast to the love showered on the boy by his doting grandmother (Salime Feizi) and his two younger sisters, who recognize Mohammad for the sensitive, generous child that he is. It is an irony of allegorical proportions that Mohammad is blind but can “see” the beauty in the world, while Hashem is the classic sighted man who cannot.

As Mohammad, young Mohsen Ramezani gives a heartbreakingly appealing performance, joyful and smiling one minute, vulnerable and tearful the next. Keenly attuned to nature, he reveals a heightened sensitivity toward both the physical and spiritual worlds: Whether touching, listening, or smelling, he wholeheartedly embraces life, bubbling over with curiosity and a sense of wonderment.

Like many of Iran’s recent crop of child-centric stories (which The Taste of Cherries director Abbas Kiarostami describes as “films about, but not for, children”), The Color of Paradise is almost neorealistic in approach. Shot on authentic locations, using professional as well as nonprofessional actors, and favoring an unobtrusive camera and editing style, these films seek to highlight the social problems of ordinary people. Given their miniscule budgets, the films prove surprisingly accomplished artistically.

Despite its simple visual style, The Color of Paradise contains a number of stunning images. These include a shot of Mohammad’s sisters, with piles of leaves tied to their heads, racing across a pasture to greet their brother when he returns home for the summer; a slow-motion image of the grandmother walking into a courtyard as white goose feathers swirl around her; a scene of a storm approaching, with howling winds and dark clouds blowing across the sky; and a shot of Mohammad and his grandmother walking through a colorful field of flowers, a setting that recalls Monet.

The relationship between Mohammad and his sisters is especially moving, and Majidi, an actor before turning to directing, coaxes wonderful performances from all three children. As in the director’s earlier Children of Heaven, the screen siblings communicate a sense of absolute love, trust, and familiarity toward one another.

It is interesting to note how many post-Revolutionary Iranian films revolve around young children, with particular attention paid to relations between siblings. Perhaps because of the creative limits placed on art — it is forbidden to show adult men and women in any sort of intimate situation on screen — filmmakers have turned to stories about children. Despite the subjects’ young age, however, the characters are caught up in an adult world, where poverty is a way of life and religious traditions are revered. The films are not critical of the state in the way Eastern European films of a generation ago were. The parents may be strict, often preoccupied, but they are also loving, and the family unit, like Islam itself, is a source of strength. Like so many of its predecessors, The Color of Paradise proves to be an unexpected and most welcome treat, highlighting the dichotomy between Western images of the Islamic state and the gentle films the country produces.