Sheena Greitens stands by allegations of abuse against her ex-husband 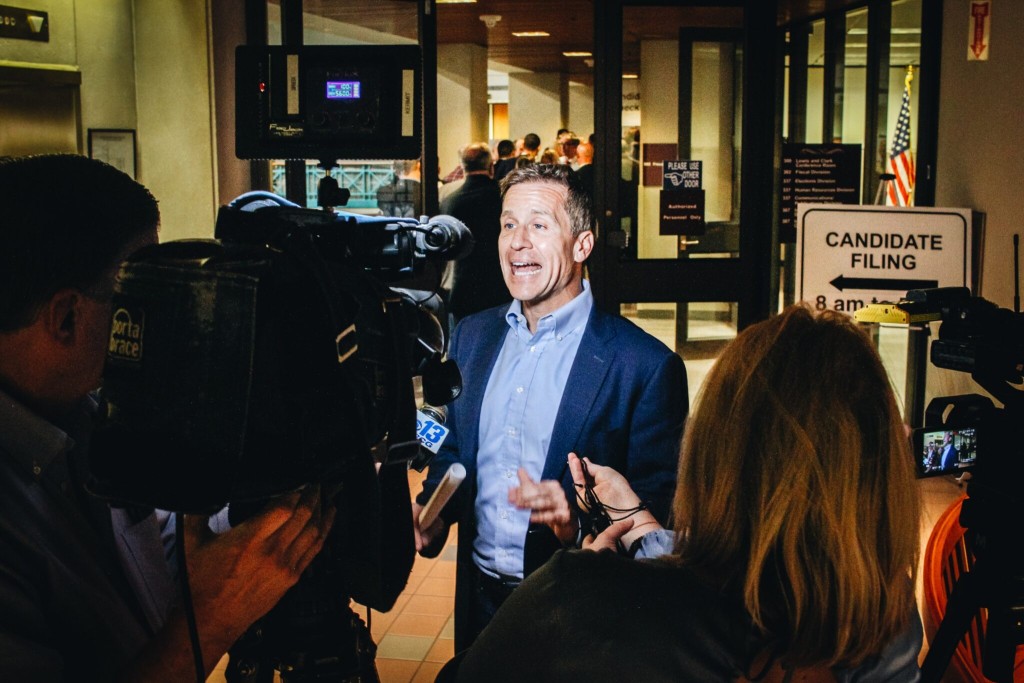 Eric Greitens addresses the media after filing to run in the Missouri Senate primary on Feb. 22, 2022, at the James C Kirkpatrick State Information Center in Jefferson City. // Photo by Madeline Carter

Former Missouri First Lady Sheena Greitens said Tuesday that she stands by her allegations against her ex-husband of physically abusing her and their children and denies any insinuation that her motivations are political.

Greitens released a written statement Tuesday after her ex-husband — former Missouri Gov. Eric Greitens — alleged she had been working with his political enemies to undermine his campaign for U.S. Senate.

The accusations are included in a sworn affidavit she filed as part of an ongoing child custody dispute.

“I stand by my sworn statements,” she said. “I did not discuss the contents of my affidavit with anyone other than my counsel and, after the affidavit was filed, my immediate family.”

Her only interest, she wrote, was “what’s best for my two children, and for the last four years, I have gone to great lengths to keep these family matters private to protect them. I am not interested in litigating this matter anywhere other than a courtroom,” she said. “At the appropriate time in the legal process, I will provide whatever evidence and documentation the court requests, including testimony under oath.”

Sheena Greitens is an associate professor at the University of Texas-Austin whose research focuses on American national security, East Asia, authoritarian politics and foreign policy.

On Monday, the 41-page affidavit became public accusing Eric Greitens of “unstable and coercive” behavior, including physical violence to their children. She described numerous acts of violence, and said Eric Greitens became so unstable in the months before his resignation in 2018 that his access to firearms had to be limited.

Eric Greitens has been considered the frontrunner for the GOP Senate nomination to replace retiring Sen. Roy Blunt, despite the fact that he was forced to resign the governor’s office in 2018 over allegations of sexually violent misconduct and that he stole from a veterans charity.

His rivals for the Republican nomination responded to the new allegations by demanding he leave the race. So did U.S. Sen. Josh Hawley, a Republican who has feuded with Greitens for years.

Eric Greitens’ campaign called the allegations “outright lies,” and in an interview Monday evening with former Donald Trump adviser Steve Bannon, he claimed without evidence that his ex-wife was coordinating with his enemies in Washington, D.C.