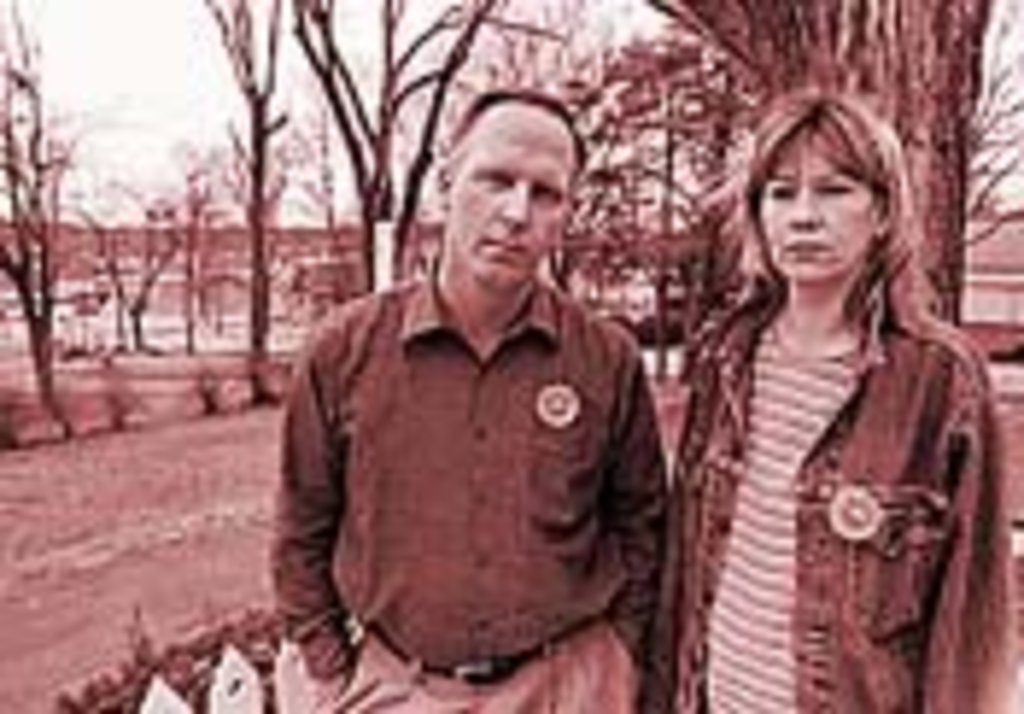 Melrose Street in Shawnee, Kan., looks more like a road in a small town than one through a Kansas City suburb. Houses with outbuildings stand on irregularly shaped lots. Mature oak and hickory trees blanket the hillside, which teems with birds and wildlife. The area is resoundingly middle-class, a place where neighbors know and take care of one another. Professionals live next door to blue-collar workers. Young couples with children have neighbors who have lived in the neighborhood for decades.

But the quiet on Melrose belies the fact that the street was the center of a recent fight among elected officials, business leaders, and residents. For years, the face of Shawnee that many people saw along the highway-like Shawnee Mission Parkway west of I-35 has looked increasingly marginal. A long stretch of weedy parking lots, vacant property, and crumbling buildings has been the bane of the neighborhood Melrose bisects.

“We have nothing against development,” says Paula Morris, who sits on the couch in the living room of her home, a unique single-story house on 1 1/4 acres. Morris is subdued. “We want that ugly commercial strip redeveloped. It has been years since it was something we could live with. But this is the wrong way.”

More than 60 homes in Morris’ neighborhood were part of a redevelopment scheme called the Gateway Project, which would have brought down the houses in favor of commercial redevelopment of the dilapidated property along the parkway.

Behind Morris’ calm exterior, she seethes. After hearing of the redevelopment scheme, she and her husband, David, went from content residents of a quiet neighborhood to community activists overnight. Behind David, who sits in an armchair, a sign emblazoned “Save Our Neighborhood” covers one of the home’s front windows.

“(There was) no public involvement on the redevelopment project,” says Paula. “She (city councilmember Tracy Thomas) says she was afraid of agitators. There were some elected and chamber of commerce people on the Shawnee Area Economic Development Council (EDC) who cooked this deal up behind closed doors. The EDC had no public accountability.”

“We found out about it from an article in The Sun newspaper February 3,” says David. “We had no notification from the Shawnee council on the deal. The neighborhood is not anti-development. It is something that needs to happen.

“But if the area is offered openly for developers to bid on, which it has not, the developers will figure out what to do there. We don’t need to give them the neighborhood when plenty of area is already commercially zoned. We strongly believe it is immoral to come into an older neighborhood just because it is older and condemn property to give to a developer so they can make huge profits.”

“We were shocked,” Paula says. “We don’t have a neighborhood association, but we decided to have a neighborhood meeting. We went from door to door with fliers about what we knew about the project. We called neighbors, visited with them on their front doorsteps.”

About 200 people attended the Feb. 5 neighborhood meeting about the issue. Mayor Jim Allen, Thomas, councilmembers Frank Goode and Tim Roche, and several members of the EDC listened to distressed neighbors present their concerns about losing their homes to a redevelopment they knew nothing about.

And they would not have known about talks between the EDC and private developers had it not been for the Green Lantern Company, which wanted to put a car wash on the old Zarda Dairy property. Zarda was once a Shawnee landmark, but through a series of acquisitions and mergers, the Zarda buildings were vacated and torn down, leaving an 8-acre square of grass and broken pavement. A restaurant company bought the land years ago but quashed plans for building there. According to Thomas, Green Lantern put in an option for the old Zarda property, and the city council put a stop to the idea of a car wash on the site by temporarily ending development in the proposed redevelopment area.

“Without a moratorium on development there,” Thomas says, “we could not stop it (the car wash). The site already has commercial highway zoning. If you plop in a car wash, which I have learned could be a truck wash, in the middle, you lose the last chance to fix the problem.”

Thomas says the EDC, of which she is a member, worked on the redevelopment idea informally with private developers for more than a year.

Thomas says committee members found that no developer would offer much as long as the allotted space was only 300 to 500 feet deep. Committee members, however, continued to look at traditional modern development: box stores, offices, pad sites, and strip malls.

During discussions of redevelopment plans, city councilmembers and the mayor revealed nothing to the public. “No one likes to be left out,” Thomas says. “Then we hear people say, ‘No one asked me,’ when people do take leadership on an issue. For the first six months of discussions, there was no talk of taking property that would not be commercial. Why upset people unnecessarily while brainstorming?”

Thomas says she cannot pinpoint when discussions of the project turned to including private homes in the redevelopment area. “No one kept notes,” she says. “We had some informal breakfasts and were looking at different things. We wanted to be proactive. We looked at maps and talked about them.

“We asked, ‘What if this? What if that?’ Nothing was etched in stone, there was no final plan. We had a great debate, and some committee members would talk to developers about what would fly.”

When it came to light that the EDC was working on redevelopment plans, the committee had not developed a finite idea for recommendation to the city council. The maps revealed Feb. 3 were only ideas, Thomas says. Nothing concrete emerged from EDC talks. However, residents point out that, for as ambiguous as redevelopment plans were, EDC members knew precisely where they wanted to develop.

Oddly, Goode, a retired salesman who represents the area in question, found out about EDC discussions when his neighbors did. “I didn’t have any idea,” he says. “My stand is simple. I am against any development that would take owner-occupied homes. I want to protect our older neighborhoods. That is all I have to say.”

Thomas says she feels as if she is out in front with the development, trying to make a difference in Shawnee by herself. Elected officials who said they would back the redevelopment scheme, incomplete as it was, have defected and are posturing for political reasons, she says. Perennial agitators, she says, “are feeding the skepticism, and residents don’t see that someone is doing something for them. It’s very interesting to observe that the neighborhood has fallen in love with themselves.

“I have worked for years trying to find a solution…. But the ‘NIMBYism’ (not in my backyard-ism) has so overwhelmed people that they would rather just stop. They know what they are against, not what they are for.”

Although Thomas has intimated that Shawnee residents outside the affected area should not be concerned with the redevelopment, David Morris says a neighborhood is a larger web of concerns, social connections, and ways of life. “In many ways, this has been good for us,” he says. “We have had to come together to save something we think is important. I understand why they want to redevelop the commercial area. It is a mess and has rotted for years. We are not ignorant to that.

“But when we moved eight years ago, we could have moved anywhere. But we wanted to be here for the wildlife, the homes, the atmosphere. And after eight years, we are still newcomers here. There are folks right next door whose family has lived in that house since the 1920s. The relationship you build up with people is important, and that goes across imaginary lines drawn by an economic development committee.”

Because of public opposition, the EDC’s original redevelopment plans have been scaled back from 62 acres to 30 and encompass only the commercially zoned area along Shawnee Mission Parkway.

Morris’ neighbor, Joe Stramberg, lives just two houses from the initial proposed redevelopment zone and is still concerned about any discussion about redevelopment. “I understand what could happen,” he says. “Once a developer is selected, the redevelopment area could expand. I have fundamental concerns about erasing the fabric of another neighborhood for bad development. It is like the elected people and the business people have not learned from history. We are becoming evermore urbanized here, and to do to us what happened to the inner cities decades ago means the city has no plan, no vision.”

Stramberg says the redevelopment idea that included private homes is an outgrowth of sprawl. “Developers are used to developing empty ground,” he says. “When they come here, they expect many of the same advantages. Sprawl has to stop somewhere.”

Stramberg says redevelopment efforts nearly always start with a small piece of land and expand as developers argue that the outlined redevelopment area does not provide enough profit. “Developers around here are so used to greenfield (previously undeveloped land) development,” he says. “It means a lot of surface parking, a lot of one-story development that will need to be redeveloped in 20 years. The lower profits on lasting and meaningful development also become the reason for developers to argue for expansion and growth of the area they will be working on.”

Stramberg and another architect are now working on site plans and possible building concepts that could include as much as 600,000 square feet in two buildings, with structured parking to accommodate existing zoning regulations. Stramberg says he and the other architect will present their ideas to the city council and the EDC to get discussion moving on alternatives to traditional sprawl development. “The thing is, you will have to think outside the box, as they say, to build something lasting, with more pedestrian access and green space,” Stramberg says.

Whatever happens, says Paula Morris, “the city council will have to include committees of citizens to figure out what people want. They will not be able to plan behind closed doors.”

The concern, says David Morris, is that if a plan had solidified and come to the ballot for voter approval, “many of the voters in this town drive down Shawnee Mission and see the blight but do not see the great neighborhood behind the blight. It would have been easy to convince people to back the larger redevelopment area. Who would have shown people we were here?”