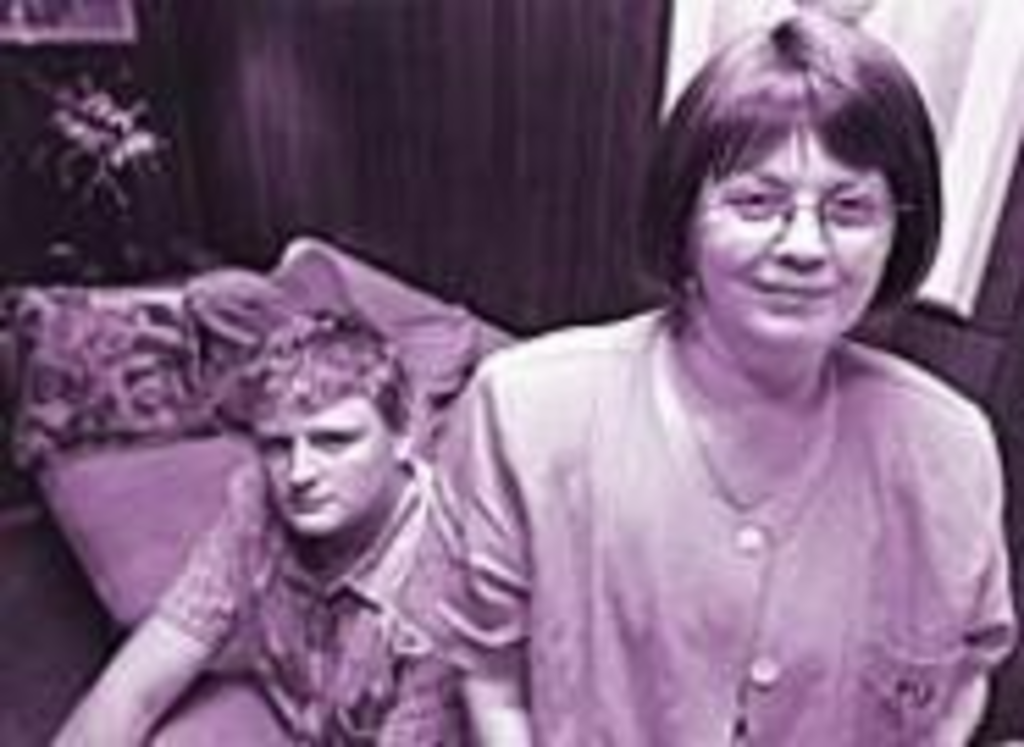 On school days, Sabra Kline gets in her car and cruises past the homes in her Overland Park neighborhood. She and her 16-year-old son, Stephen, pick up Alex Kolar, who should have been a freshman at Shawnee Mission South this year. Later that afternoon, Stephen and two other boys load into Stella Doering’s car with her son Zachary for the ride back from Kansas City Academy, a private school 20 minutes away.

When Stephen attended kindergarten at St. Peter’s School in Missouri, he took much longer than average to complete reading and writing assignments. Counselors determined that he had slow visual processing, which was classified as a learning disability. Around the same time, school officials also determined that Stephen had Attention Deficit Disorder, but he did well in school anyway.

Stephen’s family moved into the Shawnee Mission district when he was in first grade, and throughout elementary school he received reading assistance from Brookridge School’s reading center. However, when Stephen entered junior high at Indian Woods, he began to fail his classes and seemed unable to complete his assignments. By the time he entered Shawnee Mission South, Stephen suffered from depression so severe that he often refused to get out of bed on school days.

School administrators repeatedly told Kline they couldn’t help Stephen if he didn’t show up for school. Kline told them that even when he did show up, the programs were not meeting her son’s needs. She asked for daily one-on-one instruction, additional time to complete writing assignments, and the opportunity to give oral presentations in place of written work. Administrators tried to accommodate her requests but found it difficult to expect teachers with 30 or more students in each class to make those extra efforts.

The district refused to identify Stephen as having a learning disability. Before a school can accommodate a child’s special-education needs, the district must determine that he needs an individualized education plan (IEP). Although Kline requested an IEP for Stephen in 1998, the district denied it. He continued to fail most of his classes.

“The people at the district felt like they could provide for Stephen, but even the things that they promised, they didn’t follow through on,” says Kline. “If he had an IEP, the teachers would be required by law to modify his learning program.”

Last January, the district’s diagnostic team began evaluating Stephen to see whether he qualified for an IEP. Dr. Bill Crain, the school’s psychologist, found that Stephen’s ability to concentrate was adequate but that he struggled with activities that required visual-motor skills and speed. “His current scholastic troubles would appear to be the natural consequence of excessive absences from school and a failure to complete the required work of his various classes,” Crain wrote.

District administrators recommended that Stephen attend New Horizons School, an alternative to the traditional high school. Kline rejected that option after she learned that the curriculum at New Horizons was not designed to prepare students for college, and many of the school’s students had been in trouble with the law. In March of last year, she enrolled him at Kansas City Academy at a cost of $6,000 per year.

Within two weeks, teachers at Kansas City Academy confirmed that Stephen had serious learning problems. Kline had him evaluated by a psychologist, who agreed that Stephen’s slow processing speed affected his writing ability. Small classes at Kansas City Academy allow teachers to design programs tailored to each student’s needs, and since Stephen took much longer than other students to complete written assignments, for example, his teachers allowed him to give oral presentations instead. Stephen has thrived at the new school, where his teachers say he is bright and creative. He rarely misses a day.

Doering, the other driver in Kline’s car pool, says she too faced resistance from the Shawnee Mission district when it came to her son’s disability. Zachary has a visual impairment that will eventually lead to blindness. Rosehill Elementary School gave him an IEP in kindergarten because of his limited vision and the fact that counselors deemed him gifted. Even so, Doering says, teachers at Rosehill failed to implement learning modifications the Doerings and the district had agreed upon at IEP meetings.

Teachers were supposed to write Zachary’s assignments on paper because he couldn’t see to copy from the blackboard. Sometimes they did and sometimes they didn’t, says Doering. And Zachary was supposed to have access to a computer in the classroom, but the computer network was down for nearly an entire year. Although Zachary has a genius-level IQ, he maintained only a C average. Doering and her husband finally removed their son from the district and placed him at Kansas City Academy.

The problems Kline and Doering encountered aren’t unique. This year, the National Council on Disability released its findings: Nearly every state in the country fails, to some degree, to comply with the Individuals with Disabilities Education Act, a federal law designed to make sure that all children with disabilities have access to a free, appropriate public education. Kansas was out of compliance on 14 of the 41 categories the council monitored.

But Deborah Haltom, the Shawnee Mission School District’s director of special education, says “the process works very well.” Of the approximately 31,000 students enrolled in the district, 5,000 receive special-education services, she says, and that number fits right in with national and state averages. Haltom declined to comment on Stephen’s case, citing confidentiality issues. “If we had a lot of kids not getting the services, or our numbers were low, I’d be concerned,” she says, “just like if we had larger numbers, I’d be concerned. But I’m very confident in our program.”

Kline isn’t. “Shawnee Mission School District failed to identify Stephen as a child with a disability,” she says. “They should have identified him probably when he was in the third grade. But if they don’t identify a kid as needing special education, then they don’t have to provide special education services.”

This past March, Kline requested a due process hearing with the district. She wanted to ask for reimbursement for private-school expenses. Stephen had been entitled to an IEP, she believed, and if the district would not accommodate her son, she had no acceptable option but to place him in private school. But the hearing officer denied Kline’s requests. Kline says she’ll appeal, if for no other reason than she believes that somebody has to stand up to the Shawnee Mission School District. “I’ve got to do something,” says Kline. “If you don’t have a child who can be factory-educated and needs something different, it isn’t possible in this school district.”

Doering says that over the past four years, she has met roughly 40 parents — at PTA meetings for Shawnee Mission South, where her daughter attends, through friends, and at Kansas City Academy — who felt they had no choice but to remove their children from Shawnee Mission schools and place them in private schools that could accommodate their children’s disabilities.

“When Zachary finished elementary school in the Shawnee Mission district, I wondered if I would even be able to get him through high school,” says Doering. “Now he’s first in his class and wants to be an attorney.” If district administrators are unwilling to face the district’s shortcomings when it comes to special education, she says, the children will be the ones who suffer.

Do I have to choose between my wife and my butt plugs?