Shane Ochsner, of Everything in Slow Motion, talks new music and the state of the industry 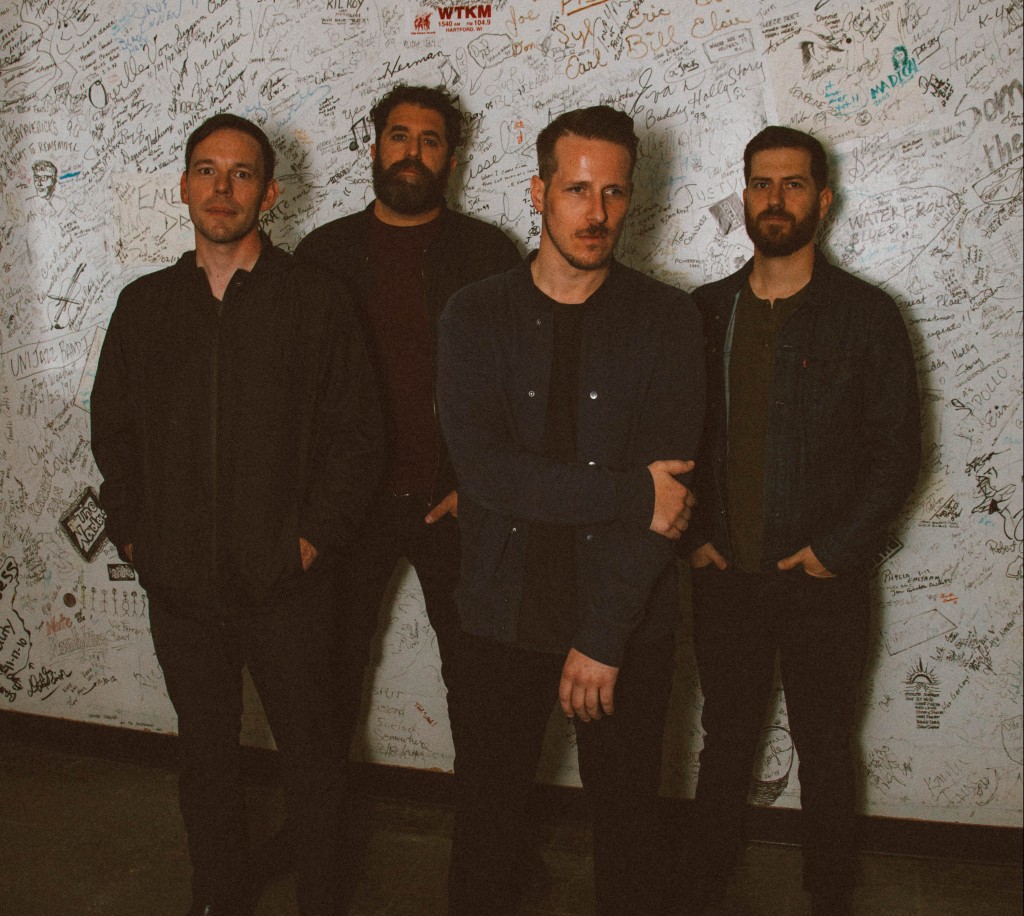 Conceived by Hands frontman Shane Ochsner in Fargo, N.D. in 2012, Everything In Slow Motion released the two-song project Red on Facedown Records, followed by a studio album, Phoenix, just a year later—which garnered the four-piece some major attention from fans of the genre. The latest effort, Influence, is another nice balance of post-hardcore and alternative rock, with hints of experimental and atmospheric stylings. Having just released their new record on Oct. 16 on Facedown Records, we spoke with Ochsner about the album and the hardships of the music industry in 2020.

The Pitch: What made you get involved with music in the first place? And why this genre?

I grew up in a musical family. My dad played in bands while I was growing up so I was always surrounded by guitars, drums, amps, etc… Each piece of gear smelt like cigarette smoke from the bars they had been played in the night before. Through the years I’ve always loved any kind of music that gives me big rock guitars and drums. But—it also has to feel honest and true. Music that makes me feel something. Some of my biggest influences being: Poison The Well, Jimmy Eat World, Hum, Cult Of Luna, and Mew.

What went into a more atmospheric approach to many of the songs on Influence?

It’s a natural progression, really. I think what sets Influence apart from the previous albums is the songwriting is more focused than it’s ever been. Letting the songs breathe with dynamics, and being very intentional with our choices of sounds and placement. Another key factor here is Nate Washburn (our producer), who did such a killer job engineering and mixing this album.

What are your guys’ future plans to combat the pandemic? Normally, you would be touring the new record, right?

So much of our focus was on finishing this album through the first half of 2020. Now that we’ve made it to the release date, we’re looking at performing it live! It’s definitely been tough trying to navigate this pandemic as an artist, but we’re fortunate we don’t have to rely on live music to support ourselves. So many of our friends in the music community are struggling right now, and there doesn’t seem to be an end in sight. I really feel for them. We’ve got a few things in the works that should be fun, and I’m hoping we can use these opportunities to help support our friends and local music community.

What’s the backstory for “Satellite”?

I like to leave these songs open for interpretation, so I don’t want to give too much away. I think it’s important that the listener paints their open picture. I will say that “Satellite” is written from a place of frustration. Re-evaluating your surroundings and taking action.

All four of your albums have been on Facedown Records. What is it about them that keeps you coming back?

We have a long history with Facedown Records that dates back to my former band, Hands. Our drummer, Aaron Crawford, was also signed to the label with his former band Flee The Seen. Facedown has always been so good to us. We’ve been good friends with the staff and several of the bands for many years, so it feels like home to us. They have always been so supportive and have allowed us to do things our own way.

How would you describe your sound and what you’re trying to do with the band?

We’re a rock band. We sound like big rock guitars, hard-hitting drums, heavy-hearted vocals, with an atmospheric pulse that runs through everything. Similar to my answer earlier in this interview, the goal is to be honest and to make the listener feel something.

I once played a venue in Minnesota, somewhere close to Minneapolis (I think it was called The Armory), and the PA straight up caught on fire during our set. I have a ton of venue stories but this one always stands out to me. To be in the middle of a song and see a tower of speakers go up in smoke and flames was pretty wild.

When you’re not playing music, what are you up to?

I work for SMG (a KC company in the Crossroads). When I’m not working, I’m hanging out with my family and friends. There’s always music happening though. It never really stops.

What would you tell your younger self?

Save your money. Don’t be afraid to fail. Make The Cure’s Disintegration album a high priority.

What do you think KC needs more of?

I really love KC so it’s hard to answer this question. Especially since I haven’t lived here long, it all feels new and exciting to me. I’m sure there are more important things, but I would love to see more rock bands! Ha. The music community here is fantastic, by the way. We’re grateful to be a small part of it.

What would you say people are the most unaware of when it comes to artists’ struggles during this time?

Streaming services like Spotify have essentially taken over the music industry, paying out pennies for streams and making it extremely difficult for artists to see a profit. Being on the road/playing live shows is one of the only opportunities for artists to actually make some money. With this pandemic those opportunities are now on hold. It’s not just the artists that feel this. Venues, road crews, music producers, photographers, etc… the list goes on and on. Everyone feels this. Look for ways to support your local music community. Purchasing an artist’s album or merchandise is a great start!

Are you always working on new music, even right after an album release?

There are songs that didn’t make the cut for Influence, there are folders upon folders of unfinished demos. Seems like there’s a new song idea every week. We’re always working on something!