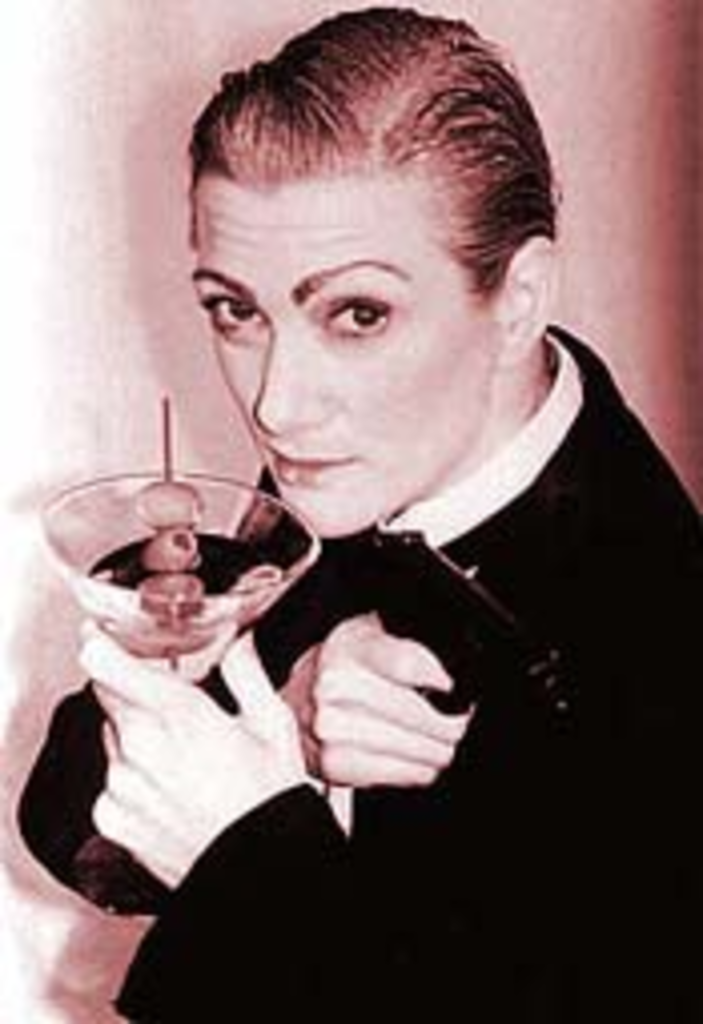 Blessed with the ambidexterity to at once foil an enemy and seduce an ally, all the while holding a cigarette and a martini, Ian Fleming’s James Bond is a man’s man. Never in a jam he can’t escape, Bond is the unflappable epitome of cool.

Fleming died in 1964, but Hollywood has made sure that his dapper alter ego lives on. If the Bond of current cinema is a little more enlightened than he was when Sean Connery wore the tux — Bond is, after all, now supervised by a woman, the no-nonsense M, played by the no-nonsense Dame Judi Dench — he is still a bit stuck in the tar pits of archetype. Witness his latest confidante, a curvy nuclear physicist named Christmas, in The World Is Not Enough.

But as studies show and the Bond films affirm, people don’t look for heroes in househusbands or men’s support groups. Bond is a promise keeper only if he comes out the winner with the most toys.

Late Night Theatre has pulled from the James Bond scrapbook no fewer than eight villains and five Bond girls to stage its latest salute to pop culture. Shoctopussy was co-written by Ron Megee and Missy Koonce, who also directs and stars as Bond. The play is more similar to the troupe’s other all-female show, Bonanza, than it is to productions of The Birds, The Stepford Wives, or Valley of the Dolls — in ways that can’t be ascribed to gender alone.

The latter three stayed more or less faithful to the film scripts and had their arcs built in. Bonanza and Shoctopussy were created from scratch, with Megee and Koonce manufacturing a story around their chosen characters. In Shoctopussy, they had a basic formula — agent dies, then Bond avenges the death, slays various dragons, and saves the world — but had to map out the course between those landmarks.

Early in a run of a Late Night Theatre production, things are a bit rough around the edges, thus the suggestion to see it twice. It’s like the instructions on shampoo bottles: “Rinse and repeat.” Once is enough; two times is a luxury. On opening night, one sensed that ample rehearsal time had not been in the cards. Portions of the choreography were wobbly and out of sync, and the cast tended to improvise around bungled light cues and misplaced lines. Yet if Late Night Theatre can’t get over the rough spots, nobody can.

Shoctopussy, like the Bond films, opens with Bond in silhouette, with the audience inside a camera. The black and white image becomes engorged with red, and the opening musical number commences. “For Your Thighs Only” hints at the raunchiness that follows; the show is chock-full of nuts jokes and traffics heavily in below-the-belt wordplay. There are enough incantations of the word “pussy” to populate a petting zoo. Why use innuendo when you can be as nasty as this community’s standards will tolerate?

The women in the show, except for Koonce, are double-, triple-, and quadruple-cast. When not dressed in villains’ togs, they are suggestively tucked into sequined mini-dresses or rib-crushing tops to enliven Bond’s serial monogamy. Costume designer Georgianna Londre works wonders with the Late Night budget, availing the cast with everything from rubber suits to harem-girl veils, as does Jon “Piggy” Cupit, who made the slides and video segments that, in one scene, allow Stasha Case to play a scene with herself.

Unlike Hilary Swank’s devastating portrayal of a young man in Boys Don’t Cry, Koonce’s performance doesn’t cause suspicion as to her chromosomal makeup. All she needs to do is wear the pants and effect the swagger. A rose, in this case, is a rose bush. And that, of course, is the point. Late Night Theatre is not a place where belief is suspended for all to admire. The troupe’s gender follies aren’t in the least bit didactic or analytic. They simply are, and if the shows aren’t always riotous, at least they’re always entertaining.

at the Unicorn Theatre