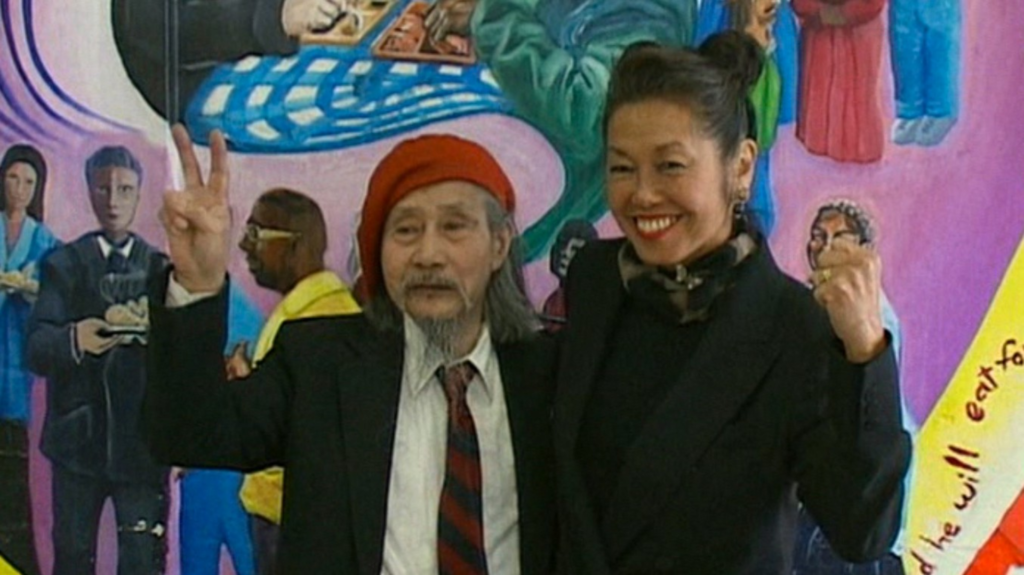 During World War II, Roger Shimomura’s family, along with thousands of other Japanese-­Americans, was forced into internment camps by the U.S. government.
A renowned painter and KU professor,
Shimomura revisits the experience with
Shadows of Minidoka at the Lawrence Arts Center (940 New Hampshire). The show examines the camps’ toll on the Japanese-American psyche through Shimomura’s blend of ukiyo-e and pop-art styles. Accompanying the exhibit is Shimomura’s extensive collection of wartime artifacts. Works by artist Jimmy Mirikitani also are on view; Mirikitani is the subject of the documentary The Cats of
Mirikitani, which won the Audience Award at the 2006 Tribeca Film Festival. The Arts Center screens the film at 7 p.m., followed by a discussion with director Linda Hattendorf and Shimomura. Both exhibits and the film are free. For more information, see lawrenceartscenter
.com or call 785-843-2787.— Scott Sheu