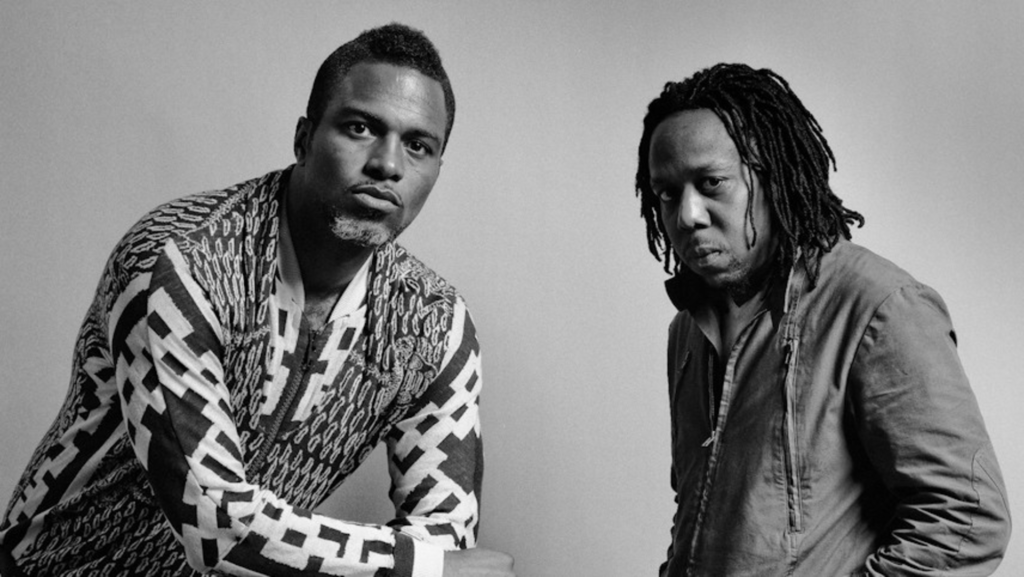 Ishmael Butler – the frontman for Seattle’s Shabazz Palaces, where he goes by Palaceer Lazaro – made his entrance into the Riot Room last night amidst the frenzied grooves of local reggae-soul masters Hearts of Darkness. Decked out in oversized sunglasses and a loud, patterned vest as he was, it was bit of a surprise that Butler headed directly to the green room, almost as if to avoid attention.

When it came time for Shabazz Palaces to take the stage, this reserved behavior was sustained. Posh though they were in appearance, Shabazz Palaces’ set consciously balanced a high art-style of hip-hop with an air of humility and blue collar work ethic.

You’d be hard-pressed to find an area radio station that plays the music of Shabazz Palaces in regular rotation, and yet the turnout last night should have been satisfactory. However, at the front of the crowd, pressed up against Riot’s monitors and omnidirectional subwoofer, you’re not really thinking about the size of the audience. Instead, your attention is drawn to Shabazz Palaces’ live performance, in which they seamlessly deliver track after track built in real time from looped samples, vocal effects and live percussion.

Currently touring in support of July’s Lese Majesty, Shabazz Palaces played their show without a setlist, with hardly a second of downtime between tracks. Empty space between songs, particularly for a group such as this, can be devastating to crowd response. But the beats, inky and sinewy, kept the audience moving, and – somewhat surprisingly – Shabazz Palaces often displayed an on-stage choreography that reflected an inner playfulness.

The stage setup was modest, but not without its charms. Butler had a fine spread of samplers and digital equipment, while his partner Tendai “Baba” Maraire, had a collection of bongos and standing drums. Each member had a pair of dried gourd shakers within reach, and Maraire sported a couple of amplified mbira. This particular addition was more than just an eclectic aesthetic decision: Maraire is the son of the famous Zimbabwean mbira master Dumisani Maraire. His percussive style is unlike anything else you’ll hear on both mainstream and underground rap, and that is, perhaps, one of the sharpest secret weapons in Shabazz Palaces’ armory.

Where many contemporary rap performances may simply run a backing track through the house sound, Shabazz Palaces instead recreated their songs in real time. This allowed for a broader range of improvisation than one may expect. Tracks like “An Echo from the Hosts that Profess Infinitum,” originally a three-minute song, was beefed up to twice its length with makeshift passages of Maraire’s mbira and Butler’s sampler wizardry.

This might sound painfully similar to the aimless noodling that might occur at, say, a Phish concert, but the extended song augmentations were not created to take the listener on some sonic journey. Rather, these additions magnified the overall dance vibe in the room. Shabazz Palaces’ beats had already motivated the entire audience to mobilize its bodies and groove, but their live additions allowed the dance party to last that much longer.