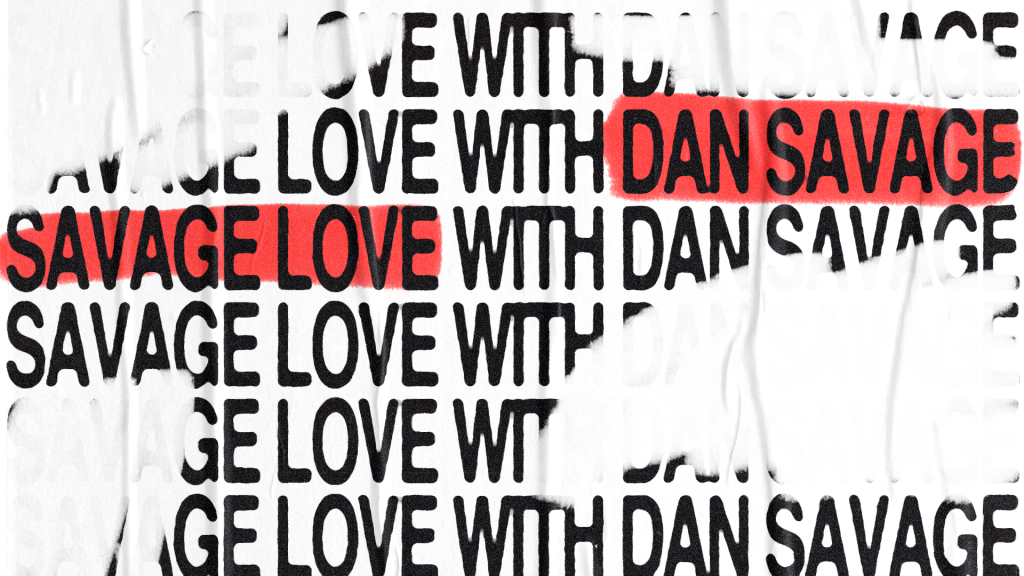 Dear Dan: My boyfriend and I were friends for a couple of years (we’re both 30-year-old gay men), then I stopped traveling around the world and pursued him. We’ve been boyfriends for a year and a half now. We were both happy and we had sex on a regular basis during the first year. I’m more into anal (as a top) but we mainly did oral because he isn’t into anal. We tried a few times early on but every time I mention it now he doesn’t seem keen, so I’ve left it alone. Six months ago he started having trouble “getting it up” even for oral. After it happened a couple of times he basically said, “I’m sorry it’s because I think people aren’t attracted to me.” After that happened I started to lose my interest in sex between us, and now we rarely have it. Even if he did offer to try anal, I don’t even think that would motivate me to have sex with him. Apart from that we get on great, but I feel as though I’m starting to see him more as a friend. I’ve been thinking about breaking up for the last three months, but I would feel terrible for a few reasons: his previous boyfriend broke up with him without giving him a reason, which he struggled to come to terms with, and he’s very self-conscious about his weight. So I can’t tell him the reason I want to break up—I don’t find him attractive anymore—because that might erode his mental health. (He is seeing a therapist.) If sex was great between us I would be happy to remain boyfriends since everything else is working out, and I’m fairly certain he’s happy with our relationship as it is, which makes it even harder to end it. Advice?

Promising Relationship Is Sexless Or Nearly So

Dear PRISONS: A sexless relationship may be fine for your boyfriend—it may be what he wants—but it’s not fine for you, PRISONS, and it’s not what you want. And a guy who’s too insecure about his own attractiveness to get it up for a guy who’s attracted to him is unlikely to be secure enough for an open relationship, which means staying with him and getting sex elsewhere isn’t a workable option. So unless you’re prepared to spend the next fifty years of your life in a sexless relationship to avoid hurting your boyfriend’s feelings, PRISONS, you’re going to have to end it. But instead of saying, “It’s over because I’m not attracted to you anymore,” say, “It’s over because we clearly aren’t attracted to each other.” He might claim he’s still attracted to you, PRISONS, and that might even be true, but if he’s too insecure to have sex with you—if his insecurities are such huge stumbling blocks—then he’s not in good enough working order to be in a sexually exclusive relationship. You should, of course, be as considerate as possible about his insecurities when you end things, PRISONS, but you don’t have an obligation to stay with him forever because of them. He has an obligation to work on them with his therapist before entering into a new relationship.

Dear Dan: A friend just shared on Facebook that she has been accosted by some dude—a stranger to her—over the phone. Sexually explicit stuff. She hung up and blocked him but he kept leaving her messages and sending her texts somehow. She just learned how to permanently block his number, which she has done. I have this dude’s phone number and it traces to Phoenix, Arizona. My question: Is there some service somewhere where I could share his phone number and an army of allies would call him? Or tele-market to him? Or otherwise accost him until it becomes so inconvenient that he has to get a new number? I don’t want him to be sexually harassed. I am not the kind of person who would invite sexual harassment on anyone. I just want him harassed to the point where he can no longer use the number he currently has to sexually harass anyone else. I get scam calls all the time about winning another free vacation at a Marriott Hotel. (I don’t know why I’m still paying rent with all the vacations I’m supposed to have won.) Is there a way I can sign him up for endless calls for free vacations? Can you or your readers think of some other suitably annoying/debilitating fate for his number? I’d love to write to my friend in support and solidarity and inform her of the annoyances about to rain down on this dude’s number!

Dear SHUTUPP: I’m sorry your friend was harassed by some asshole with a phone, SHUTUPP, but the counterstrike you’re considering could backfire on your friend. I mean, let’s say you got this asshole to change his number—let’s say your campaign of targeted non-sexual harassment was a success—then what happens? Well, then the asshole gets a new number. He’ll still be an asshole with a phone, most likely the same phone, just with a different phone number. And since his new number won’t be the one your friend blocked, SHUTUPP, and since he’ll still have your friend’s phone number, he’ll be able to resume harassing your friend and any other woman who’d blocked his old number. As unsatisfying as it might seem, your friend’s best course of action here is the one she already took—blocking the fuck out of this asshole—and your best course of action would be to express sympathy and solidarity without doing anything that might make things worse.

Dear Dan: My marriage of ten years recently fell apart. My ex, who is a piece of shit, told me she would have to leave or I would have to leave. I moved out but continued to pay her bills and rent for a year on top of my own expenses. We both agreed not to see other people until we either reconciled or divorced. On more than one occasion she convinced me that we might be close to reconciling. She basically led me on. Unfortunately, she was shacking up with a “Dom” who was old enough to be her father and this was going on long before we separated. When I confronted her, she told me she did it because you said sometimes cheating can save a relationship. She tried to get me to agree to having poly relationship with them but the trust was gone. I know she was just saying things to cover her ass, and I moved on. Now I am looking for your advice on what steps to take, please.

Your Fan The Quiet Mouse

Dear YFTQM: I’ve said cheating is sometimes “the least worst option” for all involved. But to say something isn’t always the worst option isn’t exactly a ringing endorsement. And I’ve said it’s foolish to define cheating as unforgivable considering how common cheating is. But to say something is forgivable is not to say it isn’t wrong. Quite the opposite, in fact, as non-wrongs do not require forgiveness. And, yes, I’ve said that cheating can sometimes save a relationship. For example, a person in an otherwise loving, low-conflict relationship that has become sexless might, after exhausting all other options (difficult conversations, couples counseling, etc.), cheat in order to “stay married and stay sane.” It’s not ideal, of course, but it may make it possible for the cheater to remain in a relationship that neither the cheater nor the cheatee wants to end. That’s not what your wife did. She lied, she cheated, and only floated the idea of an ethically non-monogamous relationship after she got caught being non-ethically non-monogamous. While this has been known to work—there are couples out there that were able to create functional and healthy open relationships in the wake of messy and painful affairs—it’s not the kind of cheating that typically saves relationships. This kind of cheating, the kind your wife engaged in, more often than not destroys relationships.

Sorry—I’m issuing clarifications, not answering your question. You asked about next steps. I don’t have to tell you to give yourself permission to be angry, as you sound pretty in touch with your anger, so I’ll just tell you to feel the shit out of your feelings. Ask your friends to let you freely vent for the next few months. After three months they’re allowed to gently change the subject when you start in on your ex; after six months they’re allowed to insist you talk about something else; after a year they’re allowed to block your calls if you can’t get through a conversation without rehashing your divorce for the millionth time. You should also eat a lot of ice cream while getting enough exercise to neutralize its effects, YFTQM, and remind yourself every day that an ex who treated you like shit is no excuse for treating your next like shit.

On the Lovecast, Elle Chase on dating for large ladies:  savagelovecast.com