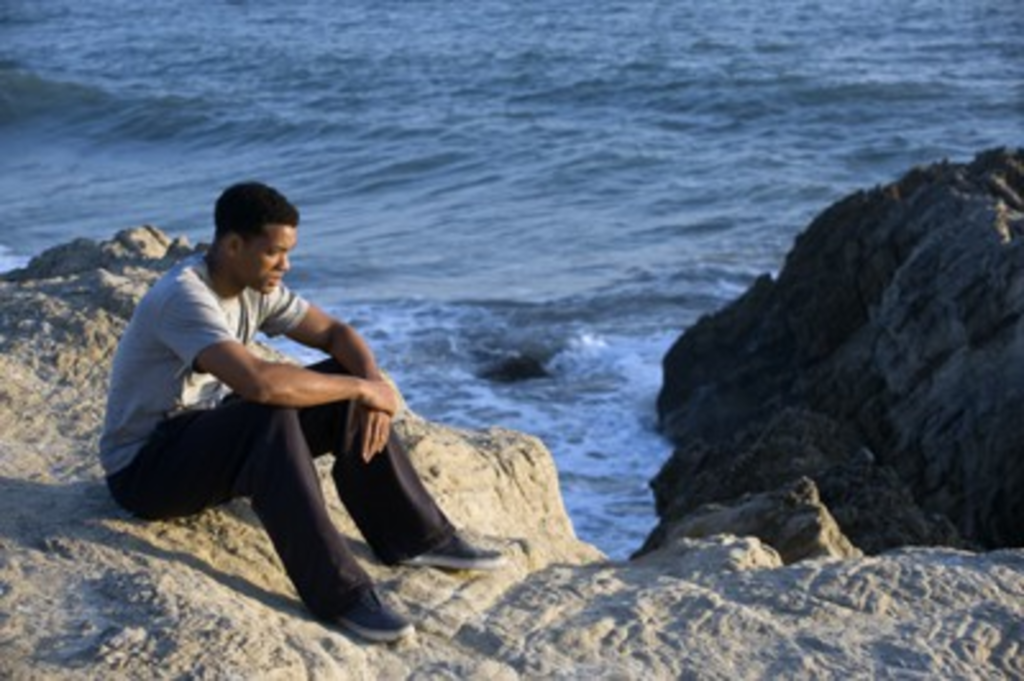 Two years ago, nearly to the day, Will Smith and Italian director Gabriele Muccino released The Pursuit of Happyness, one of the most underrated of recent Hollywood movies, which starred Smith as a single father navigating a hand-to-mouth existence on the streets of San Francisco. Writing at the time, I praised the film for Smith’s superb performance and for its willingness to honestly address the social and economic realities of America’s underclass. Watching Smith and Muccino’s latest collaboration, Seven Pounds, I marveled that something so right could go so wrong.

One key member of the Pursuit creative team who didn’t return for the encore is Steve Conrad, the gifted screenwriter whose refreshingly unsentimental script for the earlier film helped keep things rooted in a street-level grit, even in light of plot developments that were straight out of a fairy tale. For Seven Pounds, Smith and Muccino are instead working from the first produced screenplay by Grant Nieporte, a TV-sitcom writer whose most significant contribution to popular culture thus far (depending on how you rate his episodes of Sabrina the Teenage Witch and 8 Simple Rules … for Dating My Teenage Daughter) was as an idea man for the ubiquitous “Tool Time” segments on that early-’90s ratings juggernaut, Home Improvement.

The gift for concocting 22-minute solutions to complex problems is in full evidence in Seven Pounds, a morbid morality play that rivals The Reader for the bottom spot in this season’s celluloid martyrdom derby. The movie begins with Smith framed in coldly lit close-up, phoning 911 from a fleabag Los Angeles motel room to report his own imminent suicide; for most of the next two hours, Seven Pounds maintains that anguished, overwrought tenor. Sure, there are requisite flashbacks to cheerier times for Smith’s character, Ben Thomas, an IRS tax collector with what at first glance seems an incongruously palatial oceanside home (unless Ben has been picking Uncle Sam’s pocket). But even then, a thick funereal mist clouds the air. We know, from quite early on, that Ben is a haunted man, that he once had a beautiful wife and a more glamorous job, but his picture-perfect life came to an abrupt end in one of those tragic incidents that characters in Oscar-baiting, nonlinear movies wear on their chests like scarlet letters. Seven Pounds could have been called The Pursuit of Misery.

What exactly happened to Ben is less significant than what he plans to do about it. So we are subjected to one scene after another of him making house calls on delinquent taxpayers and other unfortunate souls — a blind telemarketer (an uncomfortable-looking Woody Harrelson), a hospital administrator in need of a bone-marrow transplant, a battered housewife in need of an escape from her thuggish husband. These scenes aren’t so much encounters as auditions in which Ben, like some creepy Dickensian Christmas spirit, sizes up each candidate and determines whether he or she is a “good” person and deserving of Ben’s charity. Just what he has to give is the “secret” upon which Seven Pounds pivots — a secret that, if we knew it from the start, would make the movie seem even more preposterous than it already does.

Dispiritingly obvious and phony from top to bottom, Seven Pounds is the sort of movie in which romance rears its head in the form of an angelic young woman with a literal broken heart (Rosario Dawson, doing her best in a thankless role), and the poisonous jelly­fish that our hero keeps as a pet is milked for maximum Chekhovian portent. It’s also the first time in many films that Smith is less than captivating.

Over the past decade, the former rapper and TV star has matured into one of the most appealing leading men of his generation, graced with a rare ability to invest an elemental human fragility into his portrayals of everymen and supermen alike. Smith would seem a logical choice to star in a movie about the actual ways in which actual people deal with actual grief and loss, and, to some extent, that’s exactly what he did last year in I Am Legend. There, for all the CGI accoutrements, the main attraction was Smith himself, giving a bracing, fully dimensional portrayal of a rational man brought low by despair and impotent rage. In Seven Pounds, cast as another widower gripped by life-changing emotions, he’s altogether less convincing, in part because the movie is doggedly intent on making the character into a Christ figure, and Smith is so much more compelling as a flawed mortal. Ben Thomas suffers all right, but the audience suffers more. 