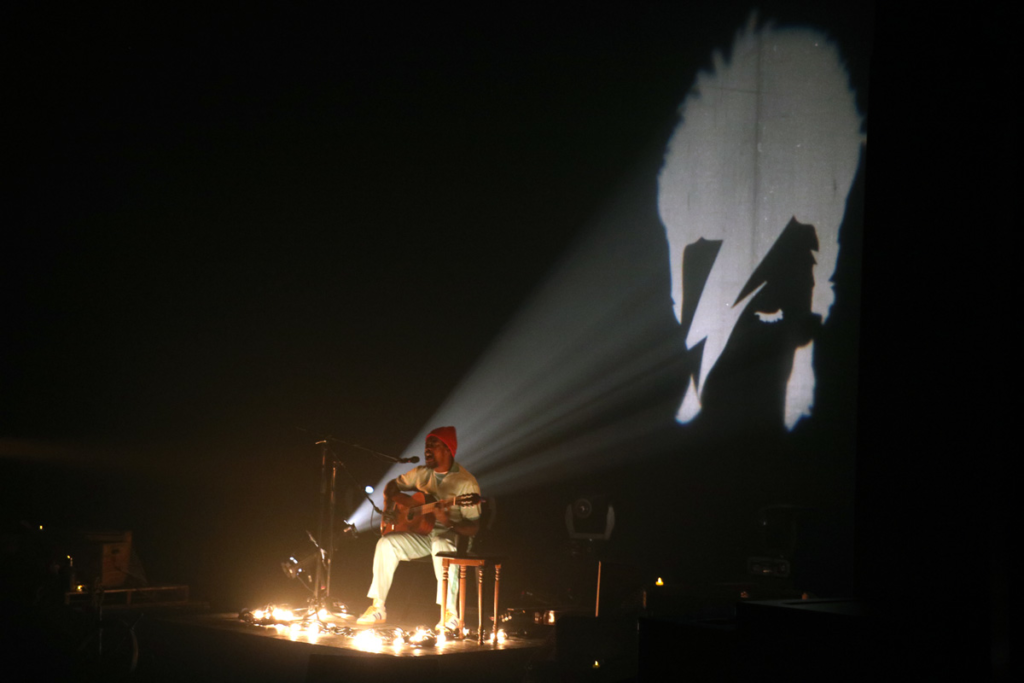 In the nearly 13 years since Wes Anderson’s The Life Aquatic With Steve Zissou was released, its Seu Jorge songs have taken on a life of their own. Jorge’s David Bowie covers in that film stood out then — not least because they were in Portuguese — but have only gained haunting power over the years.

Liberty Hall sold out last night’s Jorge show months ago, and it seems like every sort of Lawrencian made a point to go. Waiting to enter, a group of women asked a guy sitting out front to take their picture with the marquee. He recognized they were speaking Portuguese, and it turned out he’d lived in Sao Paulo for a time. That was Liberty Hall last night: the usual intimate size, this time containing a whole diverse world. Also: lots of Zissou-ian red stocking caps. 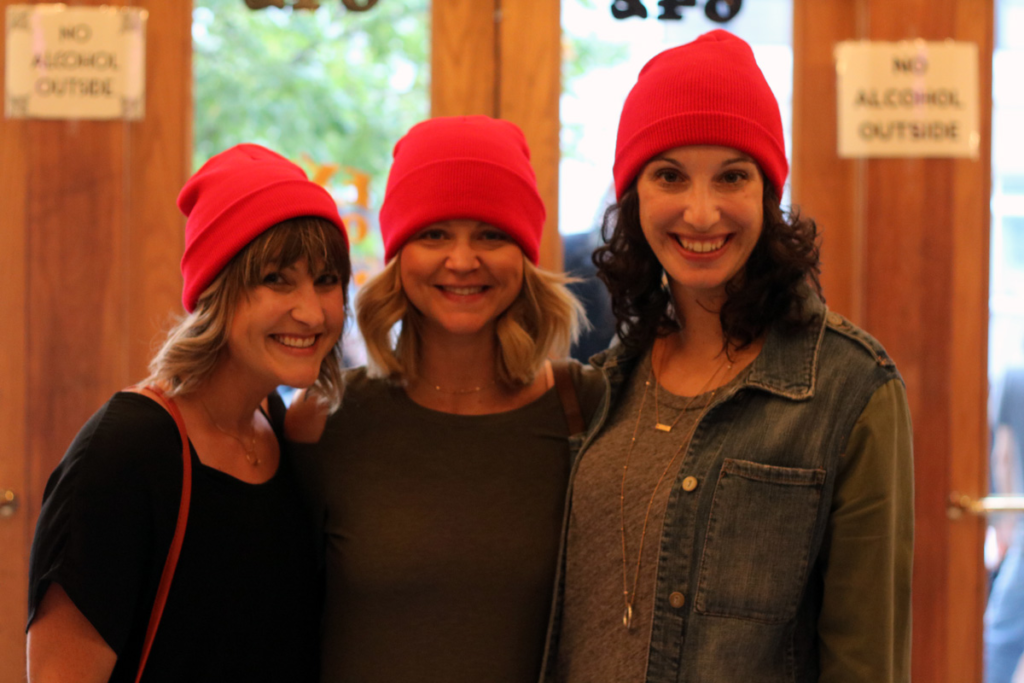 The show kicked off late, but thanks to a bar special on rum cannonballs — as formerly served at the Hotel Citroen — nobody seemed to mind terribly. When Jorge took the stage, after an introduction from an unpaid intern, the crowd was absolutely rapt. The musician, with nothing more than a six-string guitar and his voice, rendered Bowie’s songs with grace and aplomb, giving thrilling dimension to each. 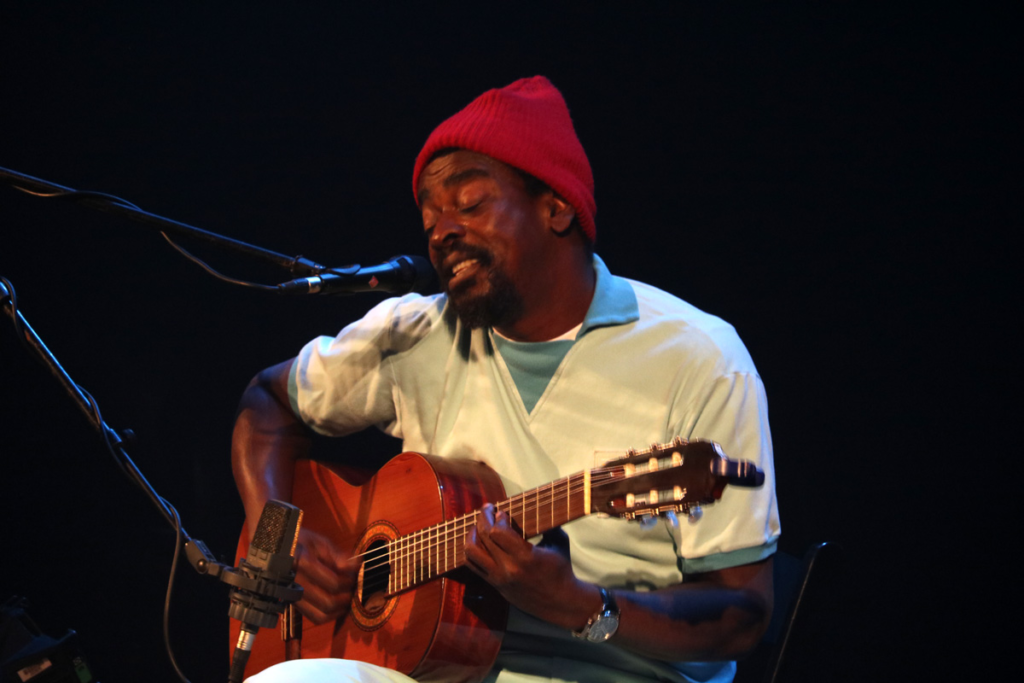 And humor, too: Jorge’s stories between songs were charming and wonderful, including the fact that, when contacted to do the music for Life Aquatic, he’d known just two Bowie songs — “This Is Not America” and “Let’s Dance.” He was “a black guy from the favela,” as he put it. He spoke of his difficulties with language — he knew no English at the time, and just a little French — and how he managed to communicate with Anjelica Houston. The actress, Jorge said, “was the shit.” 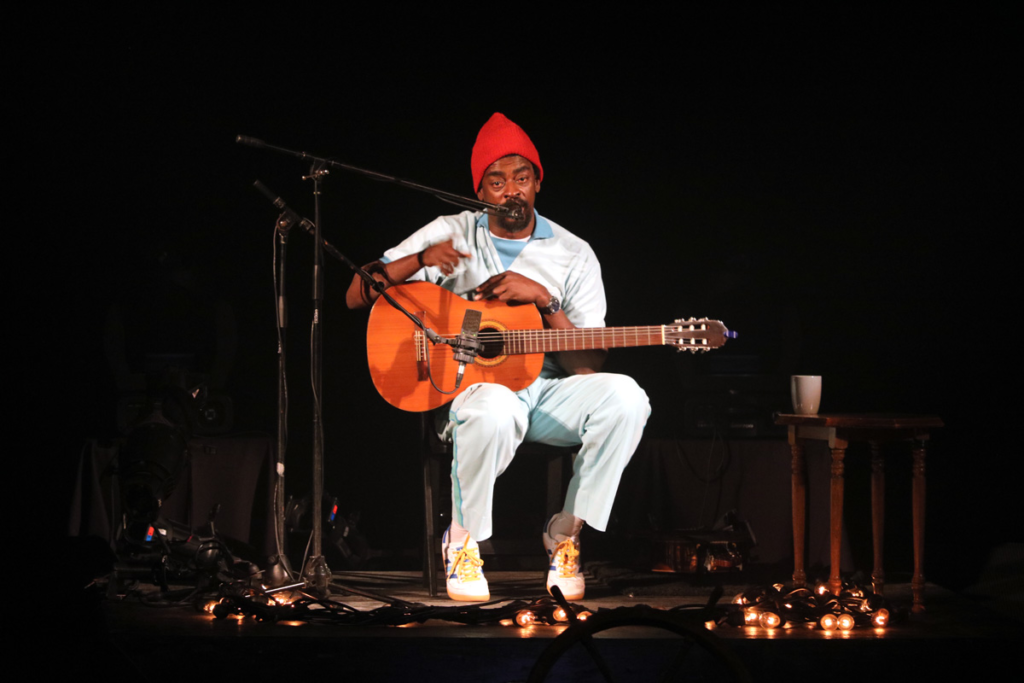 But the songs were the real stars of the show, each delivered with quiet power, Jorge’s eyes rolling back in near-ecstasy at some points. The response came in kind: From the bossa nova take on “Rebel Rebel” to a “Life On Mars?” dedicated to Jorge’s father along with Bowie, who died within three days of each other, an awed Liberty Hall was silent as a tomb. 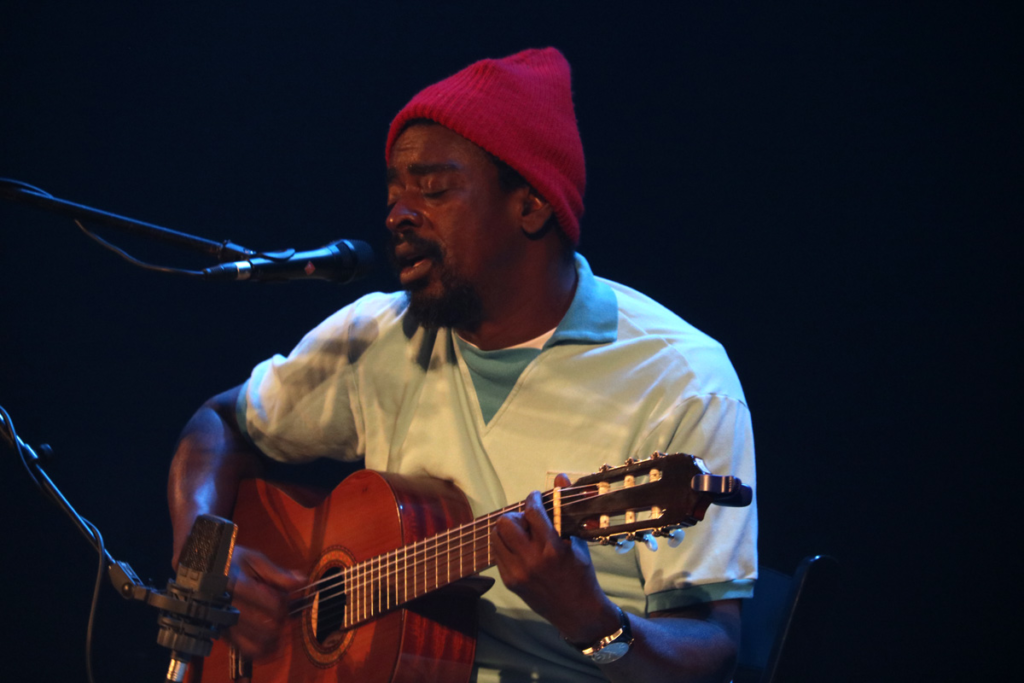 The encore, with film footage projected behind Jorge, almost gilded the lily. It was lovely but distracting. But then he closed with a rousing “Queen Bitch,” and all was forgiven in the stomping and clapping. He finished, raised his fist, thanked Kansas, and then danced offstage as “Let’s Dance” blasted. It was a perfect end to a perfect evening.