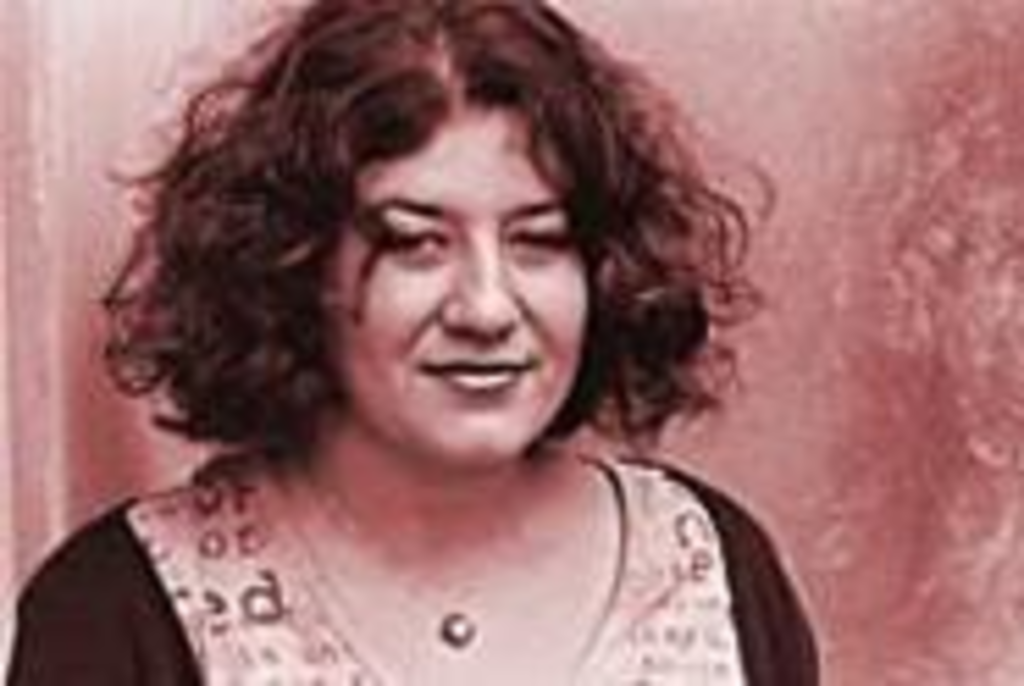 She would spend eight daytime hours designing seasonal greeting cards at Hallmark. After that, she would rush off to wait tables at Genghis Khan Mongolian Grill, a popular west side restaurant on Bell Street where customers can mix the meat, vegetables, sauces, and spices of their choice and watch chefs cook the combination on a 700-degree grill.

An industrious worker, Krieff designed menus, drew up seating charts, and wrote out personal thank-you cards for the restaurant’s owner, Ling Chang. She did not expect or receive any extra pay for those duties. When Chang became pregnant, Krieff threw her a baby shower.

One night, Krieff asked Ong whether she could get an extra shift the following week, and according to Krieff, Ong said, “Stay late tonight and work for that money.” At first, she says, she thought he was joking, but he repeated the comment twice more that evening. Krieff was disgusted.

A few weeks later, Krieff bent over to clean up a spill on the floor, and according to Krieff, Ong remarked to four nearby customers, “Do you know how long I’ve wanted her to go down like that?”

Krieff didn’t go to Chang to report the alleged incidents, and Ong left the restaurant a few months later. But that wasn’t the last Krieff saw of Ong.

One night, Ong went to Genghis Khan for dinner. When Krieff bent over to put some silverware on the table, she says, Ong said, “I can see your underwear.” According to Krieff, he later called her apartment and Krieff’s roommate answered the phone. Ong asked to talk to Krieff and said, “Nice ass,” Krieff says.

Ong denies calling Krieff’s apartment but remembers the incident at the restaurant. “She was wearing a very short skirt and she bent over. She showed her panties when she bent over,” Ong says. “I just commented, ‘Nice behind,’ and on and on. When I quit working there, I would treat her like a friend.”

Angry, Krieff commented to a manager that Ong was “an asshole.” Chang heard about the fracas and confronted Krieff.

“She wanted me to tell her what (Ong) said, but I knew better than that,” Krieff says. Chang then asked another server, Sarah Beets, what Chang’s husband had said to Krieff. Beets told Chang, so Krieff decided to talk with Chang and get the problem out in the open.

“I was crying to her,” Krieff says. “I went to her at the time because I thought I could confide in her. I just wanted her to hear my side of the story. The first thing she said to me was, ‘Did you do anything to make him think he could say those things?'”

Krieff had been through sexual harassment awareness training at Hallmark, but the management at Genghis Khan may not have been quite as enlightened. When male co-workers would touch female workers or make sexual comments to them, Krieff says, Ong and Chang told the women, “Just ignore it.” But she wasn’t prepared for Chang’s hostile reaction to the news of Ong’s behavior.

After that, Krieff felt that Chang couldn’t stand the sight of her. Even new servers would comment, “Oh, she really doesn’t like you,” Krieff says. And Krieff heard rumors that Chang wanted to fire her — which the owner normally would do just by dropping an employee’s name from the weekly schedule — but was afraid of legal repercussions.

Chang’s treatment upset Krieff. “It was killing me because I didn’t do anything wrong,” Krieff says, but she wanted to stay at the restaurant because she was making “great money.” At the time, Hallmark was restructuring, but that hardly fazed Krieff.

“I was consumed by Genghis Khan. It became the obsession of my life. I’d cry all the time,” Krieff says.

Krieff sought counseling — not just in response to the atmosphere at the restaurant, but those particular problems consumed a lot of time and energy in her counseling sessions. Krieff felt wronged. Her therapist suggested she file a complaint with the federal Equal Employment Opportunity Commission.

“I felt that our bosses thought of us as slaves who were stupid and useless,” server Roberta Power wrote. “Hong Ong … gave nearly every female server a prefix to her name — ‘stupid.’ For instance, I was Stupid Roberta. There was also Stupid Sarah, Stupid Jeanette, and so on. Oftentimes, we were talked to like this in front of customers and other employees, which was very humiliating…. Never did you hear males or Asians belittled like this.”

Ong says the “stupid” comments were not meant to be taken seriously. “I thought it was just a friendly remark,” he says. “I didn’t mean anything. I didn’t really mean ‘stupid’ or ‘retarded.’ I valued each and every employee.”

Physical abuse was involved too, Power writes, with Ong smacking workers on the backs of their heads if he was unhappy with them or shoving them. Ong says the servers are exaggerating and that he would “gently” hit employees on the head if he caught them “nibbling” in the kitchen.

Former server Jeanette DeNisco, who responded to Ong’s hitting her on the head by hitting him right back, says treatment of female employees was the reason she left the restaurant after three years, even though she was “addicted” to the money she made from excellent tips. “They treated the females a lot differently. It was like we were lower than the men,” DeNisco says.

“Scott yelled at and belittled female employees in front of customers and other employees to exert his manhood and prove himself as a power of authority. Power wrote to the EEOC. Scott Chang, however, is not mentioned in Krieff’s EEOC complaint.

DeNisco experienced the same kind of treatment and says, “Scott Chang verbally abused female employees. He seemed to purposely belittle females in front of males to, as he put it, ‘teach us a lesson.'”

Krieff says that Scott Chang also, on two separate occasions, harshly berated and threatened to fire female servers who were attempting to slip tip money to the barbecue cooks, who do not receive the tips customers place in a jar near the grill. Servers say the hosts count that money and place it in the drawer at the end of the evening and that on Friday or Saturday nights the jar sometimes contains $200 or more.

Scott Chang, when contacted for this story, commented that the servers making the complaints were “just disgruntled employees.”

Krieff says she filed her complaint with the EEOC for sexual harassment and retaliation for reporting the behavior to the owner, and the agency contacted her at the end of April to tell her they had assigned an investigator to the case.

The EEOC regional director for the Kansas City area, George Dixon, says he cannot talk about specific complaints that have been filed but says the agency tries to resolve cases within 180 days. “Each case, hopefully, gets its due consideration, and the time varies from case to case,” Dixon says.

If an investigator can gather enough evidence about the case, Dixon says, a staff attorney is assigned to the case to litigate on behalf of the EEOC and the complainant. The attorney generally seeks compensatory damages, punitive damages, and equitable relief, which includes back pay and anything else to “make up for” the incident or incidents. Alternately, the EEOC could provide the complainant with a “right to sue” letter.

Krieff says she was surprised by talk of lawsuits because she complained to the EEOC not to seek monetary damages but to right an injustice and make sure future employees do not have similar experiences. “(But) I think I’ll do anything I can to follow through on it,” Krieff says. “You just don’t treat people like that.”

The former servers say they are dismayed that many regular customers of the restaurant know or suspect that the employees are treated badly. But they keep patronizing the place anyway. “The food’s so great and the atmosphere’s so great, (customers) just keep going back,” Krieff says.

Hong Ong returned to managing Genghis Khan in April 1999, a week after Krieff quit, but he left again at the end of April of this year. Owner Ling Chang canceled a scheduled interview with PitchWeekly on the matter and instead faxed a short letter.

“The complaints raised in (the servers’) letters are false and misleading,” Chang wrote. “My philosophy and practice is to respect all employees and to provide the best quality food, service, and atmosphere in a clean and caring environment. We are a success because we practice this philosophy and because we constantly nurture and improve our relations with our employees and customers.”

The EEOC investigation is ongoing, and a determination concerning Krieff’s complaint has yet to be made.