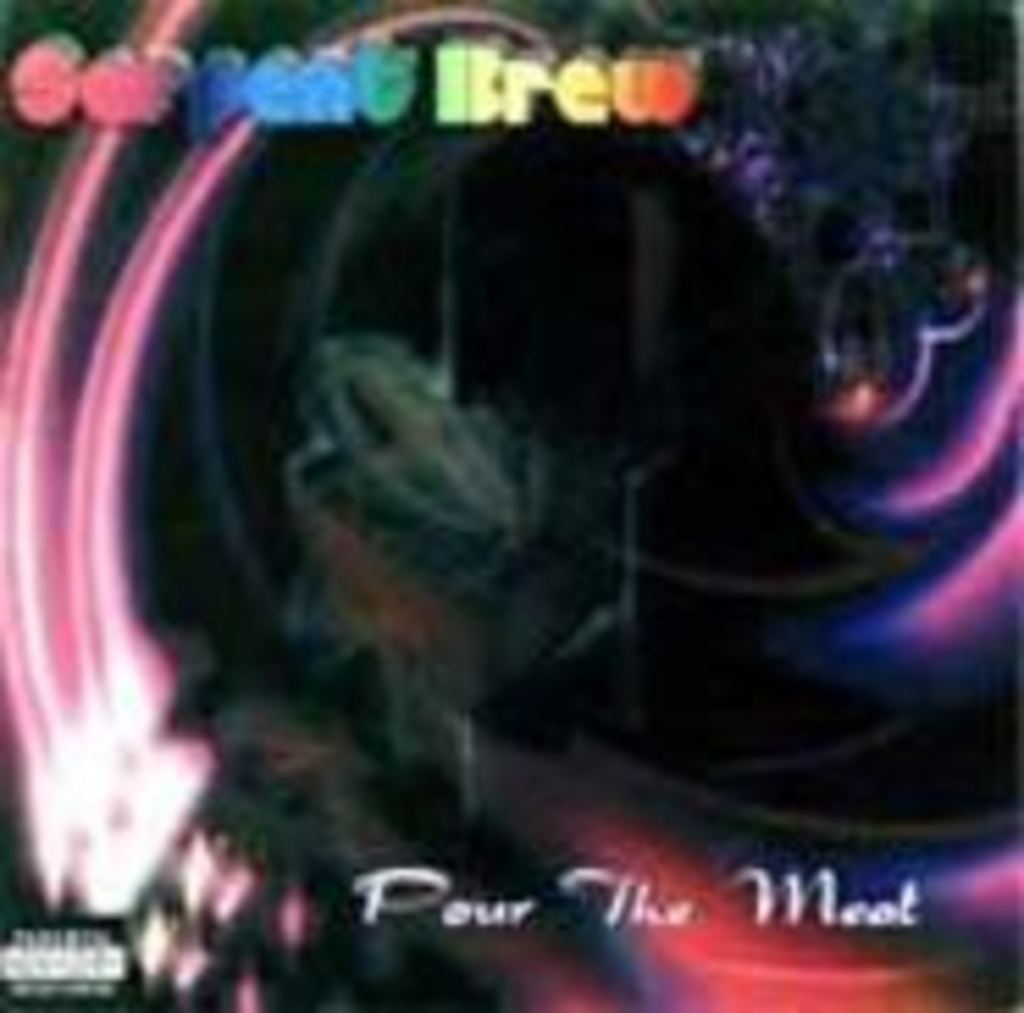 The fact that Serpent Brew’s MP3 Web site (mp3.com/serpentbrew) averages 1,200 hits a month with no advertising is testimony both to the power of the Internet and the inquisitive nature of those who search it. Featuring songs that rely heavily on My First Primus basslines and Electric Boogaloo-era breakbeats, Pour the Meat, which contains the tunes from the Web site and several bonus tracks, displays the musical vision of cover-band veteran Bill Boyer. With songs such as “Eat That Pussy,” “I’m a Ho,” and “Best Luck (You Ever Had),” a song that has less to do with luck than with its naughty partner in rhyme, Serpent Brew resembles a low-tech Lords of Acid. However, by letting 3-year-old Trent Boyer take over vocals on “Cuckoo Bird,” Serpent Brew proves itself capable of “aww”-inspiring heartstring-tuggers as well. Oddities include a pseudo-rap cover of an AC/DC tune and a perky keyboard-powered version of the Steve Miller Band’s “The Joker.” It’s a strange mix, but for those who think these selections sound intriguing, the Web site offers a no-risk opportunity to review the Brew.