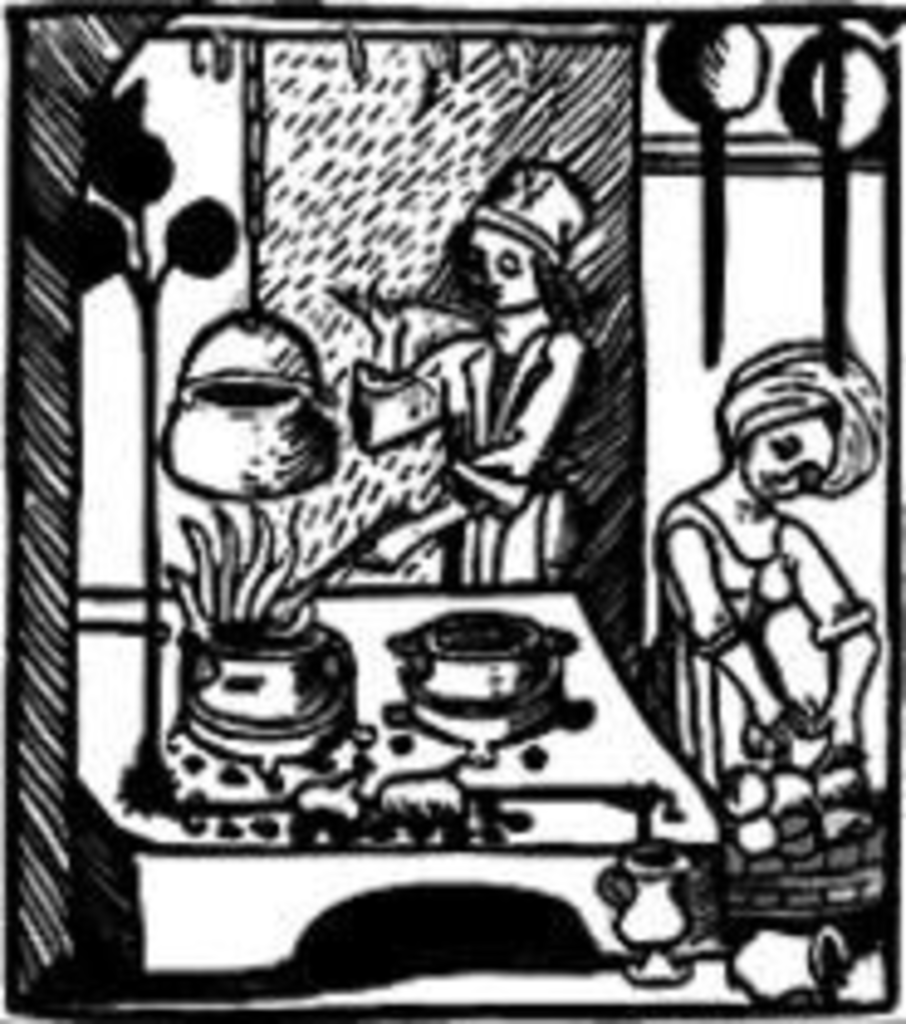 For us, medieval Europe evokes cloistered nuns, torture chambers and rats crawling with disease-infested fleas. But for some, the period between the fall of Rome and the Renaissance means good eatin’ — even with dirty dishes.

“They had the world’s worst cleanliness,” admits medieval cooking guru Bob Winner, who goes by the name Lord William Crume when he’s participating in the Society for Creative Anachronism. “That’s how the plague came about.”

Fortunately, in his popular cooking class, Winner emulates the more tasteful side of the Middle Ages. And, he assures us, “We have hand sanitizers.”

Although lax cleaning methods have fallen out of favor, many of the other practices employed by medieval culinary wizards are being explored again today. Garnishing dishes with edible flowers, for example, is actually a medieval flourish. And the resurgence of the fresh herb garden? Those new-agey organic gardeners aren’t doing anything new at all.

Today’s chefs are discovering that, in addition to harboring old-food knowledge, medieval recipes include some old standbys. During what he calls a “two-hour class it took a thousand years to produce,” Winner teaches his students how to make soup and salad. Making the salad is really an exercise in refining the palate: Students separate the foliage that comes in those mixed-green salad bags at the supermarket, and Winner teaches them to taste the distinctions of each kind of leaf before whipping up the split-pea-and-bacon soup.

What might surprise modern cooks most is that the recipes offer no real measurements. “In medieval recipes, you’ve got a smidge of this and a smidge of that,” Winner says.

Sadly, though, anachronistic sorts who want to get drunk on mead during class are out of luck. Because Winner conducts his class at an official city community center, that’s not allowed. But for all the thirsty knaves and wenches out there, Winner recommends Chaucer’s Mead, which he says can be purchased at Gomer’s.