Remember Y2K? Kelly and David Kuhn do. The couple used the turn of the century and its millennial anxiety as their cue to open Blue Gallery (118 Southwest Boulevard), which, over the past 15 years, has become a staple destination for local art. For this month’s First Friday (6–9 p.m. September 4), the featured exhibition at Blue zeroes in on KOLLABS, the partnership of Luis Garcia-Nerey and Anke Schofield. The pair’s Royal Garden is a series of paintings of animals and people involved in open-ended narratives, sometimes in domestic environments. Meaning antlered, feathered or furry creatures perching on luggage or settled under chandeliers. It’s almost like what doomsayers envisioned back in 1999.

A new neighbor to Blue, Weinberger Fine Art (114 Southwest Boulevard), presents a different two-person show: Ebb & Flow, by Ruth Borum-Loveland and Debbie Barrett-Jones. Both women use a meditative process to make sense of the chaos of life through their art. Barrett-Jones is a master of woven textiles, whereas Borum-Loveland works in pen, photocopies, paint and wood-burnings, making microscopically detailed forms through a calculated series of manipulations.

Another interesting pairing is on view at the Late Show (1600 Cherry), where the figurative paintings of Adolfo Martinez meet the nonrepresentational color-block paintings of Laura Nugent. Martinez is well-known for his “sofa” paintings, originally a joking response to the classic TV ads trumpeting convention-center pileups of “starving artists.” Today, those works show just one way in which he puts Mexican and other cultural signifiers in front of viewers. Nugent, meanwhile, has stopped inserting birds and other forms into her many-layered and long-built works, leaving pattern and color to deep appreciation and inspection. 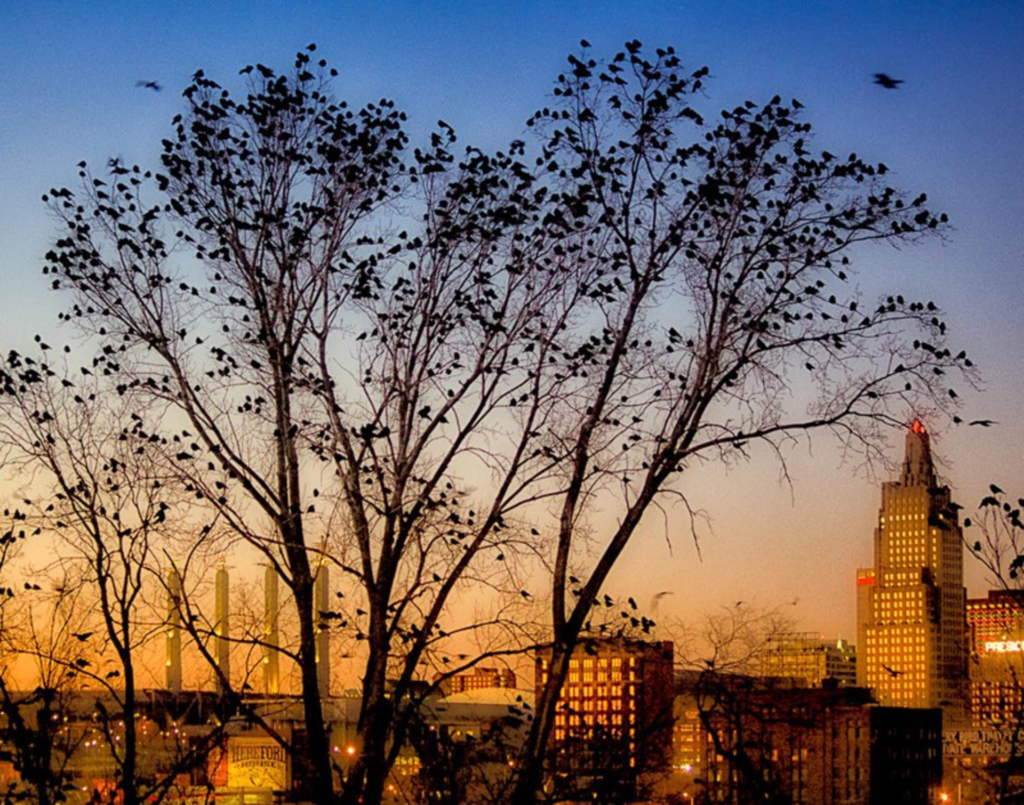 There’s a more direct interpretation of nature in two unrelated photography shows. Gallery 504 (504 East 18th Street) is showing Gary Alanko, who visits from the Northwest to mingle for First Friday, amid music by Daniel Hamilton (5–9:30 p.m.). Alanko’s skill lies in capturing a sense of place, such as the Columbia River Gorge, and teasing the light to convey much more than a merely beautiful, postcard-ready shot. And at Boveri Realty (1819 Wyandotte, second floor), Swiss-born Dominik Zaugg presents a selection of bright, professional photographs showing what he calls “the changing nature of our world.” These include scenes from our city as well as from the West Coast, where he traveled last year. Zaugg has called Kansas City home for the past decade, though he has been to 40 countries. He speaks seven languages — not counting his nonverbal gift for visually interpreting what most of us take for granted.

The Leedy-Voulkos Art Center (2012 Baltimore) continues Onward: Kansas City Art Institute Foundation 50th Anniversary Exhibition, featuring works by as many foundation class teachers as could be mustered. Among the 60 or so: Brett Reif, who also has a stellar, short-term show on view at the University of Kansas’ Art & Design Gallery. 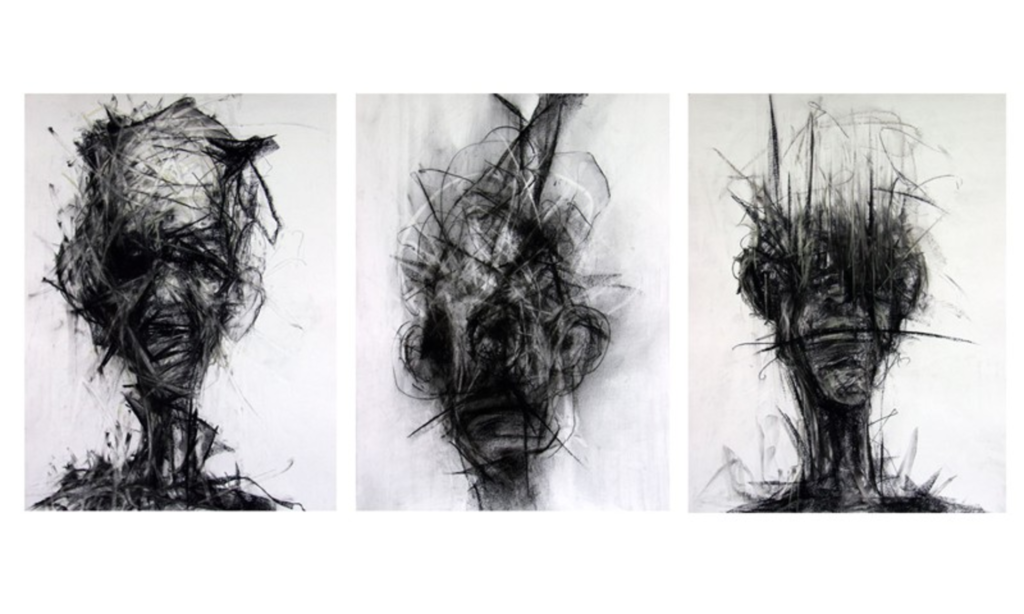 New to Leedy-Voulkos this month is Taylor White, a U.S. Marine Corps veteran from Quantico, Virginia, who can be filed under “emerging artist” but whose intense life experiences have already yielded very moving and technically accomplished works.

Front/Space (217 West 18th Street) is offering something completely different: time travel. No joke — and no prior experience necessary. Arrive between 7 and 10 p.m. and learn how to do it from Zanzibar Dior, who studied with the late Sandy Weymouth and now travels the country teaching small groups. What do you have to lose? 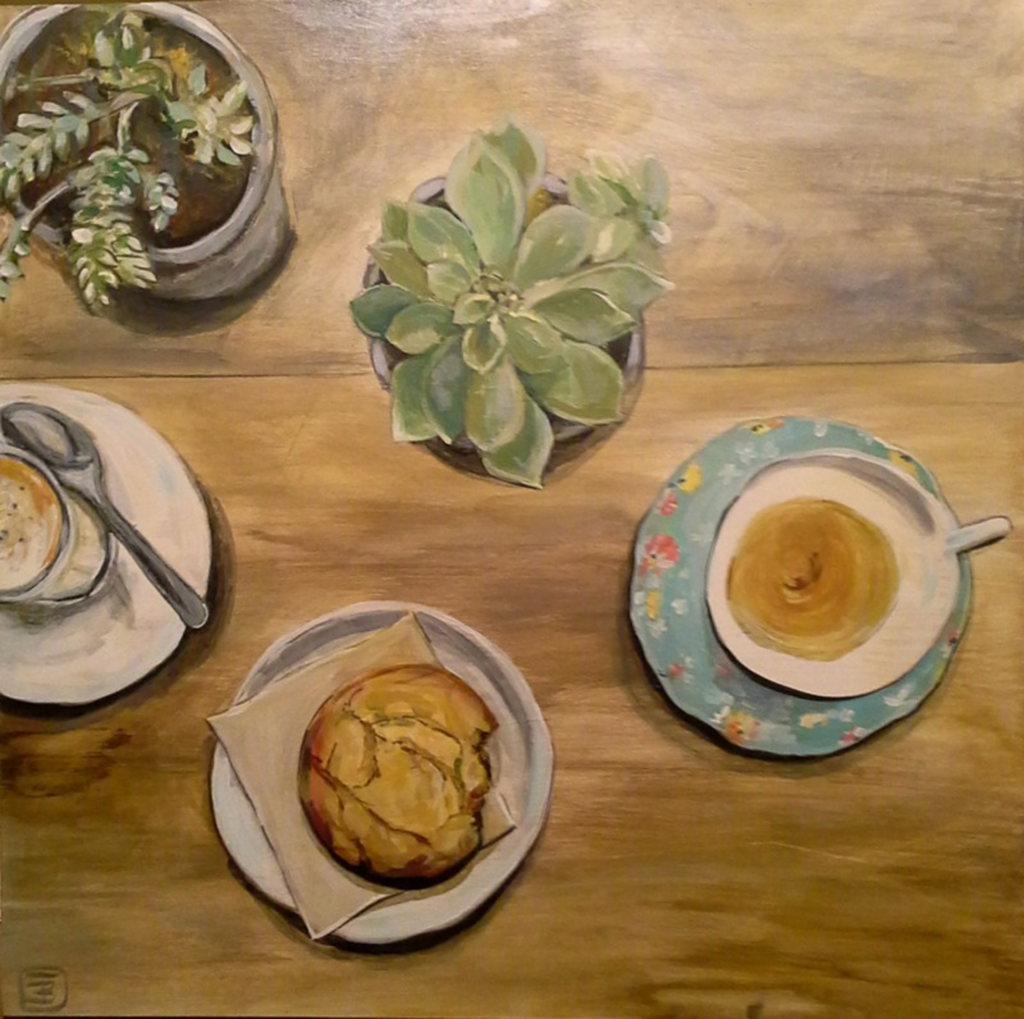 September’s other notable shows include, at Beggars Table (2010 Baltimore), Image of Now in Fresh Paint by Trudi Burns, who makes screen-size shots of familiar objects such as coffee cups and cupcakes on a table. At Vulpes Bastille (1737 Locust), there’s a collaborative exhibition from Tobias Fike and Matthew Weedman. Titled The Space Between, it unites their shared love of outer space and investigates the unknown through photography, sound, video and sculpture. (From their respective homes of Colorado and Indiana, the between is Kansas City.) Todd Weiner Gallery (115 West 18th Street) hosts a reception for Olga Hotujac, a Russian impressionist showing Home and Away. 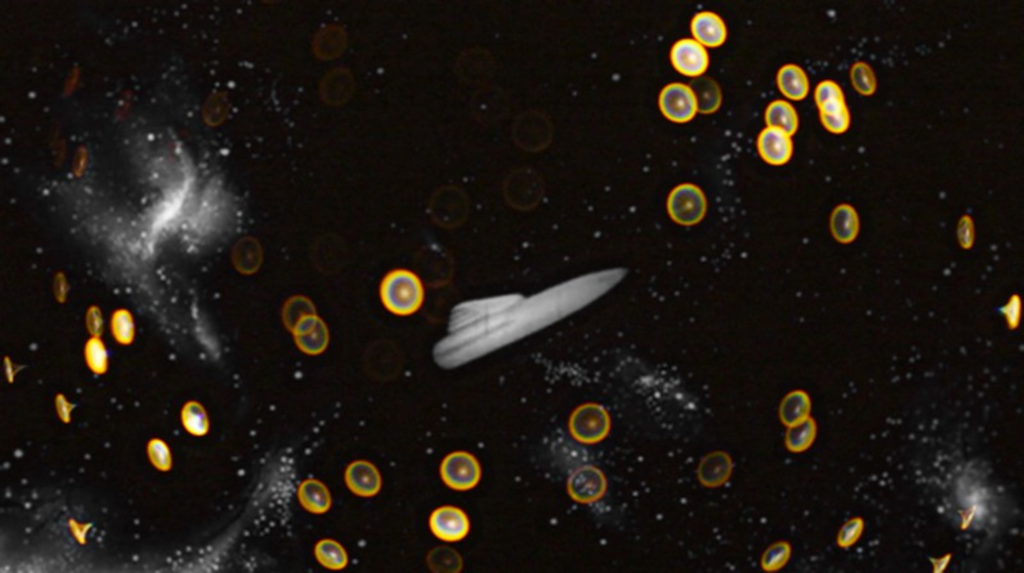 Missouri Bank Crossroads (125 Southwest Boulevard) hosts Other Worlds, collaborations in pigment between Lori Raye Erickson and Christel Highland. And a husband-and-wife team have a show together in two venues: Visceral by Alisa Ross and D. Ross (known as “Scribe”) focuses on the concept of beauty and repulsion and what’s underneath the surface, with half at Fraction Gallery (130 West 18th Street) and the other half at Windhorse Gallery (1717 Wyandotte).