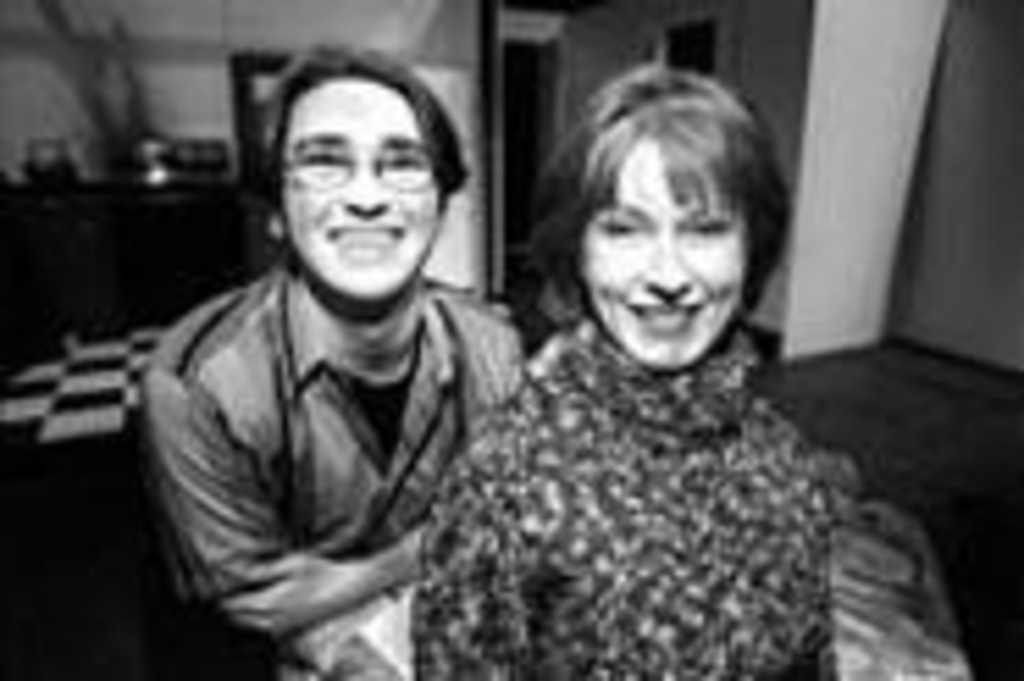 Steven Eubank is a seventeen-year-old college senior. Even as a precocious child of four, he would watch movie musicals such as Oklahoma and The Sound of Music with a critical eye.

“I’d want to recast them,” he says. “I think directing has always been a calling. My parents thought it was a phase that would go away. But when they saw it wasn’t, they started supporting me.”

Eubank is a year away from graduating from Southwest Missouri State University and is directing two projects simultaneously. He is commuting between Springfield and Kansas City to see that Hedwig and the Angry Inch goes up properly at Springfield’s Vandivort Theatre on January 11, a mere week after Trembles opens at Just Off Broadway on January 4.

His first directorial effort was the musical Ruthless, unironically centered on a bratty child star. He was fourteen and directing actors who were old enough to drive him to the pediatrician. “But it was pretty comfortable,” he recalls, saying that some cast members were “challenging actresses who weren’t always easy to work with.” Eubank adds, “But what they taught me was invaluable — namely, that theater isn’t just about fun. You’ve got to do your research and have a rehearsal schedule set up so you’re not wasting anyone’s time.”

While performing and doing technical backstage work at the Kansas City Middle School for the Arts, Eubank was taking basic classes at a community college because, he says, “There was a workshop experience to a lot of the theater classes, but the academics were lacking.” He started at SMSU last year as a junior.

Eubank was drawn to Trembles, which won Gorilla Theater’s Inaugural Dramatist Award last year, through a family connection to its author, Vicki Vodrey. “She has a knack for writing poignant pieces with equal parts comedy and tragedy, creating theater that I hope will be uncomfortable to watch,” he says. “And though it involves cancer, the theme is really about family and a forgive-and-forget philosophy.”

Vodrey has worked with Eubank before, when both were moonlighting as actors. They agree that the play is not about cancer so much as about how “cancer drives these characters with more urgency. It’s a reason to push them to confront one another,” she says.

Even so, it is a good enough fit for Kansas City Hospice, which receives the proceeds from the play’s benefit performances. “The content is quite conducive to our mission and the kind of care we provide,” says Brent Caswell, the organization’s director of development.

Vodrey dismisses any suggestion that Eubank’s age could interfere with her ideas about the play’s serious tone. “Steven’s very bright,” she says. “He has a good visionary sense — as far as blocking, for example — that I don’t feel I have.”

After graduation, Eubank plans to dive back into acting for awhile, which he says can’t hurt his eventual return to directing. “Acting is not as big a passion as directing,” he says, “but it’s been useful. When I’ve been an actor before, it’s been as a way to shadow the director.”

Playing the numbers: The Unicorn Theatre recently released its slick, photo-filled 2001 annual report, which shows how the theater has grown over the last three years — attendance jumped from 15,803 in the 1998-’99 season to 19,039 for 2000-’01. The report also gives a diagnostic reading of each production’s attendance figures.

Since the 1998 season, the theater’s biggest hit was Having Our Say, the two-woman play about the hundred-plus-year-old Delaney sisters; during its run, the theater was filled nearly to capacity. Having Our Say‘s closest competitor was Art, which filled 91.6 percent of the house in 2000.

A show’s reputation doesn’t always affect its draw. Despite the fact that Warren Light’s Side Man, about his jazz-infused childhood, had won the Tony Award for Best Play a year earlier, the Unicorn’s production played to less than 60 percent of the theater’s capacity. Paula Vogel’s Pulitzer Prize-winning How I Learned to Drive didn’t do much better, pulling in just over 67 percent of capacity.

Unicorn Artistic Director Cynthia Levin says she takes the figures to heart but doesn’t feel ruled by them; in fact, she says the stats always “surprise the hell out of me.”

“People always ask, ‘How do you choose plays? Do you think about what an audience will like?’ Not at all,” she says. “I don’t choose shows based on how well other shows have done. Sixty-seven percent is average for us, and if it does below that, you have to ask, ‘Is it the play, the time of year or the production?’ But I still don’t understand how shows sell and why.”