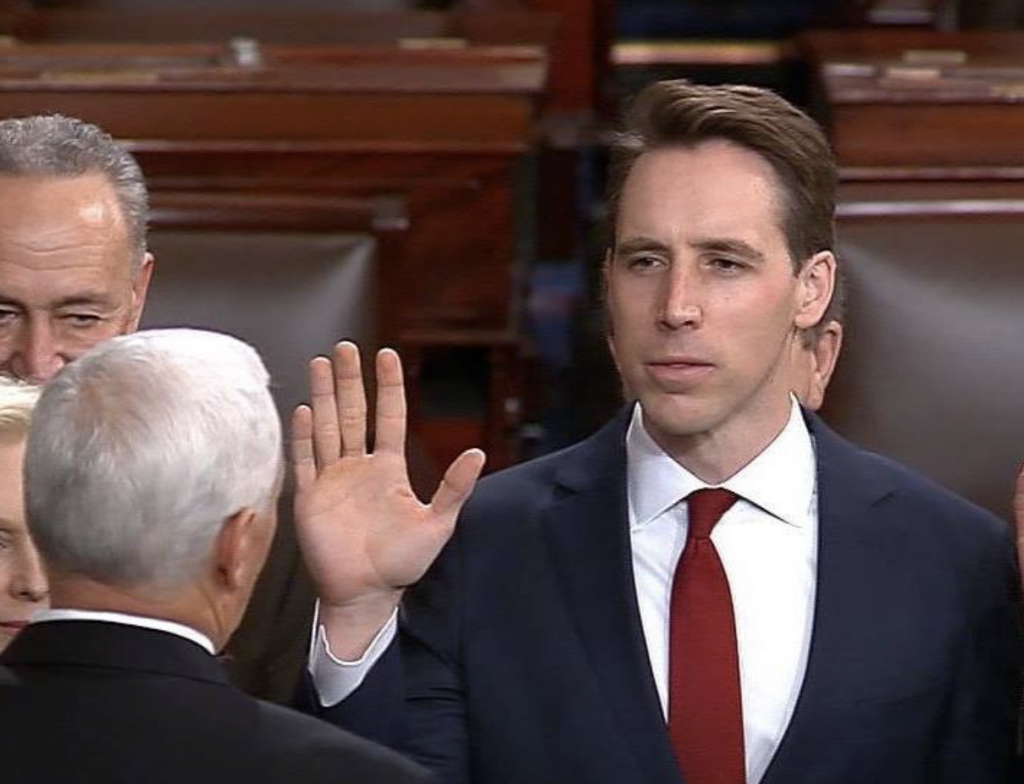 Add spending his own campaign funds on food to the growing list of Sen. Josh Hawley’s ethics violations. // Courtesy of Josh Hawley campaign

After infamously inciting violence at the U.S. Capitol, Sen. Josh Hawley has found yet another way to violate ethics.

Hawley is currently under fire for improperly using his campaign funds toward personal expenses. He reportedly spent $197 in campaign funds on food for his family during a vacation at Universal Studios in Orlando.

Senator Josh Hawley, who played a part in inciting the Jan 6 insurrection, appears to have improperly used campaign funds on personal expenses, which is against the law.https://t.co/ierbwQkwNp

Republican Sen. Josh Hawley votes against Trump impeachment trial resolution negotiated and endorsed by the leaders of both parties. His only yes votes this Congress have been to reject Biden’s election win.

In addition to Citizen for Ethics, an investigative organization targeting self-serving government officials, grassroots Christian organization Faithful America is also now among the growing list of those condemning Hawley.

A petition from the organization asks bookstore chains to not stock his upcoming book, nor that of Christian author Eric Metaxas. The petition so far has gained 15,111 signatures and counting.

A previous campaign from Faithful America asked Regnery Publishing, the publishing company that picked Hawley’s book up almost as soon as it was dropped, to drop both Hawley and Metaxas from its publication roster. It racked up 17,096 signatures.

The Rev. Nathan Empsall of Faithful America issued a statement imploring retailers like Barnes and Noble and Books-A-Million to not give seditionists a platform and asking Christians to hold Hawley and Metaxas accountable for the violence they’ve helped cause.

“This hateful Christian nationalism was an attack on the ballots of Black and Brown voters, and that is neither Christian nor patriotic,” Empsall says. “Faithful America’s members condemn those who would hijack the Gospel to keep political power at all costs.”