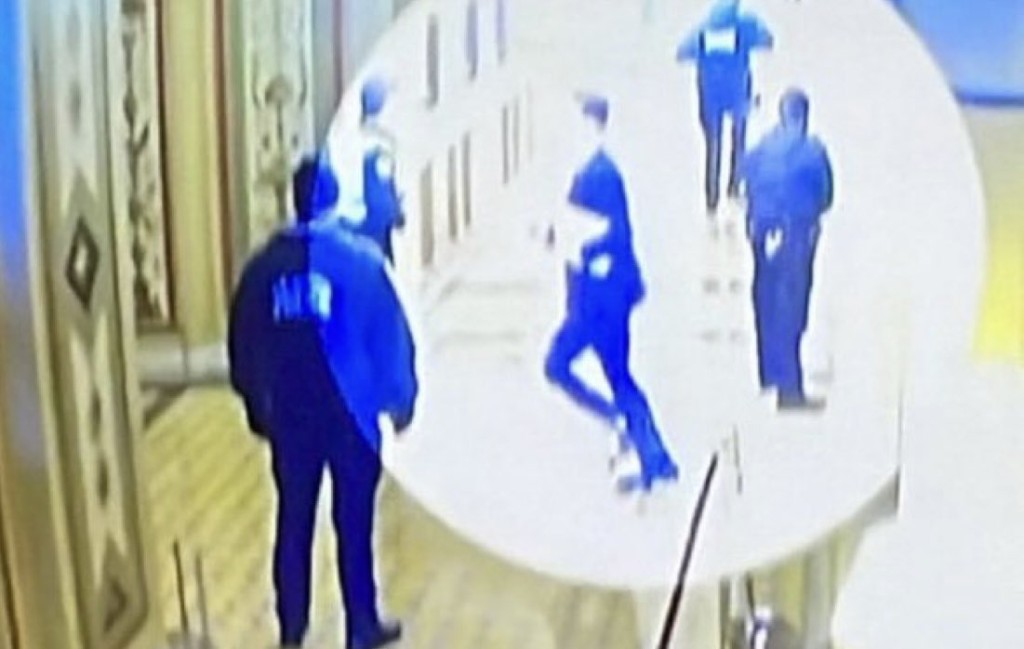 Missouri Republican Senator Josh Hawley–a.k.a. Fistpump McRunpants–is taking a political ass-whooping after the January 6th House Committee spotlighted his apparent fear of his own base.

The video prompted Committee audiences to burst into laughter:

Immediate reaction to the vid: pic.twitter.com/XAv4jc2tjr

After the hearing, Capitol Hill police officer Michael Fanone, who nearly died in the Jan. 6th insurrection, said Hawley “ran like a bitch.”

Nationally, folks were quick to roast the noted stunt queen, who has become a symbol of the insurrection. He was the first Senator to publicly object to the 2020 Presidential election certification. His campaign raises funds from his now-infamous photo taken while the Senator was walking safely behind police barricades, separated from protestors.

Twitter lit up with memes and soundtracks to warm even the most cynical political soul.

There’s the playlist of Hawley soundtracks:

Josh Hawley running away to a variety of soundtracks.

And, naturally, a Kansas take:

One of these two has courage, and it’s not Josh Hawley. pic.twitter.com/ufXKwl1yOD

The Lincoln Project nailed it:

And then come the movie remakes:

“Is there any doubt that if Josh Hawley were a passenger on Titanic, he would have shoved aside women and children to grab one of the first seats on a lifeboat?” tweeted Ron Filipkowski.

Sen. Hawley, a wormtongue-in-training determined to be more Ted Cruz than Ted Cruz, has defined his career with pandering so cynical that even fellow Republicans have called him “a threat to the republic” who will be “haunted” by his choices.

If only it were a joke. At least seven people died as a result of the insurrection, and its conspiracies have fueled violence in government spaces large and small. On Thursday, after the hearing, former officer Fanone was again accosted by MAGA protestors outside the Capitol building.

While it’s easy to laugh at Hawley’s hypocrisy, he’s running to FOX News to say he won’t back down. Perhaps running off some rage at a Hawlin’ Hawley 5k could help.

And, of course, voting.