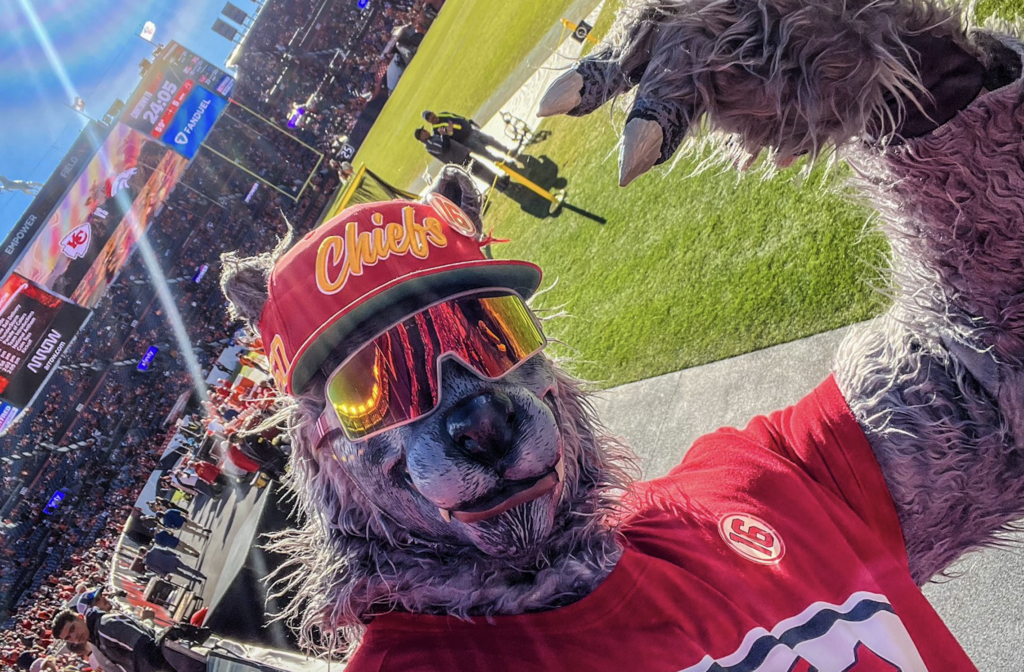 An outspoken and popular Chiefs superfan has been arrested on suspicion of armed robbery, among other charges.

Known as “ChiefsAHolic” on social media, Xavier Babudar’s Twitter bio claims he is “representing the loyal WolfPack.” He has over 36,000 Twitter followers. He also maintains an Instagram page populated with original memes and Chiefs commentary.

He has not been active on social media since Dec. 16. Fans became concerned about his absence and began a wellness check campaign. Turns out there might be a very serious reason for the influencer’s absence.

Tulsa County arrest records show that Babudar was arrested Dec. 16 at a credit union in Bixby, Oklahoma, on charges of armed robbery, possession of a firearm, threatening violent acts, and wearing a mask in commission of a felony.

Fans speculated it was the same mask Babudar would wear in attendance to games, which resembles the Chiefs mascot, KC Wolf, though the Bixby Police Department tweeted Dec. 20 that “The suspect was not wearing a costume style mask.”

The suspect was not wearing a costume style mask.

Evidence suggests Babudar was en route to the Chiefs game in Houston when the robbery occurred. On Dec. 11, Babudar tweeted that he would attend the Dec. 18 game in Houston. Bixby, Oklahoma is a midway point between Kansas City and Houston.

Originally when the schedule came out, I had no plans or intentions in making the trip to Houston.

I’ve never gone an entire season in which I attended EVERY Chiefs game on the schedule.

You only live once, I’ll see y’all in Houston next week🫡! #ChiefsKingdom

Babudar’s arrest has caused a stir among other Chiefs fans online. Curious fans uncovered Babudar’s criminal history, which includes a past arrest on suspicion of theft. Some fans argue that Babudar must have been funding his game tickets through robberies, as covered in this Heavy article by Devon Clements and this Denver Fan article by Jake Shapiro.

Babudar’s bond is set at $200,000. No injuries resulted from the recent robbery.

The Pitch has reached out to all of the associated social media accounts and police departments for comment and will update the story with any responses.

Savannah Bananas vs. KC Monarchs in "banana ball" at Legends