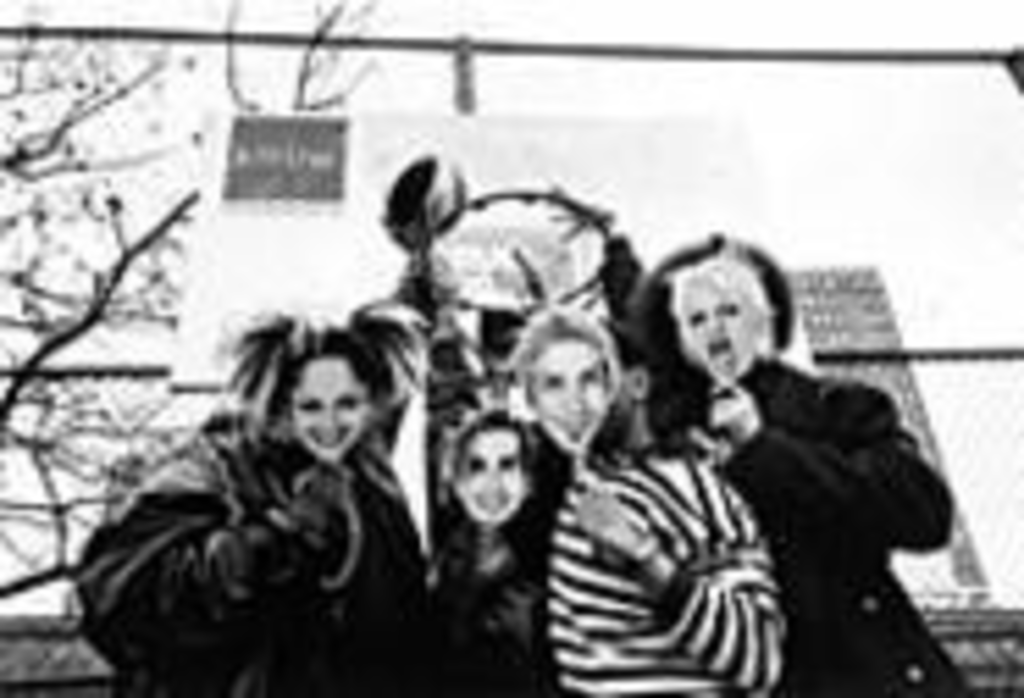 “You guys, man,” Mindless Self Indulgence singer Jimmy Urine says scornfully, chiding an unruly and mostly hostile audience. “You’ve gotta get organized. When I say, ‘We,’ you say, ‘Suck.'” After following through with this call and response several times, Urine tags “dick” on the end of the exchange.

That concert snippet, an accurate portrait of MSI’s rapport with its crowds, opens Frankenstein Girls Will Seem Strangely Sexy, the group’s mysteriously ignored 2000 album. In addition to being an intoxicating mix of swaggering gangsta rap bravado, hyperactive dance beats and quivering upper-octave vocals, Frankenstein Girls pushed all the buttons that regularly send perennially concerned citizens to their protest-mobiles.

“Backmask,” the record’s first song, urges listeners to kill themselves in no uncertain terms. The next number, driven by a devastating break-beat, a sample of Siouxsie & the Banshees’ “Happy House” and the boast Bitches love me … throughout the projects, offends on an impressive number of levels. Later, MSI wraps a pulsing bass throb around the refrain faggot, faggot, faggot; crafts an indelicate Mother’s Day sonnet (I love my mommy ’cause she fucked my dad); and links some activities that aren’t covered at the Truman museum to the revered locally bred president (“Harry Truman”). Yet the moral-watchdog community, which has blown gaskets at much, much less, failed to attach its “Won’t someone please think of the children?” rhetoric (and subsequent free publicity) to Frankenstein Girls, even as the group played to thousands of impressionable young people while touring with Insane Clown Posse and Korn.

Actually, one track on the album did cause a major stir, though the uproar came from air-guitar-addicted classic-rock fans instead of parental-advisory-sticker sticklers. “I Hate Jimmy Page,” an attack on conventional musicianship, outraged countless Ledheads.

“If you want to get away with murder, just say you hate Jimmy Page somewhere on your record,” advises guitarist Steve Righ?. (Righ? also has a bone to pick with contemporary party starter Pink, bitching that she stole his in-name punctuation schtick.) “If I could go back in time, I’d tell [Judas Priest’s Rob] Halford and Ozzy [Osbourne], ‘Say you hate Jimmy Page, and you won’t get in trouble for that backward shit.'”

“There’s, like, a hundred hidden messages on Frankenstein Girls, and everyone went right to the Jimmy Page,” Urine adds. “They’d say, ‘Why are you attacking that old Chinese broad?’ ‘Because he played guitar.’ ‘Oh, that’s horrible; you’re bad people.'”

Mindless Self Indulgence’s disdain for traditional instrumental acumen is real, reflected by its embrace of looped beats, programmed drums and atonal vocals. But much of the venom on Frankenstein Girls is satirical, a fact telegraphed by the group’s use of Lenny Bruce’s quote “It’s the suppression of the word that gives it the power, the violence, the viciousness” on its back cover, as well as a liner-notes disclaimer that reads, in part: “If you don’t have a sense of irony, or you are a piece of shit bigot … return this album immediately.”

“He’s actually gay,” Urine says of Righ?, who has been daydreaming about Kansas City’s “honeys” and says “I’ll get in trouble with the gods of chastity, because there are so many honeys in and out of my urethra.” But Righ? agrees with Urine’s assessment of his sexuality, adding “I’m trying really hard to have a new image.”

“They say gay’s not good,” Urine continues. “It didn’t work for Halford.”

Because of such ambiguity, “Faggot,” MSI’s playful ode to all the best ultra-sex, carries a much different tone than Korn’s confrontational “Faget.” Fans were free to compare and contrast the two at the bands’ shared shows, though Urine doubts that any did so. “Do Korn fans even know what a tonal difference is?” he wonders. “We got called ‘faggot’ a lot on the Korn tour. That’s probably the biggest difference between our ‘Faggot’ and theirs.”

Mindless Self Indulgence received similarly brutal receptions at most of its opening-act shows with Korn and Insane Clown Posse, a phenomenon that Righ? and Urine sarcastically attribute to the efforts of hired help. “They’re all plants,” Righ? reveals. “Everybody loves us, but we just pay people at the door to heckle us.”

MSI’s current tour with System of a Down actually seems like an ideal pairing, a troupe of over-the-top agitators teamed with a politically informed avant-metal act and its presumably open-minded fanbase. (“Until we hit the stage; then we’ll ruin that right away,” Urine responds.) But its stints on the road with Korn and Insane Clown Posse seem like masochistic exercises — that is, until you get the feeling that Mindless Self Indulgence loves toying with these angry yet inarticulate throngs. “They were ravenous and very hateful, and that’s good because it makes it more interesting,” Urine says. “I’ve pissed off more people than anybody I know. We go up there and piss off 10,000 people at once.”

It’s not so much the music that incenses the audiences; MSI’s crushing jungle beats, metal riffs and plentiful profanity are made-to-order for mosh-pit regulars. Instead, it’s the performance-art element of the show, the fact that Mindless Self Indulgence isn’t afraid to admit that, horror of horrors, it isn’t actually playing all of its parts live on stage.

“Yo, it’s punk-rock Milli Vanilli, we put in the cassette and push play,” Urine says. “What does the audience want, Stabbing Westward with twenty keyboardists up there standing still? No. Fuck that. We’re bored, and we have to entertain ourselves. If you’re along for the ride, hold on tight, baby, because I’m going to take you for a carpet ride.”

If enduring an MSI set seemed painful for impatient followers of the headlining bands, anticipating a new Mindless Self Indulgence disc has been even more torturous for the group’s fans. Named by Alternative Press as one of 2002’s most anticipated discs, the group’s Frankenstein follow-up is now in limbo after MSI’s recent parting of ways with Elektra. It’s hard to say what to expect from the fresh material, other than it’s a safe bet that Urine’s following description is a red herring. “You can’t say they’re songs; it’s more like operatic pieces,” he says. “It’s artistic stuff, stuff that people won’t understand, so it won’t sell.” People who catch the group’s current tour won’t get to sample these compositions, however. “They get the crap, all the B-sides and shit, all the Linkin Park-sounding crap,” Urine offers. “But just the rap parts, none of the hooks.”

“I’m liking the feeling of being anticipated,” Righ? decides. “Let ’em anticipate till their balls fall off.”