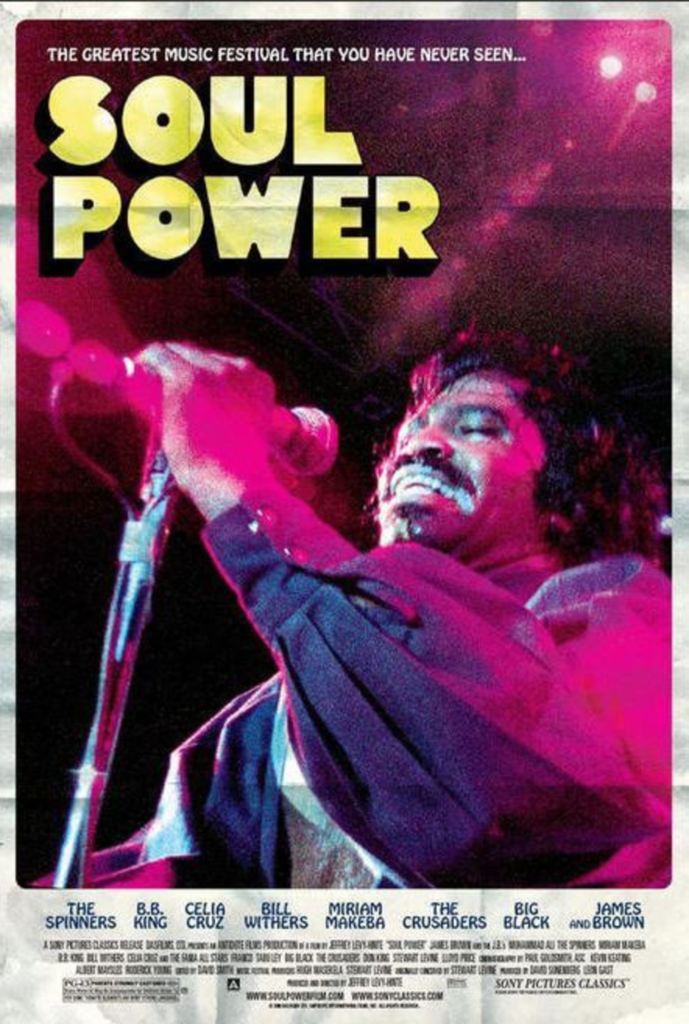 When Muhammad Ali met George Foreman for the Rumble in the Jungle in 1974, there was more than just the boxing match. Granted, the boxing match was epic and a stone classic that resulted in Ali regaining the world heavyweight championship. This was all documented in the film When We Were Kings.

If you enjoyed Leon Gast’s documentary, then you’ve a chance to see the follow-up docSoul Power (directed by Jeff Levy-Hinte from the same bunch of footage) tomorrow night at Lawrence’s Liberty Hall. The film features performances from soul and blues greats like James Brown, B.B. King, and Bill Withers alongside African music stars.