It’s an ultra-British midcentury murder mystery. You get it. 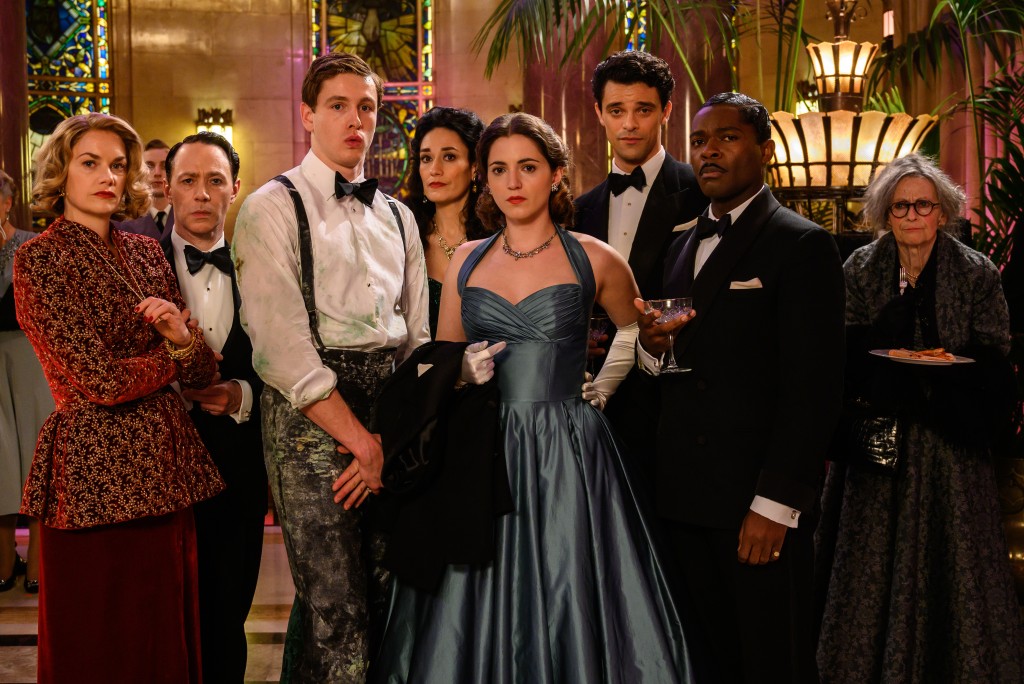 We’re heading into the cozy season, that magical time when you start wearing chunky cardigans, drinking hot beverages with cinnamon in them and making chili. I know the weather right now is trying to tell you summer is still a thing, but the rising inner urge to pick up knitting needles and watch Masterpiece Theater doesn’t lie. Autumn is coming. She’s practically here.

If you, like me, can feel the approach of the objectively best season by a sudden, unquenchable desire for Very British Content to accompany your fiber-based handcrafting, the new film See How They Run, out this weekend, should scratch that itch nicely. While the pleasantly comfy Tom George-directed comic thriller could easily be called out as a light-beer version of Wes Anderson, its detailed decor and quirky dialogue mostly come naturally, and it features a talented cast who seem to be thoroughly enjoying themselves.

See How They Run is a postwar murder mystery set against a production of Agatha Christie’s The Mouse Trap, the West End’s longest-running play to date. American film director Leo Köpernick (Adrien Brody) has been tapped to helm an adaptation of the wildly successful play, but rather than making creative inroads, pisses off everyone around him before getting unceremoniously murdered. Assigned to solve the case are world-weary detective Inspector Stoppard (Sam Rockwell) and his eager rookie partner Constable Stalker (Saoirse Ronan).

Everyone involved in the production is a suspect, from effete screenwriter Mervyn Cocker-Norris (David Oyelowo) to theatrical impresario Petula Spencer (Ruth Wilson) to the play’s leading man—none other than a young Richard Attenborough, played here by Harris Dickinson. As Stoppard and Stalker make their rounds questioning suspects, it turns out the solution to the mystery may be less a case of backstage tension, and has more to do with The Mousetrap’s true crime-based subject matter.

See How They Run has a deep love for British theater and cinema—in addition to Attenborough’s appearance, the movie is packed with easter eggs calling back to important industry locations, figures, movies and events. It’s no coincidence, for example, that the movie unfolds concurrently with the early-50s Rillington Place murders, the movie retelling of which Attenborough would star in two decades later.

The script from Mark Chappell, best known in the states for his work on the series Flaked and The Increasingly Poor Decisions of Todd Margaret, is often quite funny, with Ronan and Rockwell getting the best lines. A few running gags, like Oyelowo’s character’s name sounding naughty if you say it fast, are unnecessarily sophomoric. Otherwise, you’re guaranteed a pleasant chuckle and/or light smile about every five minutes, which for a movie like this is exactly what you’d want.

The whole enterprise is bolstered by a comfortably vintage, oaky aesthetic of the sort that makes you want to curl up with a blanket and a cup of tea. Those meticulous, twee visuals feel of a piece with Wes Anderson or perhaps even the Paddington movies, but unlike either of those examples, none of the elements here feel gratuitous. They’re all in the service of making the setting feel accurate and lived in, with occasional pops of color to keep things lively.

See How They Run isn’t a terribly novel take on its genre, but it is an innately satisfying example of it. This is a movie for a rainy Sunday afternoon or evening, when you’re in the mood for something to follow up a coffee shop visit or help you ease into the evening. You know, a cozy movie. I’m not sure what theater policy is on bringing a knitting project into the theater, but maybe if you ask nicely, they’ll let you bring in that scarf you’re working on.