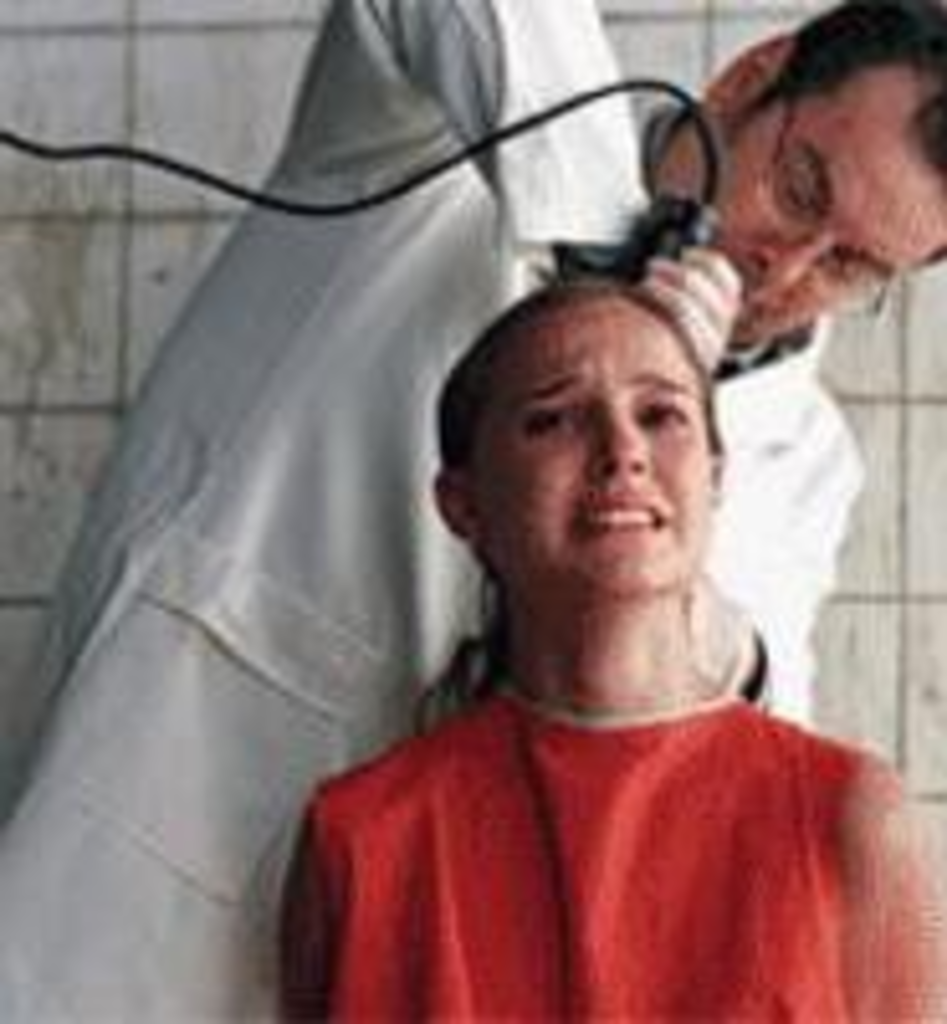 The posters for V for Vendetta read “An uncompromising vision of the future from the creators of The Matrix trilogy.” Uncompromising? It simply isn’t possible to translate Alan Moore’s multilayered comic-book masterpiece into a two-hour movie without making cuts that oversimplify, and it’s certainly not feasible to expect producer Joel Silver to keep things subtle. The notoriously cranky and anti-Hollywood Moore has insisted that his name no longer be used in conjunction with movies made from his work; From Hell (a good movie but an unfaithful adaptation) and The League of Extraordinary Gentlemen (a mess that induced director Stephen Norrington to retire from the business) soured him permanently on such things. In terms of its adherence to the source material, V for Vendetta is a better movie than the others by a long shot. But it’s frustratingly flawed in ways that could have been avoided by hewing closer to Moore’s — and not the Wachowski brothers’ — vision.

Written during the Margaret Thatcher years, Moore’s version depicts a future Britain that has withdrawn from NATO just in time to escape a nuclear war that wiped out every other country. Following a period of chaos and riots, it becomes a fascist dictatorship under the rule of insecure Adam Susan. The protagonist is Evey Hammond, an orphan and teen prostitute. When Evey propositions the wrong man, she is rescued from mortal peril by a vigilante known only as “V,” who wears the mask of Guy Fawkes, an infamous member of a 17th-century plot to blow up Parliament. (A masked, stuffed “Guy” is burned in effigy every year in England on November 5 as fireworks are set off.)

In adapting for the screen, the Wachowski brothers have updated things a bit, imagining a worst-case scenario for the war on terror that leads to large-scale biological attacks and an America crippled by civil war, thereby allowing England to become the top superpower and a fascist theocracy. The dictator, who has come to power through some very Revenge of the Sith-style maneuvering, is here named Adam Sutler and is not at all subtler than his pen-and-ink prototype. Rather, he’s a barking maniac played by John Hurt. Evey Hammond, played by twentysomething Natalie Portman (whose English accent has come a long way since her Queen Amidala days), works as an assistant at a major TV network. V remains the same, perfectly embodied by Hugo Weaving.

The philosophical underpinnings of the original story were like Fight Club before Chuck Palahniuk’s book existed — a charismatic anarchist takes on a repressive system but seems blind to the notion that his own philosophies, if followed to their logical extreme, would merely replace one type of devastating conformity with another. (The Wachowskis emphasize this in their new ending, with mixed results.) Meanwhile, a series of power plays within the government make V’s job even easier. V is the closest thing to a traditional superhero in sight, but he’s also a terrorist, a man driven mad by a twisted past that he has channeled into a vendetta.

We’re meant to question our sympathies for him and to see the human frailties in the ostensibly all-powerful government thugs. But big-studio movies tend to require heroes and villains, so things have been simplified for the screen. Gone is any hint of depth among the fascists, save for police inspector Finch (Stephen Rea), whose favorable qualities are played up — alas, we do not get to see him drop acid at a ruined concentration camp, and a crucial romantic relationship for him has been dropped, which robs a key scene of resonance. V’s vengeance, too, is a lot more rote, and some imaginative setpieces from the book have been replaced by more mundane poisonings.

Also in the book, V was a surrogate father for Evey; here, he has become a surrogate boyfriend. Meanwhile, Evey’s actual love interest has been eliminated, his narrative function fulfilled instead by a gay TV host played by Stephen Fry. His presence may be welcome comic relief for some, but tonally he doesn’t fit, and there’s a silly bit of business with him owning a contraband Quran because he likes its poetic imagery. (Has he read what it says about homosexuality?)

But now the good news: The heart of Moore’s work is a sequence in which Evey is captured, tortured and has her head shaved, finding strength only when she reads a touching story written on toilet paper in the adjacent cell. This sequence has been perfectly preserved, and it’s the big, beating heart of the movie. Because it’s Natalie Portman, she still manages to look beautiful despite what she’s been through, but her performance is note-perfect, and the sequence is as moving as it ought to be.

To many, V for Vendetta will seem radical in its politics, but it would be a mistake to consider it a specific criticism of George W. Bush or Tony Blair. (Though Sutler’s chief propagandist has a Pat Robertsonesque bit about godlessness, the dictator is more Saddam than George W.) From a fan’s perspective, though, one might have wished for a smaller budget and a truly uncompromising vision.