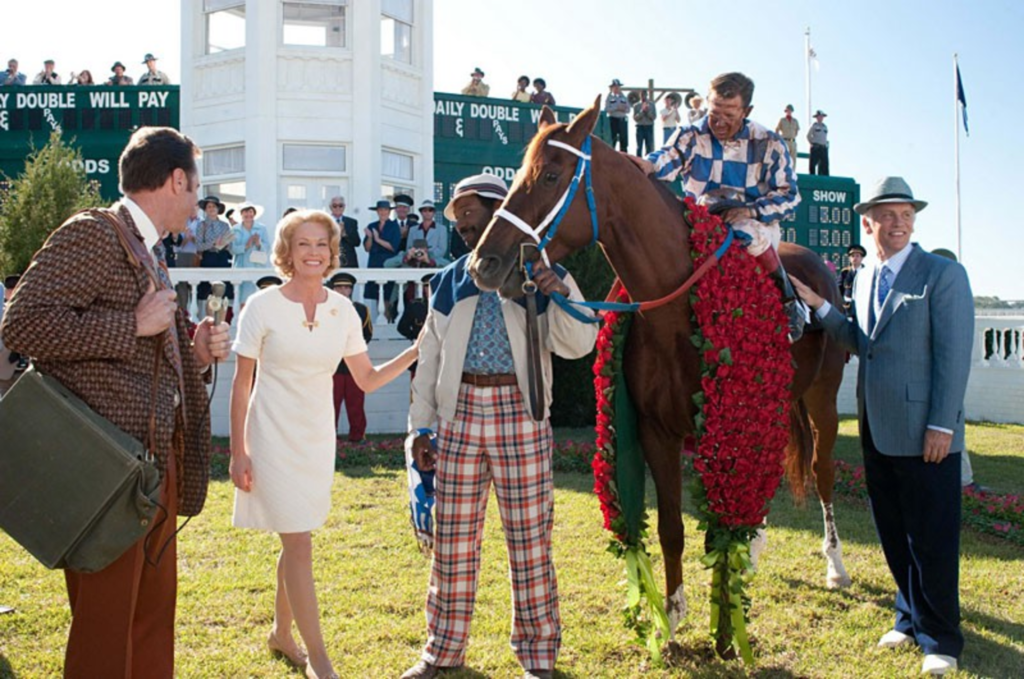 Horses make lousy protagonists, what with their inability to speak, emote or do much of anything other than run or stand around. No surprise, then, that Secretariat employs its subject as merely a vehicle for a human victory-over-adversity story.

This based-on-real-events case involves owner Penny Chenery (Diane Lane) triumphing against the chauvinistic “old boys” — and setting a feminist example in the process for her hippie daughter — by leading Secretariat to Triple Crown glory.

Sexism and classism are the twin hurdles leaped by feisty Penny and her plaid-hat-wearing trainer, Lucien Laurin (a hammy John Malkovich). Along the way, director Randall Wallace goes overboard with mawkish deification. The stallion makes his intro in slow motion set to narration about the biblical tale of Job and is later visualized emerging from roiling storm clouds like a divine steed. And he’s exalted by Malkovich with the trailer-ready proclamation, “He’s not a horse. He’s Secretariat!”

As befitting a Disney period-piece sports drama, cutaways to sunset horizons are plentiful, and social issues of the day are glibly addressed via hoary platitudes. At least the formulaic race footage itself is vigorous; the schmaltzy mythmaking script, on the other hand, deserves a one-way trip to the glue factory.