Second and Delaware is green, sustainable housing in the River Market District 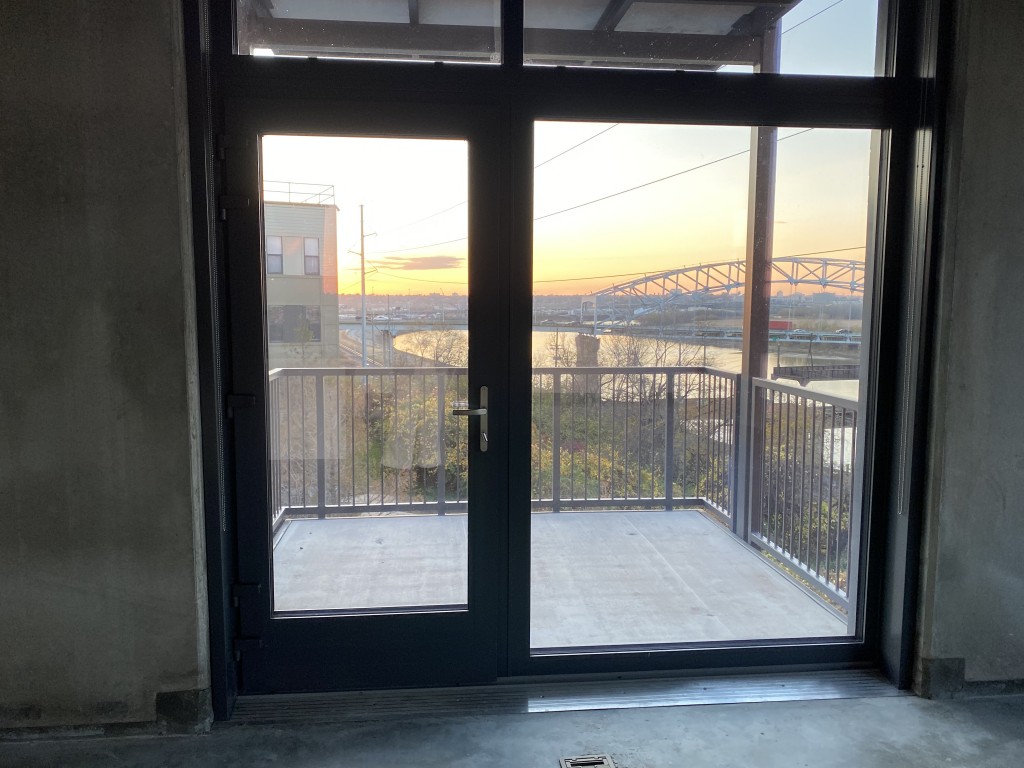 Second and Delaware will open at the beginning of December as the first passive housing development in Kansas City.

This stride for Kansas City not only brings attention to our area for its forward-thinking and radical sustainable practice, but it will return cleaner air quality to its residents. This is a major plus while living in a pandemic, and will also reduce the amount of energy used in the bustling River Market District.

The building boasts 16-inch concrete floors keeping the temperature regulated throughout, as well as the pestering sounds from the outside world, and noise from neighbors inside. Each unit has triple-pane windows allowing for gorgeous views in any space. They open up and let in warming sunlight, but keeping the cool winter air from sneaking in. Predominantly solar-powered, this building uses 90% less energy than size comparable spaces in the district.

Co-developer and principal manager of Second and Delaware, Jonathan Cohn, seems to believe that it only makes sense that Kansas City would be headed in this direction. “Kansas City has a long history of environmental advancement,” he says.

Passive housing may not be something that all are familiar with. It is a building standard cultivated in Europe and brought over to the United States. Simply put, it is a standard for energy efficiency that enforces the basics of building a home. Stronger, thicker installation, heavier windows, concrete flooring for retention, and attention paid to the ways that energy is brought in.

It was important to Cohn and the other developers when creating this space that whoever lives there is able to truly enjoy their entire home. “You can use 100% of the space that you dwell in,” he explains.

While the move-in date is approaching soon, it has been promised before. Originally, Second and Delaware was scheduled to open for living in 2016. With the promise of the energy-efficient facility, rooftop garden spaces, river and city views, and inclusion of electricity and gas in the cost of rent, Margie and Randy Horn are looking forward to moving in after waiting for 4 years.

After deciding to follow their kids to Kansas City from Minnesota in 2016, Margie and Randy were interested in city living while still having access to garden space and looking to include an aspect of sustainability into their new lives here.

They were impressed with co-developer Jonathan Arnolds’ original vision, and it kept them looking forward to the day they could move in. “Moving to a building where electric is, like, $15 a month?” Margie says. “I firmly believe it’s gonna be a flagship for the nation.”

It is the mission statement for the complex that they are “Building for a better life.” Building, used as a noun and a verb, the hopes of expanding and becoming a beacon of hope and a demonstration that this is possible for the future of sustainability in Kansas City housing and beyond.