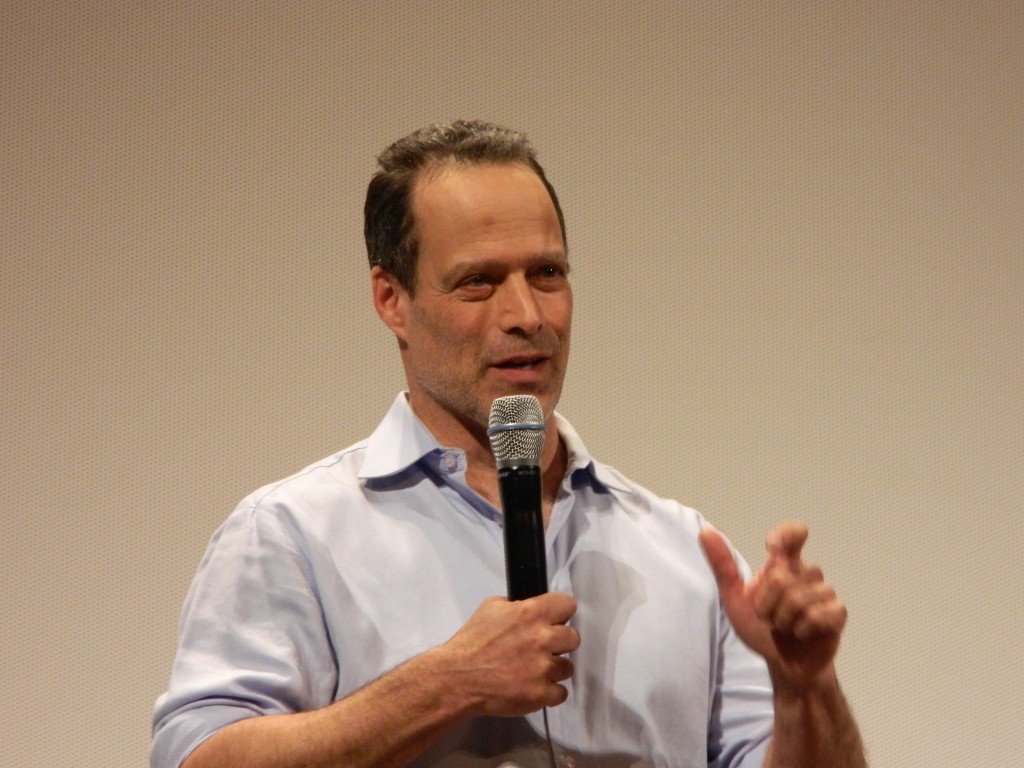 Because he’s covered wars, storms, forest fires, and other cataclysmic events, it’s easy to anticipate what might be in Sebastian Junger’s non-fiction the way it’s reasonable to guess what kind of novel Stephen King might write next.

His breakthrough 1997 book, The Perfect Storm: A True Story of Men against the Sea, documented the last voyage of the six-man crew of the fishing boat the Andrea Gail. It was, of course, the basis of Wolfgang Peterson’s hit movie from 2000.

In his essays and his books War and Tribe, Junger has documented following soldiers in the Afghan war and the role the rest of America owes returning veterans. He also teamed up with Tim Hetherington for an immersive and Oscar-nominated documentary about the war, Restrepo, and examined similar material in Korengal.

A native of Belmont, MA, Junger documented the 1963 rape and murder of Bessie Goldberg and raises the possibility that the killer could have been Albert DeSlavo, a.k.a. the Boston Strangler.

His new book, Freedom, explores what makes some struggle for independence work when others do not. The book has 160 pages, but its scope is astonishingly wide. In addition to recounting a journey that’s also depicted in his documentary The Last Patrol, Freedom finds intriguing connections between The French-Indian War, Ireland’s Easter Rebellion, and his own experiences in Afghanistan.

The Pitch contacted Junger by phone and has excised anything from the conversation that wasn’t as lean and informative as the new book itself. 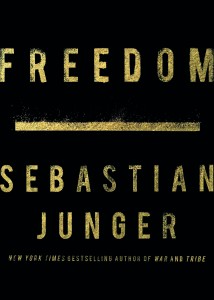 Much of Freedom is based around a trek on foot along the train tracks on the Eastern side of the country. What made you and some veterans you documented in both Restrepo and War want to do this?

It was just a couple of guys who were in the military. They just happened to be guys I was pretty close to. The trip really wasn’t about that. They were just the kind of guys that would work out there. It’s a weird environment, and it seemed like a good fit.

Originally, I was going to do the trip with Tim Hetherington, my colleague I made Restrepo with, I thought staring up at the Amtrak window on a trip to Washington DC with Tim when we were trying to sell our film to National Geographic.

And I said as I was staring out the window, there’s dirt bike trails. There’s cornfields. You could walk this whole thing. Let’s do it after Restrepo is over with. I like the fact that railroad lines go right through the center of America. I could really see the country from the inside out. I liked that it was kind of a weird no man’s land that you’re weaving through society when you’re hiking through the Appalachian Trail, and that’s lovely. But I liked the slightly sort of vagrant aspect of it. I wanted to see my country, and I wanted to see my own society from a different perspective, and I wanted to see myself from a different perspective.

And then Tim got killed (covering the war in Libya), and so I called a couple of the guys who knew Tim really well from Restrepo. I called the guy who was holding Tim’s hand when he died, Guillermo Cervera. He’s an amazing photographer, and I got to know him quite well because of what happened. Everyone was in. So, we took the train down to Union Station in Washington, D.C.

The book also deals with what makes insurgencies like the Easter Rebellion in Ireland or the long fight that Apaches had against the United States government successful. One intriguing aspect is that you pointed out that having women involved in an insurgency seems essential.

I don’t think I said that, but having women with the underdog group greatly amplifies its capability. I can repeat what I said in the book. Women often have a lateral support network that the authorities have a hard time penetrating. The authorities are also loathe to use violence against women.

That’s basically a force multiplier on the street. It also takes both sexes to run a society. If a group is trying to change the nature of a country or the nature of a society and you don’t have both sexes buying into that, it’s probably not going to work.

Because you have documented Afghanistan in your books Fire and War and in Restrepo and Korengal, I’m curious to know what you think of President Biden’s plan to withdraw American troops on September 11 of this year.

Like with the withdrawal from Iraq and the decision to engage with ISIS, every military decision has an upside and a downside. The upside to withdrawing from Afghanistan is that there’s no more American casualties over there, and we will cease to be a provocation to some elements of Afghan society. The Taliban can no longer say that “We must fight the Infidel and rally around and drive him out.” That rhetoric will no longer work. That’s a huge upside.

The book points out that having large forces and high-tech weaponry isn’t that useful if your targets aren’t similar. The Irish and Afghani commander Ahmad Shah Massoud both fought larger, better-equipped forces.

Those airstrikes (from the Soviets and the Americans) can kill fighters on the ground, but insurgencies almost by definition don’t have infrastructure. But you can’t as we found out in Vietnam and the Russians found out in Afghanistan, that you can’t kill your way to victory over an insurgency, particularly one that has grassroots support.

There’s just no way to do it.

In that sense, all that armament does not provide a crucial advantage, and it also has a disadvantage. The optics are we should be able to win this easily. It’s like the big guy in the bar fight. Oh, he’s definitely going to win, but the very thing that makes that guy or that military look like they have that advantage are associated with very substantial, tactical vulnerabilities. And that’s where it gets interesting.

As you pointed out in the book, the Apaches held out for as long as they did because they didn’t have to decimate the Union Army. They just had to fight long enough for the rest of the tribe to escape. Why was that effective?

It was effective in a sense, but eventually, they lost. There was no other alternative. They weren’t going to outright defeat a power like the United States in an ongoing war. They were too lightly armed. They were too few. They didn’t themselves control territory. They were fighting so they could continue the life they were living.

They didn’t have to defeat America, and they needed American guns. They didn’t need to wipe America out. They needed to fight long enough to escape and keep living the way they were living.

Because you’ve covered activities like war and fighting forest fires, I was a little sad that your trek on foot along the East Coast came to an abrupt end. It made me worried I wouldn’t get to read more of your books because a lot of what you write is based on physically taxing activities.

I’m 59-years-old, and I think I could throw on a rucksack and probably do the same trip all over again, but I have two young children now, so I wouldn’t do that.

You know the human body, if you maintain it, can retain its athleticism and endurance well into the 60s or 70s. There was a gentleman who was 74-years-old, and I think he just ran a three-hour marathon.

A lot of what appears to be aging, like Nana, the Apache leader who took his boys on 1,500-mile rampage over six weeks in the 1880s and was pursued by the U.S. military. He killed some 50 people and captured 200 to 500 head of cattle and horses. He did that at age 75. A lot of what people see as aging is actually a sedentary lifestyle. Eventually, age will take you out.

You have almost made a brand name of your type of stories. In recounting her research for her history of Hawaii, Unfamiliar Fishes, historian Sarah Vowell says that she had a “Sebastian Junger” moment when she looked over a cliff to see where the events she was documenting took place.

Oh, my God (laughs). I’m terrified of heights, by the way. That’s an ironic moment right there.