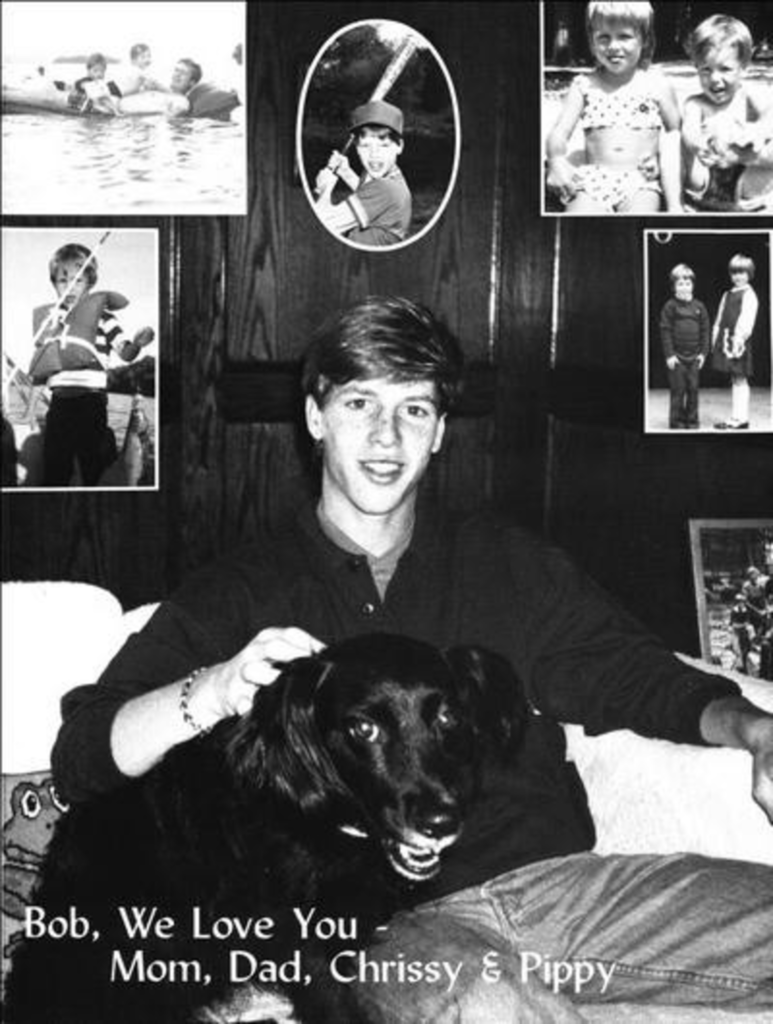 Bobby, from his high school yearbook

Earlier this week, The Kansas City Star’s Dan Margolies wrote this article about Robert Coughlin, the Pembroke Hill graduate who got embroiled in the Jack Abramoff scandal. Bobby, a high-ranking Justice Department official, supposedly accepted free meals and tickets from Abramoff’s firm. He pleaded guilty to a single count of conflict of interest.

Bobby and I were in the same class at Pembroke, and it’s always a little weird to hear about former classmates in the news. I barely knew him back in school, even though our graduating class had something like 78 people in it. Until the news broke, I had no idea that his grandfather was a big political guy in New Hampshire. Or that his sister’s a musician. Back in high school, he was the swaggering letter-jacket-wearing popular guy, and I was the awkwardly shy orchestra nerd, so we didn’t really interact.

My one memory of him from school was the time he kind of pushed someone into me. We were in choir together, and as we rehearsed walking onto the stage in a single-file line, I passed by him. He grabbed the guy next to him and gave him a quick shove in my direction. No contact was made, but it’s just the one thing that stands out for me about him – the typical high school memory that seemed like a significant affront at the time but means nothing now. And yeah, who really wants to be remembered for their high school selves? Well, plenty of people still do, I guess.

I remember thinking he was all right by the time senior year rolled around. Then, finally, it was graduation. That was the last I saw of him. The guy I sat nearby during assemblies (thanks, alphabetization system) remained a stranger.