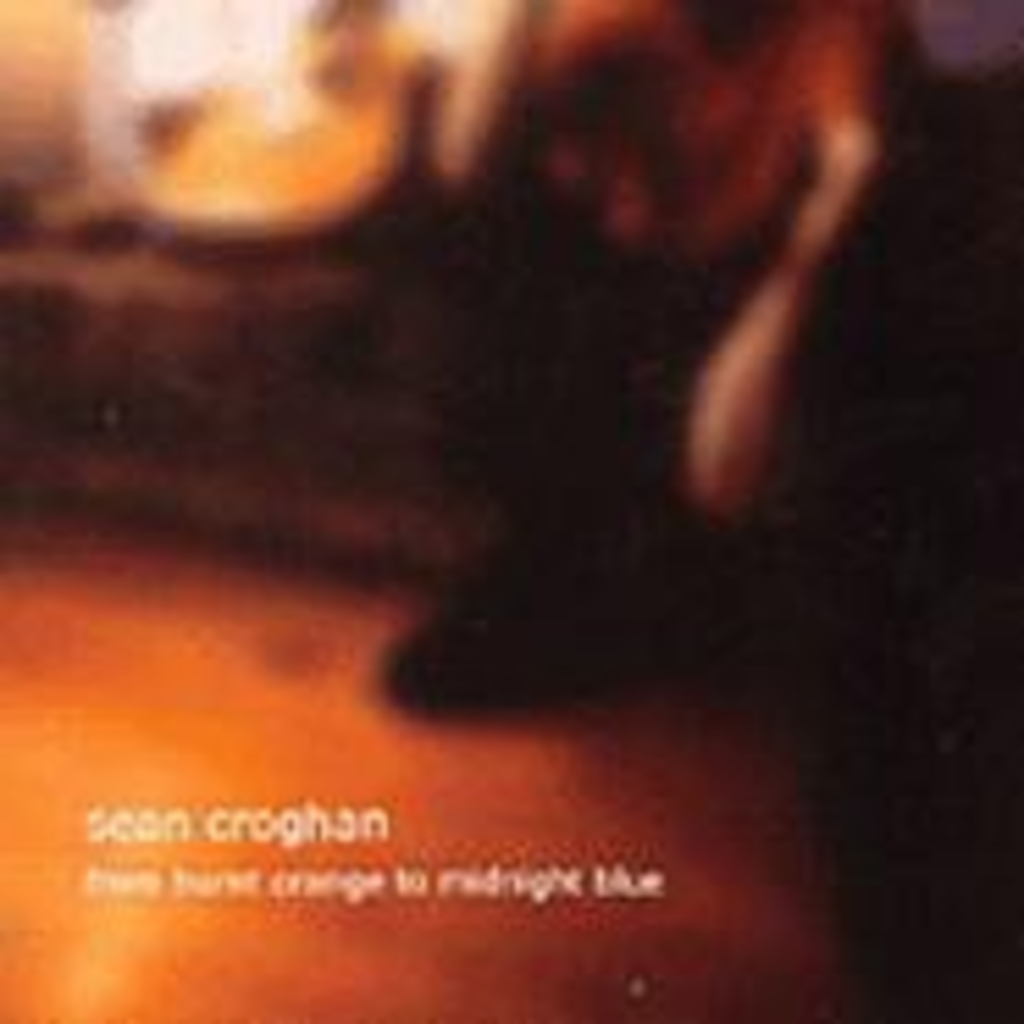 Sean Croghan has fronted a punk outfit (Crackerband) and a power-pop unit (Jr. High), neither of which produced music that shares much in common with From Burnt Orange to Midnight Blue. Croghan’s solo songs, simply played by him and a group of friends (including the Minders’ Martyn Leaper and Rebecca Cole), are mostly slow and stately, with lyrical barbs (the wages of sin, they’re above union scale, he sings on “Cupid’s Credit Card”) that sink deeper than the melodies’ spartan hooks. “Little Miss Whiplash” jauntily signals the disc’s halfway mark with Procul Harum-at-the-circus organ lines and a falsetto chorus, and the Band-like boogie “It’s Gonna Be Alright” tears the disc open just as the end is in sight. But it’s the blue songs more than the burnt-orange numbers that make Croghan’s album a keeper. His voice, a sturdily appealing cross between Alejandro Escovedo’s and Roger Rabbit’s, bears out his label’s tag that Croghan is “[Bud] Abbott and Elvis Costello.” As a lyricist, he takes the former’s role with the latter’s skill, a straight man with a guitar.