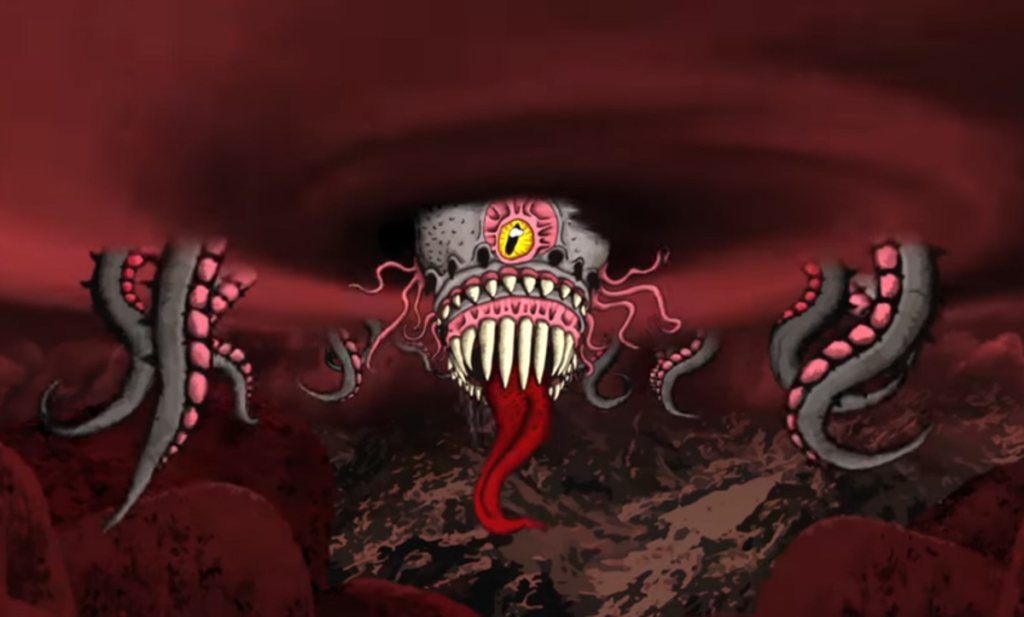 Between the NCAA tournament and opening day of baseball season, we know you’ve been spending a lot of time staring at a screen lately. But now is not the time to stop all that. There many amazing things going on in local music right now onto which you should lock your eyes. Below, check out garage rock from Scruffy & The Janitors, doomy metal from Hyborian, smooth indie from Carswell & Hope, and hip-hop from K.T., Cuee, Gee Watts, and more. Welcome to April’s installment of Cine Local.

Scruffy & The Janitors, “The Spins”

I feel like St. Joe’s Scruffy & The Janitors should be way bigger than they are. Is that an unreasonable thing to say? They’re catchy as hell, and when I listen to them it makes me want to get drunk, or at least half-drunk. The band is a throwback to the days of Estrus Records and Sympathy for the Record Industry, but without all the unnecessary kitsch. It’s just rock ‘n’ roll, suitable for basements or club stages. You can snag Scruffy & The Janitors’ new album, Modeling Is Hard, from Bandcamp. The release show for the album is Friday, April 6, at the Riot Room with Momma’s Boy and Toughies. Details on that show here.

This track is off K.T.’s The Thrown Is Taken, released back in September of last year. The video’s shot at a barber shop and a mini-mart, which still manage to look pretty damn tough, thanks to a particular shot where you can see K.T. in the security camera. I can’t explain it, but that image just looks cool as all hell, and is a damned cool cinematic trick which makes the video of “Think They Know Me” stand out. Also: the fact that K.T. drops a few bars while getting a straight razor shave without breaking eye contact with the camera might be the absolute most baller image ever.

You can purchase The Thrown Is Back via iTunes.

This is a live version of a song from Carswell & Hope’s upcoming Exit Plan album, due out May 22, recorded at a Sofar Sounds performance back in November of 2017. Sofar Sounds “reimagines live events through curated, secret performances in intimate settings in more than 350 cities around the world,” according to its website. Essentially, you buy a ticket to a show, and you don’t know who’s playing or exactly where it is. In this case, you got a three-piece, slightly acoustic version of the usually five-piece electric indie band from Lawrence, playing some new stuff, so I’d assume it was worth the risk.

You can pre-order Exit Plan here.

The next SoFar Sounds Kansas City show is on April 16, and is somewhere downtown. RSVP here.

Fun story: my wife and I were walking back to our car after hitting up the Kansas City Auto Show a few weeks back, and we came across someone shooting a video outside the main entrance to the Kauffman Center. We hung around until the song ended, and I introduced myself to the guys shooting. The man with the camera was director Ju Rou, and the artist was Yung Shadoe. This is that video. Good stuff, too.

The long-running jazzy swing band performs a cut from the forthcoming Grand Marquis album, Brighter Days, due out April 28. It’s a bouncy, bluesy number with a rhythm that borders on upbeat reggae. Fun stuff, and the live sound is fantastic. Paired with the video work of David Hamilton, it’s almost like you’re there in the room with them.

You can pre-order Brighter Days here.

I have no idea who Chauncey Berry is, or where exactly in Kansas City he’s from, but this is hella good. It’s the work of a kid, obviously, but man — Chauncey is trying so hard, and he just keeps going, and there’s some surprising force behind that little boy’s voice. Props to pulling lyrics from Kodak Black and others, but making it all his own. If he keeps at it, this kid’s gonna be rapping places other than his bedroom in no time.

In February of last year, after Topeka technical death metal band Origin finished tracking its seventh album, Unparalleled Universe, it played a show at the Riot Room. As part of that show, the band pulled former guitarists Clint Appelhanz and Jeremy Turner onstage, and guitarist Paul Ryan stepped to the front to perform the opening track from Origin’s self-titled debut, the brutally abrasive Bonecrusher Chronicles.

Origin’s next show in the area is also at the Riot Room, on Saturday, May 19. Details on that here.

Hyborian’s debut LP, Vol. 1, was recently re-released by the band’s new label, Season of Mist, and to celebrate, there’s a brand-new music video for the track “Maelstrom.” It’s animated by the band’s frontman and guitarist, Martin Bush. In the video, “We join our hero as he nears the end of his quest …” and then things take a turn for the Lovecraftian, Cronenbergian, and just-generally-bloody-as-all-hellian. It’s like a nightmarish fantasy by way of Metalocalypse and a bunch of mescaline — in a good way.

From what it looks like, director L.A. France shot this at the Riot Room. It’s hard to miss those big advertisements out on the back patio. The constant switching between inside, outside, and the stage gives the video a lot more production value than you’d think, though. Scotty Wu’s collab with The Epitome, Hennessy Hokage, is out on Friday, April 20, via IndyGround. The release show is that night at MiniBar. Details on that show here.

BalconyTV is dedicated to “rock the world of music via Balconies.” That seems like a very, very specific goal, but there you are, and here we have Drop A Grand performing on the balcony of The Terrace On Grand. Clever. The performance is rocking, the interview after is almost entertaining in its painful awkwardness, and it sounds amazing. Fun times.

Cuee in the Rap Cab

Trey Miller’s Rap Cab has only been going for a couple of months, and it snagged the likes of Ray Muney for its debut installment. The latest episode, featuring Lawrence rapper, Cuee, absolutely kills it. If you’ve missed her performing live around town, make it a priority to see her amazing and enthusiastic sets. Her new mixtape, Shameless Part 2, is out now and features “Shook,” which she performs here.

We were big fans of the Bristol Nite-directed video for Khari Rufus’ “Say You” when it dropped last November, so it’s great to see them back with another audio-visual batch of weirdness. They’ve upped the animation quite a bit, and the way the video jumps between styles really does a fantastic job of mirroring the rhythmic and mood shifts Chris Swap brings to the song. There’s also a follow-the-bouncing-ball sing-along section shot at the entrance to the Union Station planetarium, which is definitely a new one.

It appears that Gee Watts has your summer jam ready, well ahead of schedule. “Caesar’s Palace” is a scintillating, shimmering piece of music, and the video looks like it was shot in the middle of a dream. Props to including someone rapping in front of a waterfall, as well as what looks like a clip from Predator, in the same video. It’s the trippiest damned daydream I’ve ever seen.