Scribe’s rhino will be a limited-edition toy 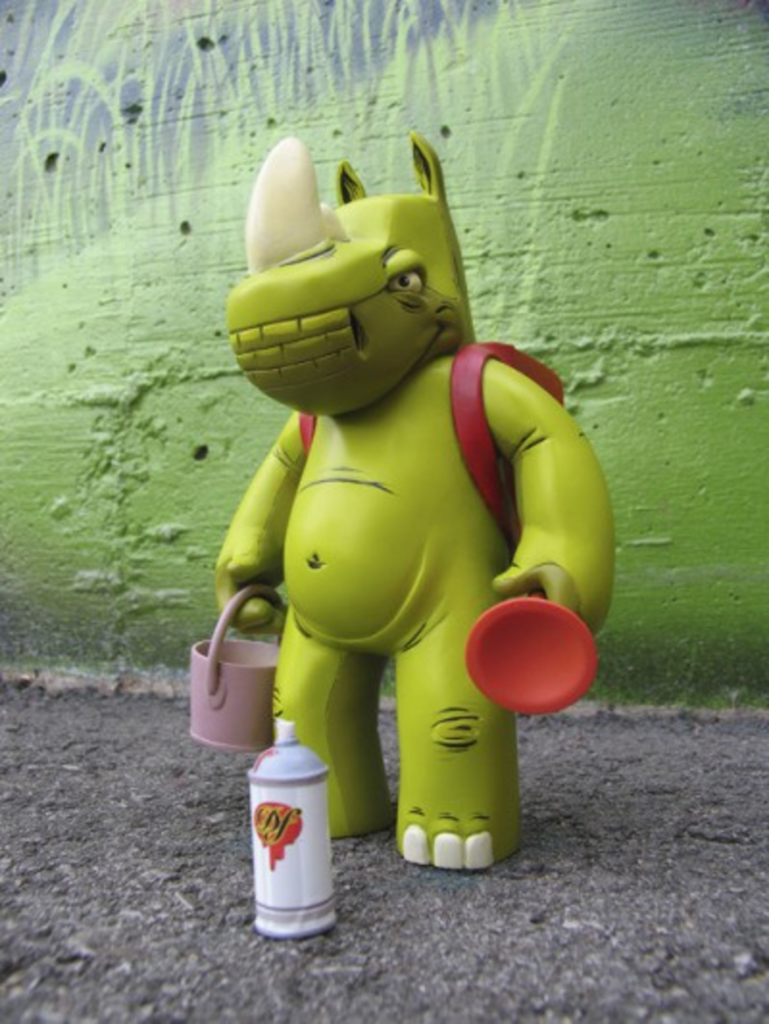 About a week ago, Vinyl Pulse announced that Kansas City graffiti artist Scribe would be releasing a limited-edition Rumpus the rhino toy.

After I saw the post on Vinyl Pulse, I e-mailed Scribe, who was cool enough to send over these sweet photos of the toy. He also filled in

some details about Rumpus’ first toy: 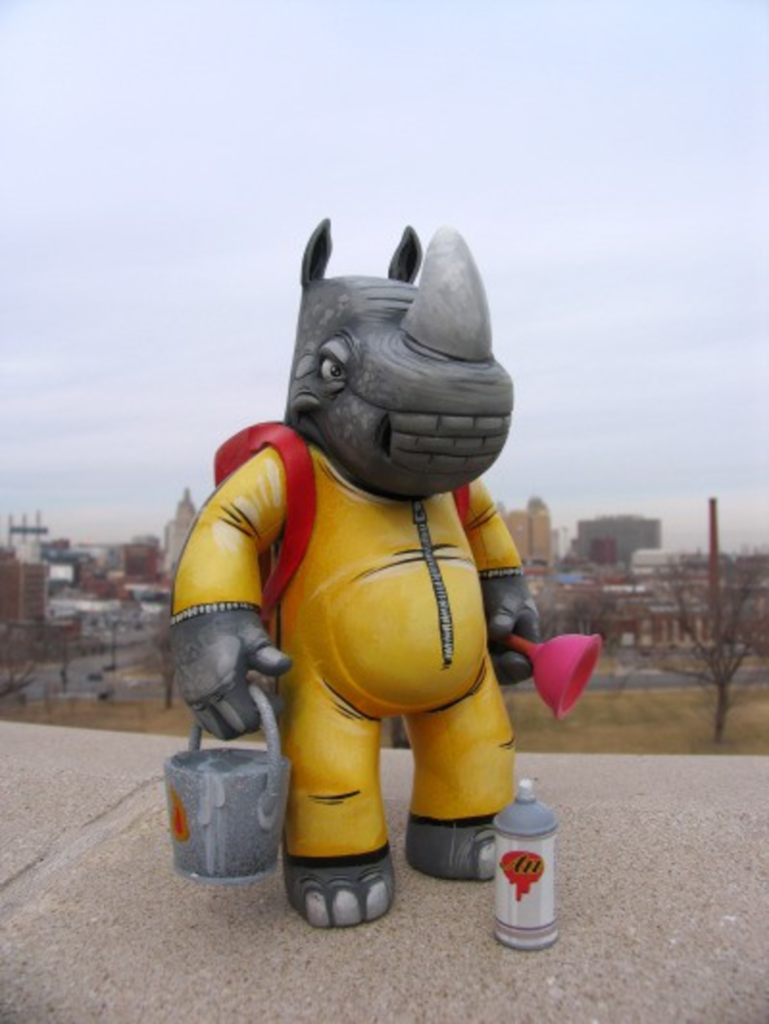 Rumpus may not be the only Scribe character to be immortalized in toy form.

“We are not sure yet if we will do any more of the rhino, but there is possible plans for another character seen a lot around KC,” Scribe wrote.

I’d love to get my hands on one of the rhinos, and I can’t wait to see the next Scribe character to jump off the wall into the 3-D world.